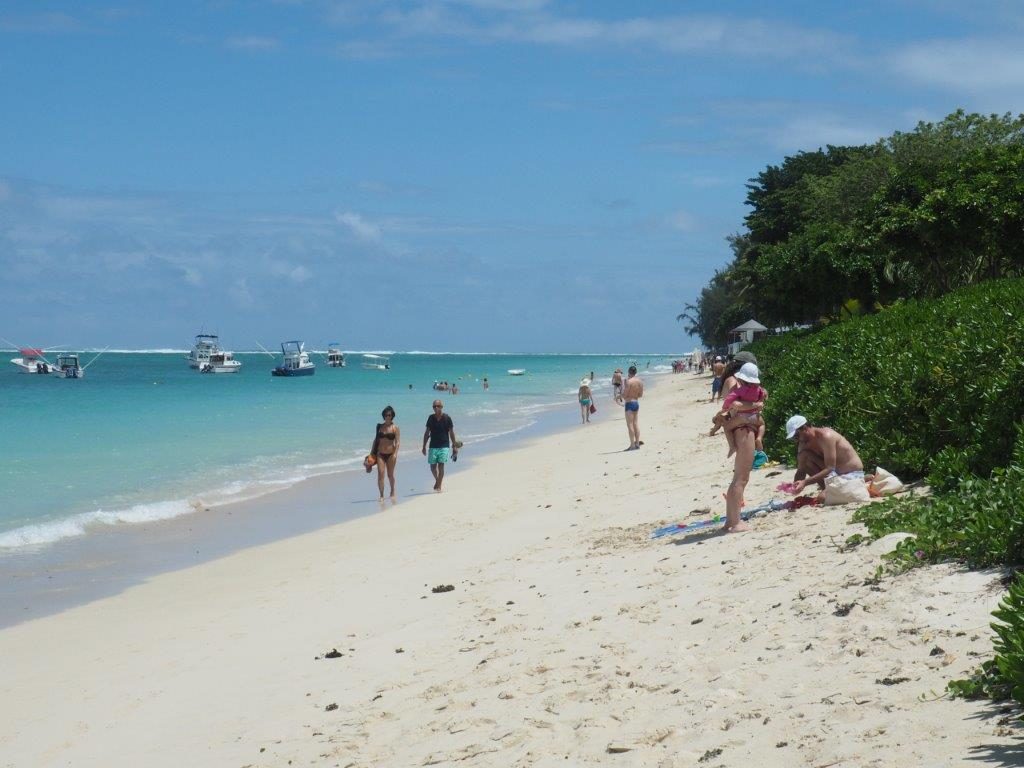 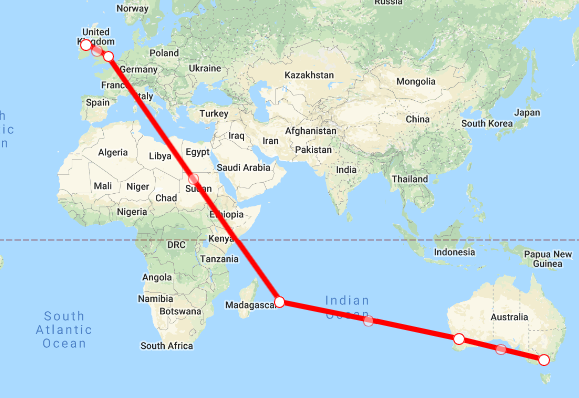 We rented a three bedroom apartment in Flic-en-Flac on the west coast of Mauritius (we tried for just one bedroom but they’re hard to find!) for our two week trip. And hired a car. Definitely not our usual scummy cheap, backpacker style. Maybe we’re growing up. And we were two minutes from the beach. 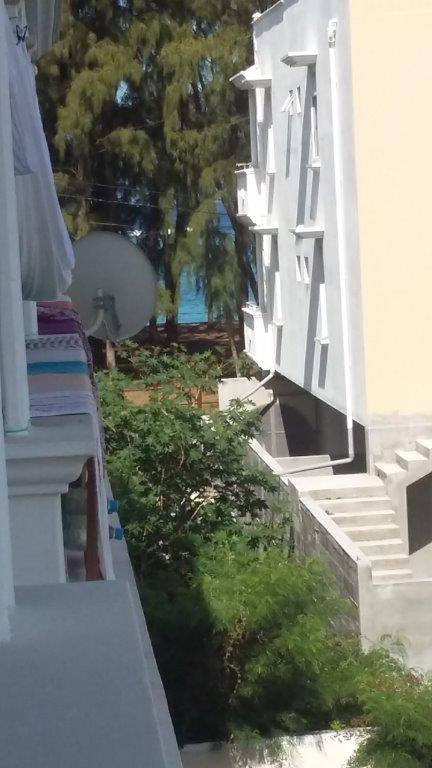 This is our balcony. That blue bit is the Indian Ocean.

Having a car and not taking random public transport and things like that definitely saved us time but I did feel a slight disconnect from the local life. But then again, Barry probably wouldn’t have got on a bus with me to travel 30km over 2 hours so a car was definitely the way to see more of the island.

The island is really green and hilly. Probably helped by the buckets of rain we got over our two week stay. 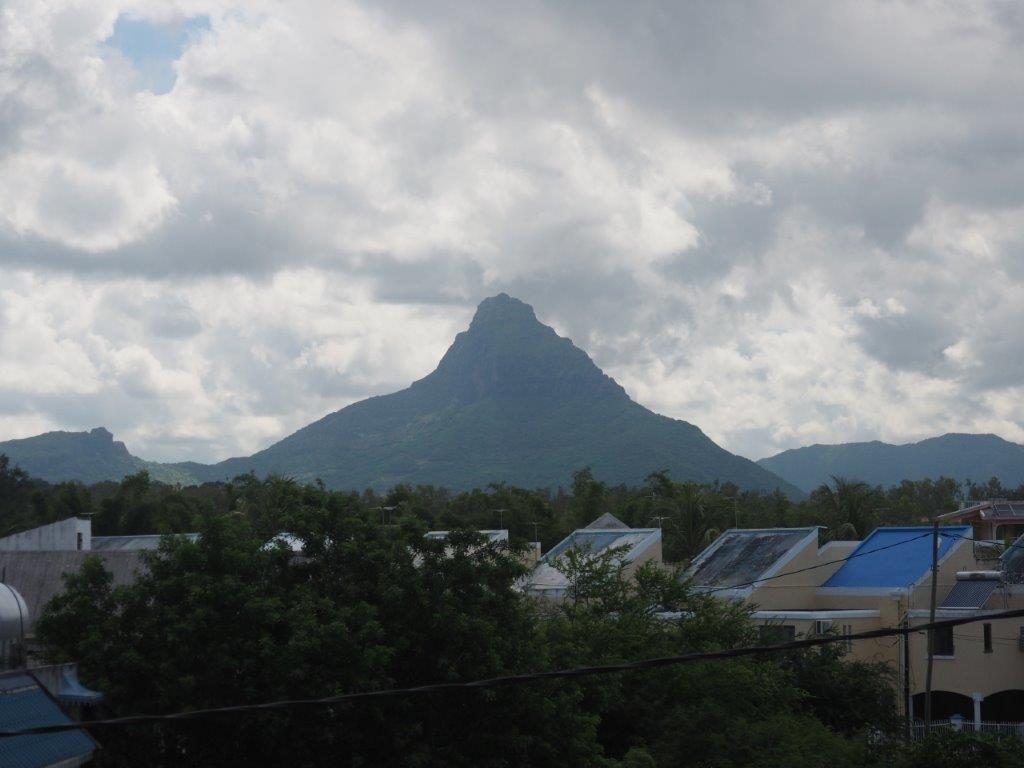 We got lots of sunshine too. When we weren’t sleeping, we were jogging along ‘our’ beach or swimming in the gloriously warm water. 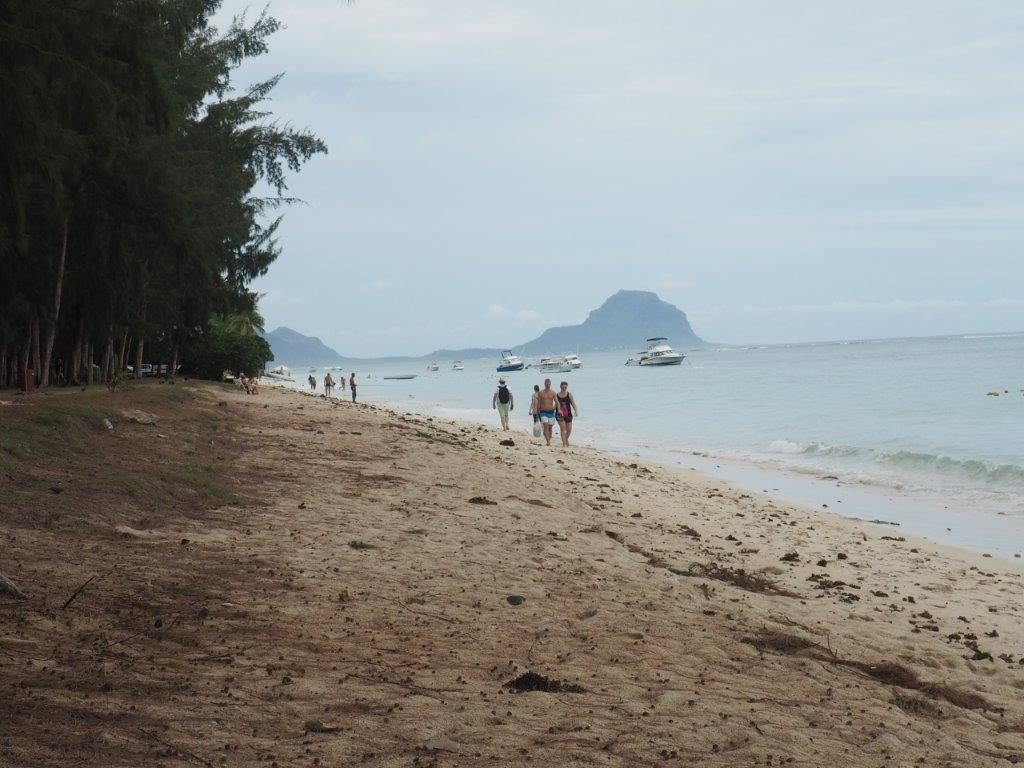 Our beach had enough shade to keep Barry happy.

When it was raining, we went on road trips.

Mauritius is pretty much surrounded by a coral reef, meaning the water is generally pretty calm within the reef break, and quite shallow. The water temperature is perfect. Warm enough to jump straight in without a shiver, just the right side of cool to be a little refreshing. The water is made up of those almost impossible blues and greens that you only ever see in the tropics.

The Indian Ocean has the best colours. 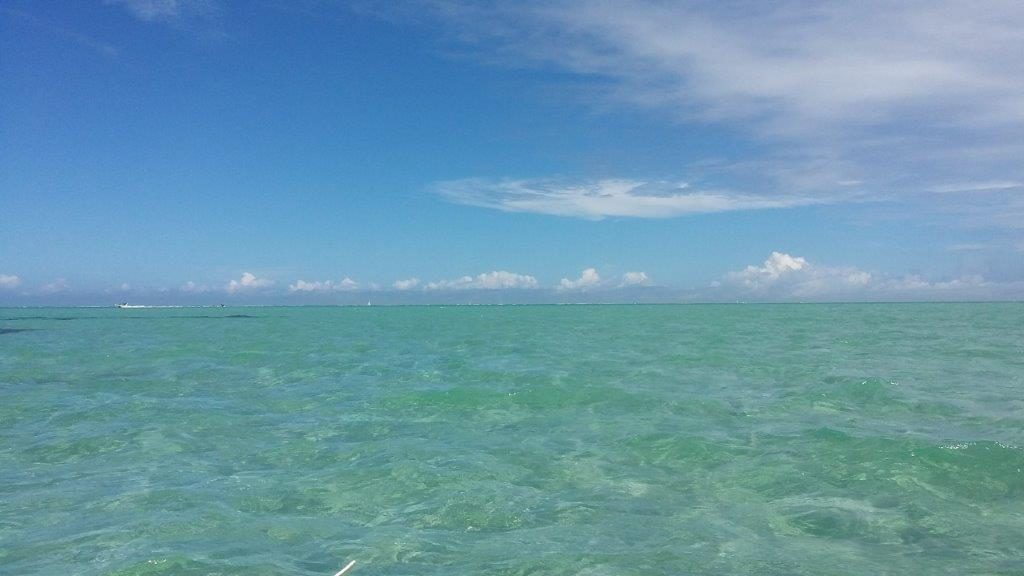 I love a tropical island.