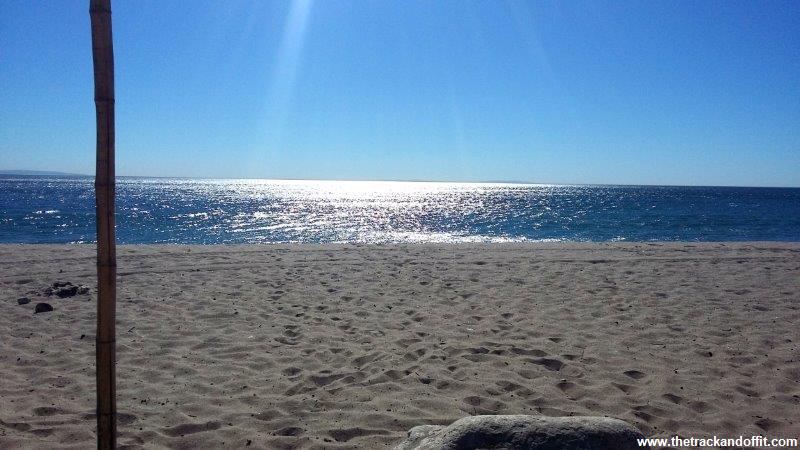 ‘All the leaves are brown, and the sky is grey…’

The words of the Mamas & the Papas (though I know them better from The Beach Boys) went round and round my head. Actually, they still are.

I can see why they were dreaming of California during the winter. I thought I would feel the cold after a summer in Australia but the skies are blue, the sun is warm and winter in California is lovely. At least along the coast.

Jet lag from Australia is diminished somewhat when you see the lovely golden sand beaches and feel the warmth on your face. It probably also doesn’t hurt when there are folk (Barry’s parents) to pick you up from the airport, keep you awake for the day and drive you along the Pacific Coast Highway. 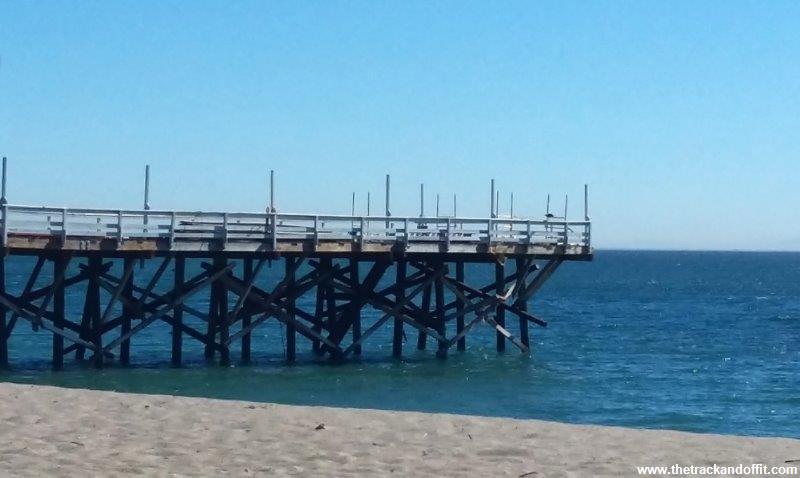 We passed beaches with white sand, deep blue seas, palm trees and surfers. Everything you could want when you’re California Dreamin’. 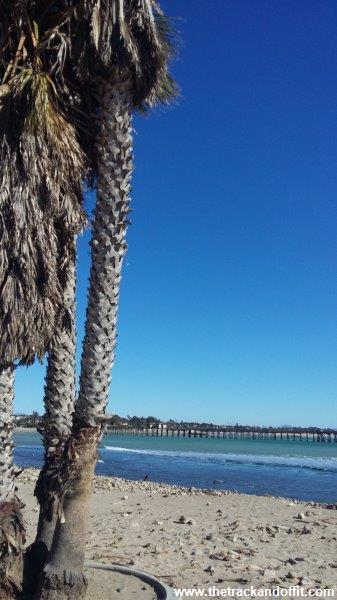 We spent a night in Lompoc (which a park ranger later told us is considered to be the armpit of California). I took it to be an average, everyday, ordinary American town. It was a good enough place to go so to sleep at 7.30pm (so that jet lag thing did catch up with us) with cheap and comfortable beds.

This part of the country/state once belonged to Mexico and the influence is still evident. Apparently Russia established communities in Southern California as well but I didn’t see much evidence of that. For a taste of Mexico we visited the former La Purisima Catholic Mission. 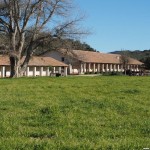 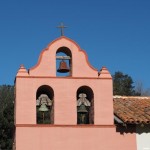 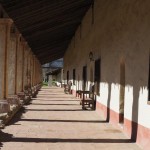 It was an interesting community founded in 1787 which supported 847 people with 9000 head of cattle, lots of sheep, some geese and ducks.

It being the winter season on a week day, the grounds were very quiet and we had a peaceful time exploring the buildings, checking out the hides which would be turned to leather, the weaving looms, the church buildings and Indian settlement areas. 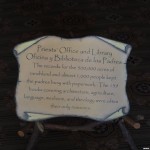 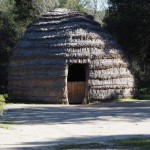 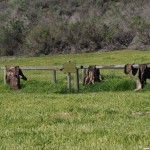 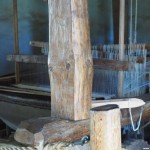 Also, I saw a bird with a long neck. I think it’s a heron. Or something like that. 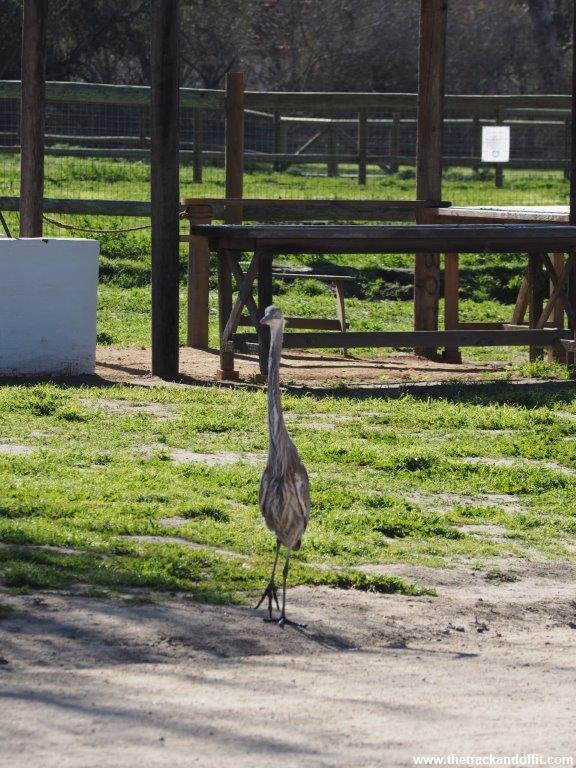 We continued our drive and north of Morro Bay came across my favourite part of the trip so far – a colony of Elephant Seals! It’s breeding season during February and it was amazing watching the huge seals swimming or lazing on the beach.

I wonder, are they called Elephant Seals because they’re so big or because they have a funny wee trunk style nose? Either way, they are awesome. 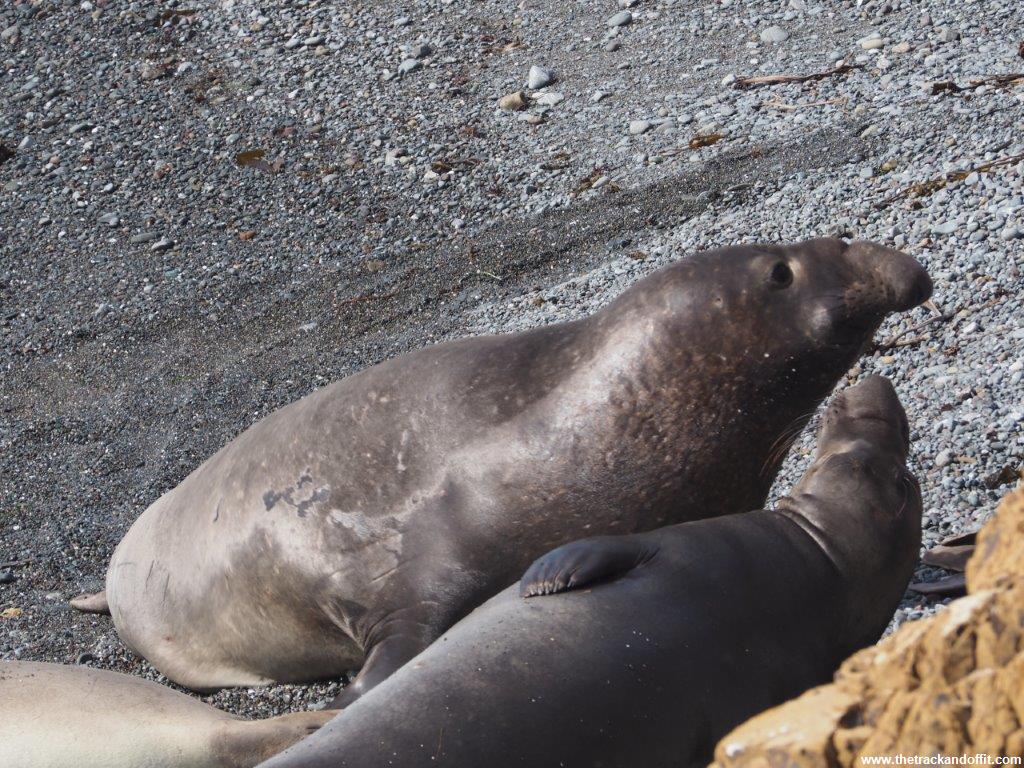 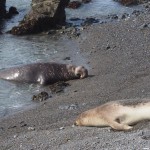 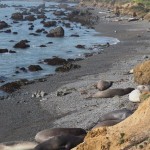 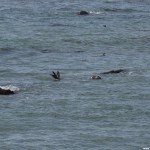 Another awesome thing is the big California Redwood trees in Big Sur, our next stop (just don’t go back to Big Sur…The Thrills – I think I’ll need to make a California road trip playlist). 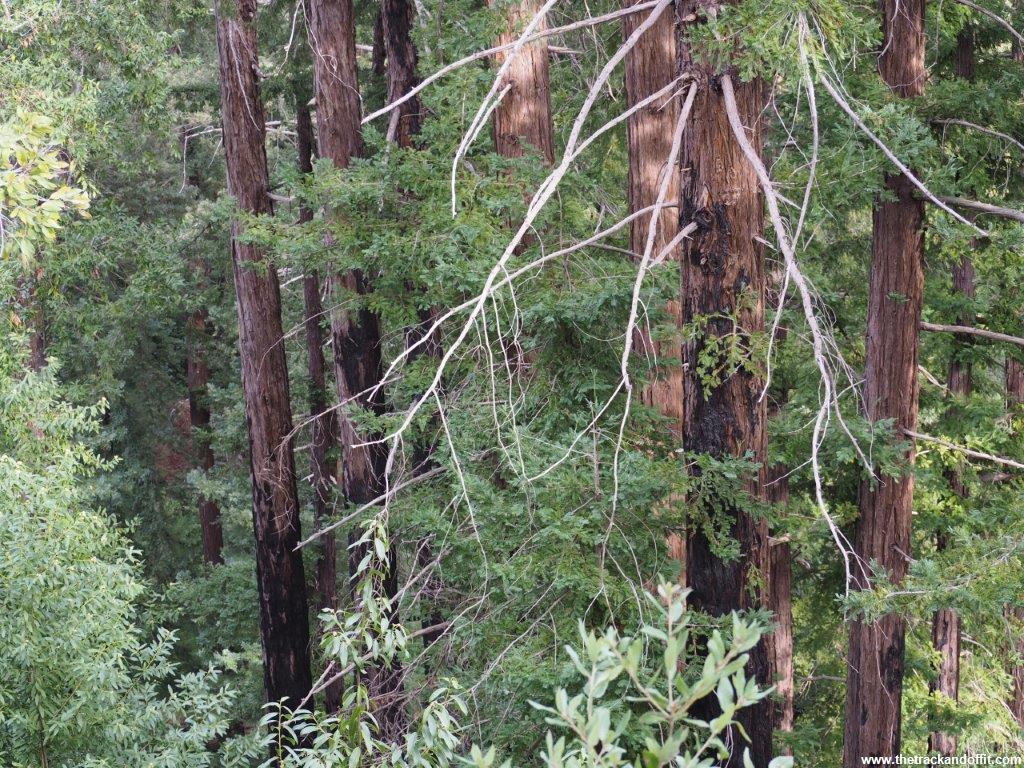 Barry can go home now, these Redwoods, like the Colonial Tree (the biggest Redwood in Pfeiffer Big Sur State Park), are the only thing he wanted to see. 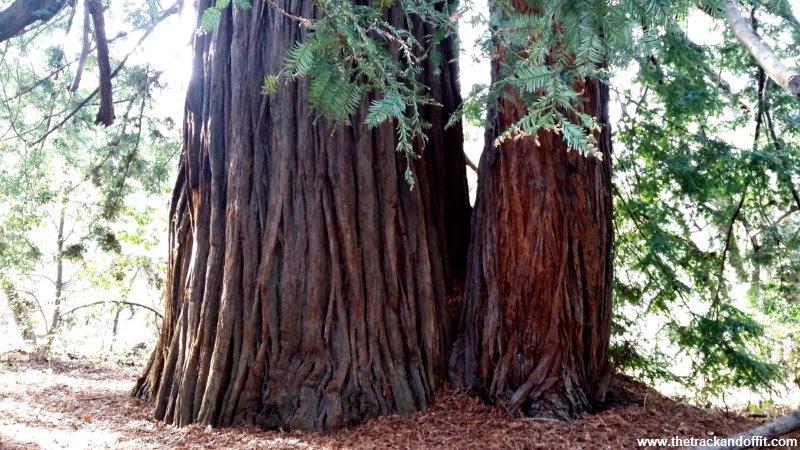 Can’t get my arms around this

Walking among these giants of the forest was wonderful. They’re so straight and so very tall. Just a wee bit taller than me anyway. The tree trunks are soft to touch which apparently helps during bush fires. I could see the burn scars on some of the older trees but they were still living, and growing. The Redwoods are also amazing in that they convert fog to moisture for growing. Is that why they’re so straight and tall? 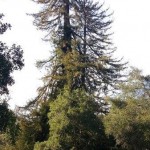 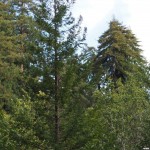 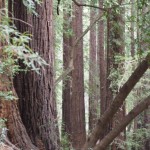 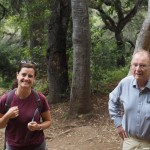 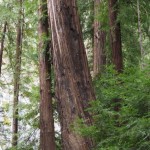 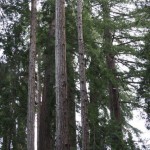 We only explored a small section of the Californian coast as we only had three days before needing to get the Airbnb place Barry’s folks found for a week near the Joshua Tree National Park. What adventures (and songs) does the desert have in store?