I find Ho Chi Minh overwhelming with it’s chaos, traffic and pollution. I met somebody who described Saigon as not having a soul as it was hard to connect with the city. I’m not sure I’d go that far but I was certainly happy to escape the heat, the hustle and bustle and hit the beach in Da Nang. 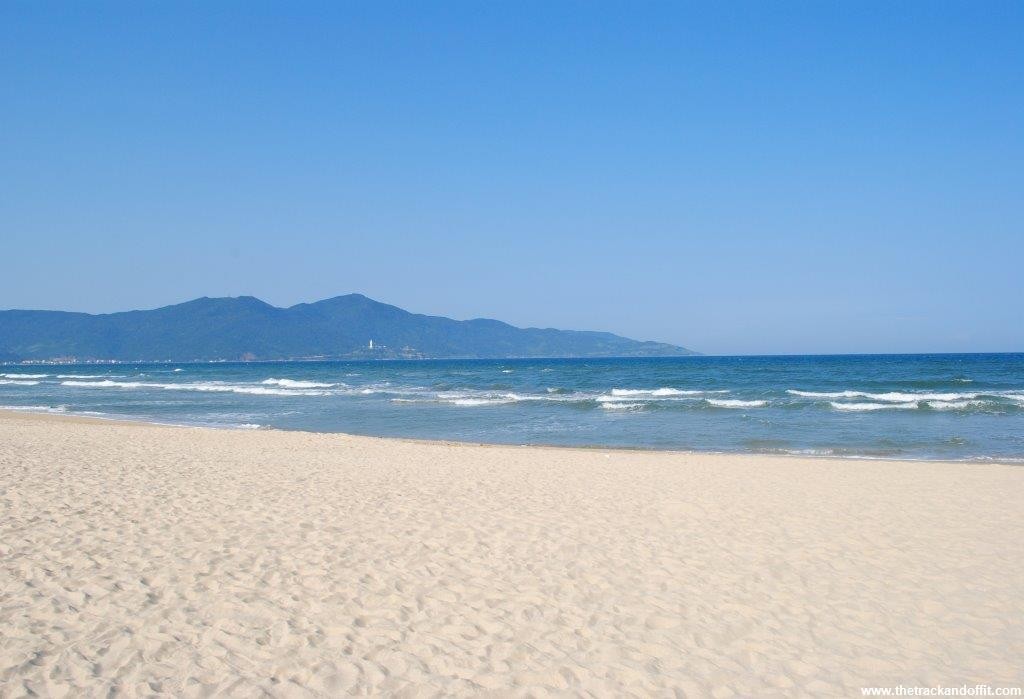 Da Nang has a number of benefits over the big city.The temperatures are slightly cooler (at least in March) and slightly less humid than in Saigon, prices are slightly lower for most things and there’s a beach. What more could you ask for? Oh yes, Hoi An is just down the road. 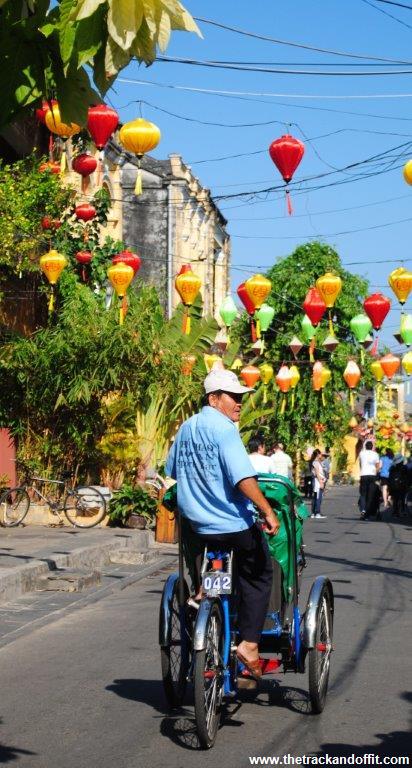 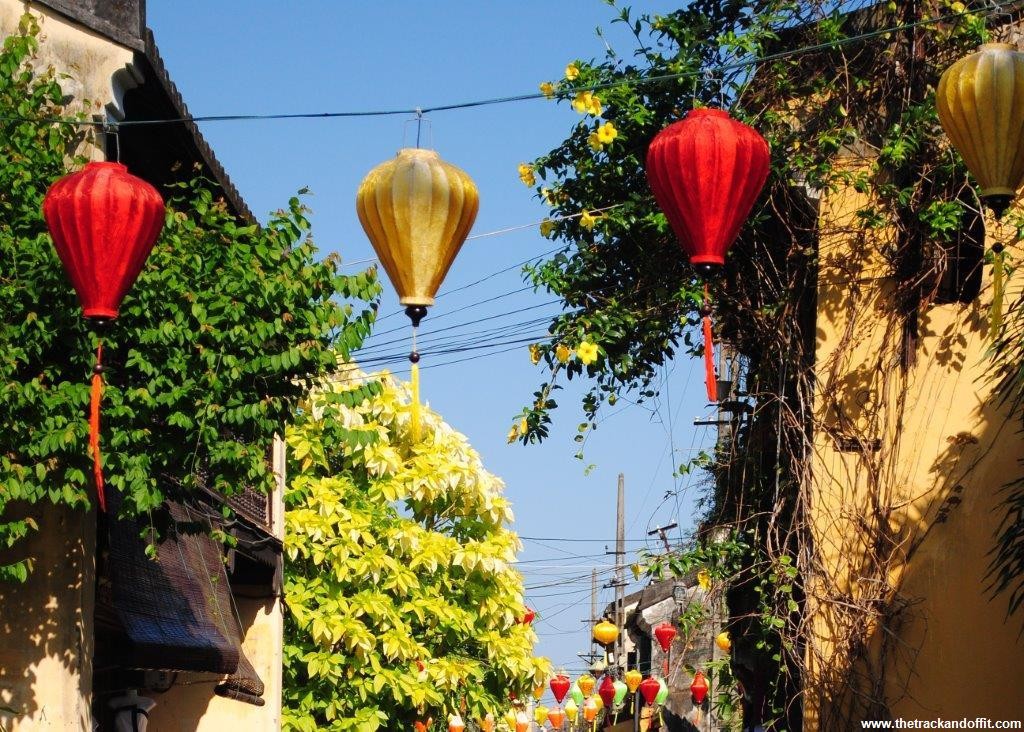 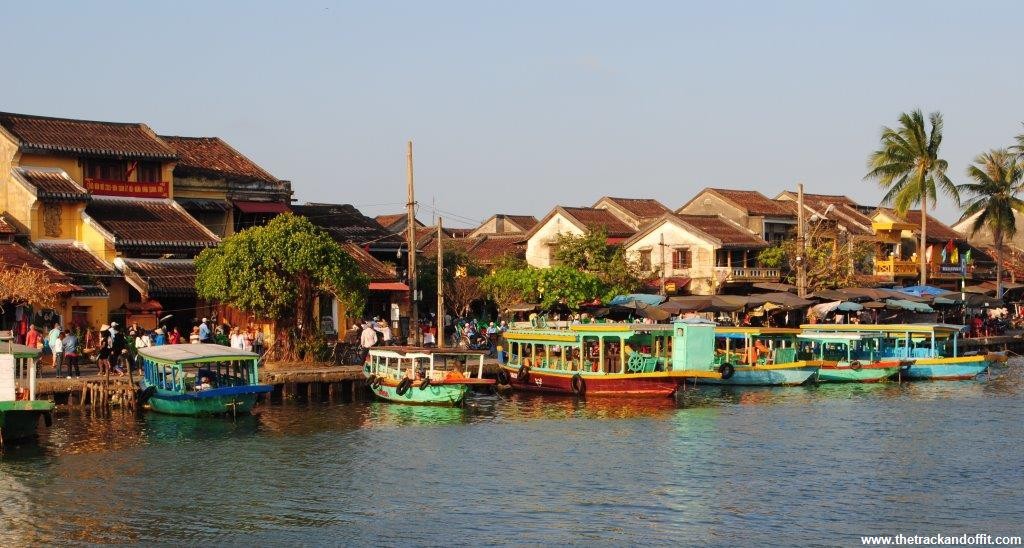 Da Nang is a sprawling city with a beach and a waterfront. We stayed in the beach area at a nice little hotel with unrestricted views of the ocean, not something we can afford in a lot of parts of the world. The breakfast at Kien Chuong 2 was fairly average but we still ate it, and their free bikes were so badly maintained as to be unusable but clean rooms with lots of space, good enough WiFi and the beach a few minutes walk away kept us there.

An’s cafe was not far for when the WiFi did go down. Also for their smoothies. And pies.

Right next door was an excellent place for cheap drinks, coconut smoothies, and beef and rice. Also rice slopes, otherwise known as rice with pork steak.

Hang’s around the corner had good burgers. Also their barbeque night – for 100 000 dong (about $5) you get a buffet of tasty ribs, chicken and lots of salads. Hmmm guacamole.

In the other direction, on Nguyen Van Thoai, next to Pizza Base cafe, was a lady selling noodles. They might sell other things but ‘noodles’ and ‘chicken’ were the only English she knew (and our Vietnamese is still appalling) and they were delicious and only 30 000 dong.

A good place to visit is Tams. Apparently Tam has good burgers too but we went for the surfboards. 100 000 dong will get you a surfboard for the day. A few hours of wrestling with the waves was enough and we had a really good time. It was only my second time surfing and I still managed to stand up a few times. I love being a beach bum. 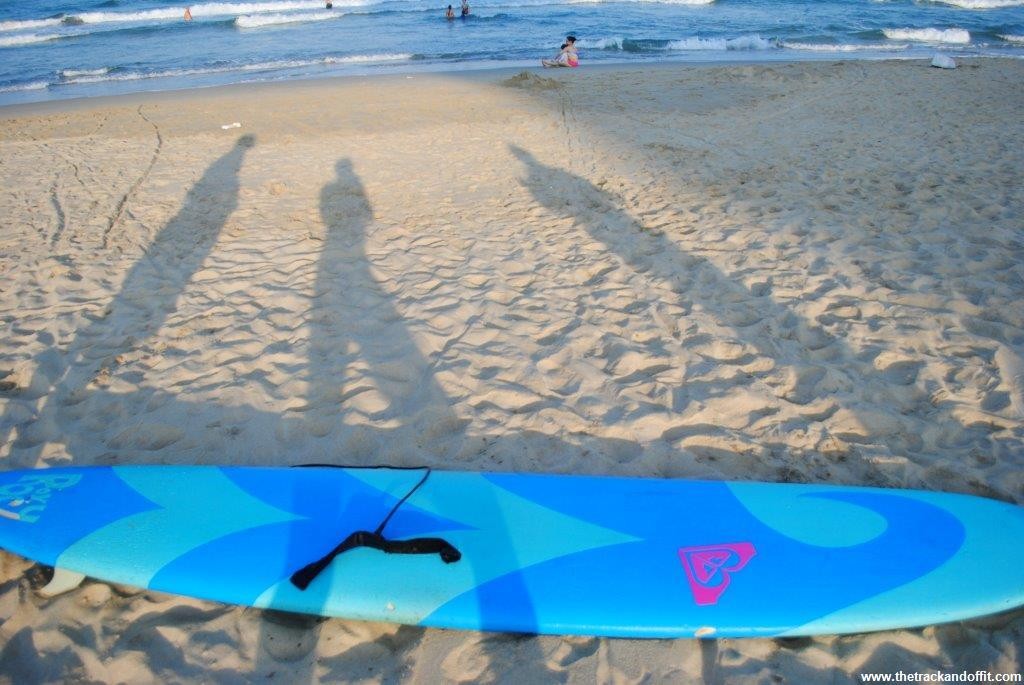 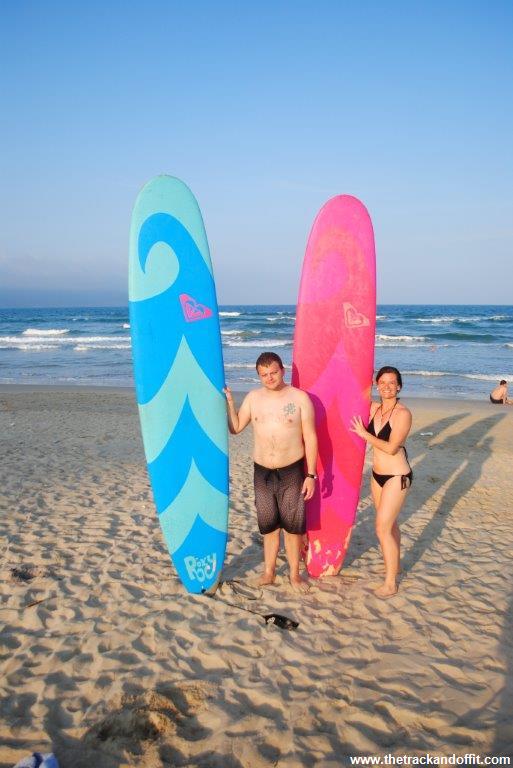 If you have a picture or some clothes to copy, then visiting a tailor across the river at Han’s market is worth getting away from the beach for. They don’t have the huge range of catalogues that the Hoi An tailors display but the quality is just as good. Barry’s pretty pleased. Negotiating wasn’t too hard either. I think their starting point is lower than the average Hoi An tailor.

You can’t leave Da Nang without going to see the Dragon Bridge either. The Dragon spans the river and at 9pm every night it breathes fire, followed by a spray of water. There are loads of plastic chair cafes to grab a drink to watch the show from the river banks. You can also watch it from the bridge but you might get wet. 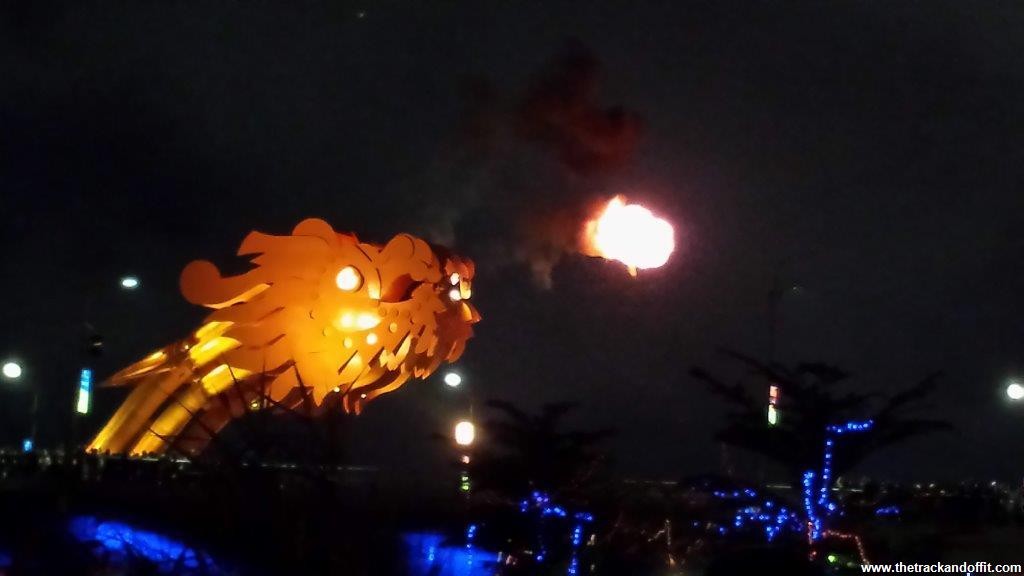 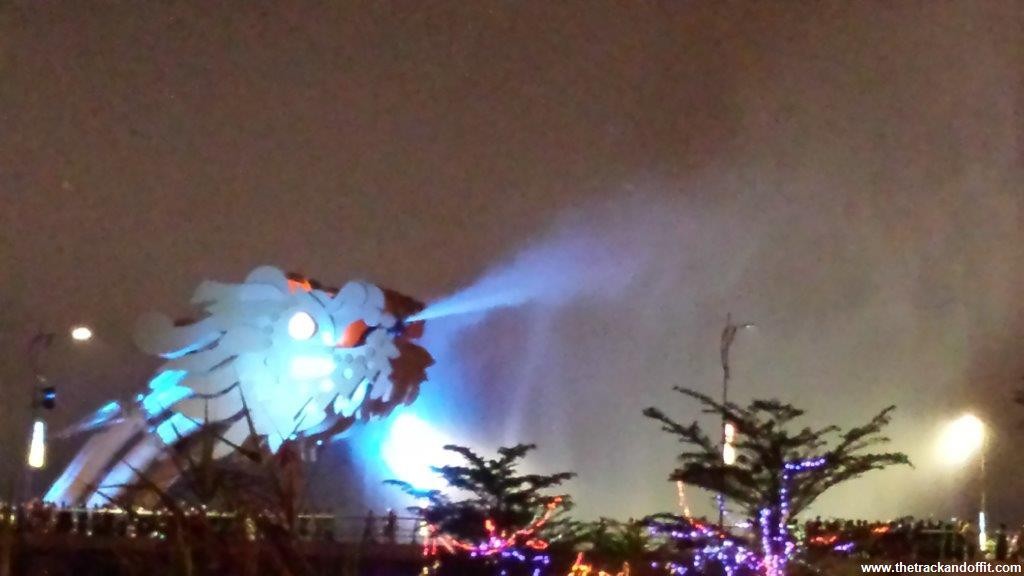 Here’s a two second video of what happens:

If you can ride a motorbike, or scooter, then it’s easy to get to Hoi An. Barry and I grabbed a bike and headed down the coastal highway for 30 kilometres to the ancient town of Hoi An. It’s just as beautiful as the last time we were there (as a UNESCO world heritage site it’s unlikely to change much). They still have excellent food too that you don’t see any other parts of Vietnam like cau lau noodles and white rose. It’s also the place in Vietnam for getting clothes tailored. They’re more set up for tourists than in Da Nang’s Han market but the quality is not noticeably different.

The only downside of Da Nang is transport getting around town. Taxis can be expensive compared to other parts of Vietnam (about 70-80 000 dong to get from the beach to the river front). There weren’t any places within easy access of the beach where you could rent a bicycle. The ones at our hotel were completely rusted so I didn’t get a chance to cycle along the sea front and around the peninsula.

Guess I’ll save that for next time.