With one more night before Julie and I had to return the campervan to Reykjavik, we were hoping for a beautiful, secluded spot to camp. Skogafoss is everything two girls in a camper in Iceland in October could hope for.

We’d been driving in the dark for awhile, peering at the black rocks and mountains taking shape as we wound our way along the Route 1. With only the black coast and the headlights of oncoming vehicles it wasn’t as picturesque as road tripping in the day time, so, I was glad we didn’t miss the turnoff to the small settlement of Skogar.

My Lonely Planet promised a basic camping site with toilet block. It got it right. We couldn’t see the promised ‘foss’ when we arrived but we could hear it’s crashing water. There were a few other campervans and even campers with tents (brrr) but it still felt secluded.

The campground also turned out to be free. My guidebook said to give some cash to the nearby hotel/guesthouse but signs in the bathroom said ‘don’t give money to the hotel.’ We never saw the park official who was supposed to come and collect our cash.

The night was incredibly windy so we didn’t explore the pitch black area. It was also still raining. We came very close to being the tourists who lose a door in the high winds when our rear door was wrenched out of Julie’s hand and flung back against the side of the van in a weird double jointed action that we knew immediately wasn’t supposed to happen. For a few seconds we worried about what we’d do if the door was broken and hanging from the hinges. Luckily, the hinge seemed to be elastic and the door closed just fine, keeping us dry for another night.

We fell asleep listening to the crash of water from Skogarfoss.

The rain had paused by morning time. We were up early(ish) to check out the falls. A more picture perfect waterfall you’ll never find. It’s 15 metres wide and drops 60 metres in a perfect straight line. There’s often a rainbow or double rainbow due to the large amount of spray the water creates as it slams into the small pool at the bottom of the cliff. But you need at least a little sunshine for that. 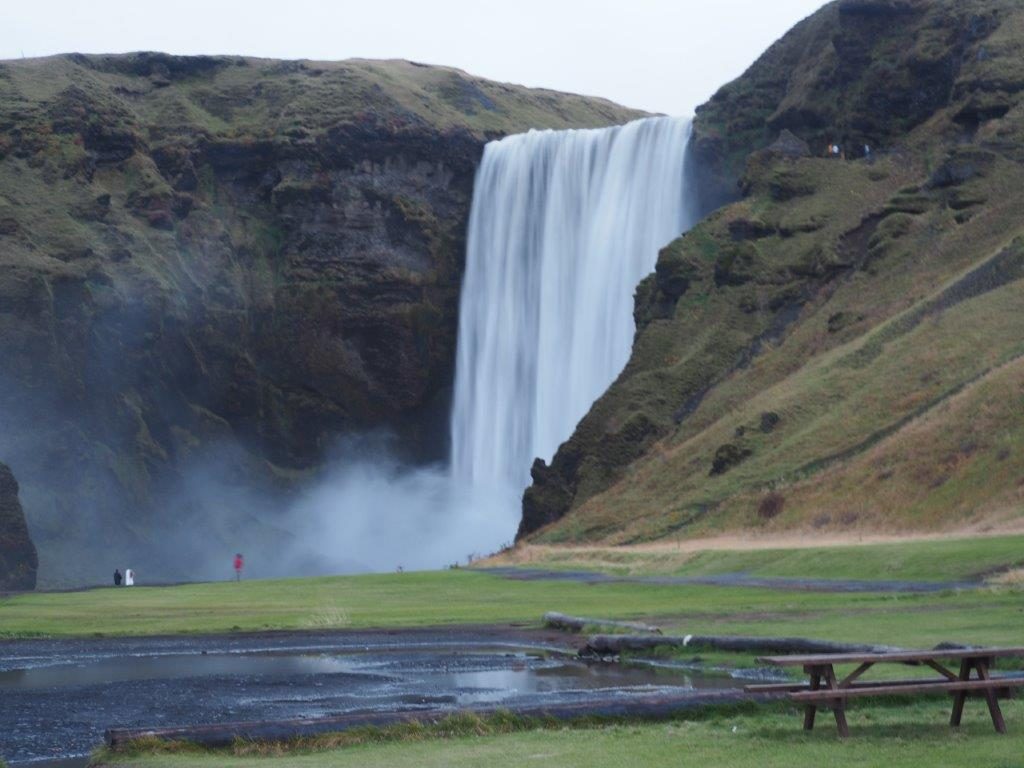 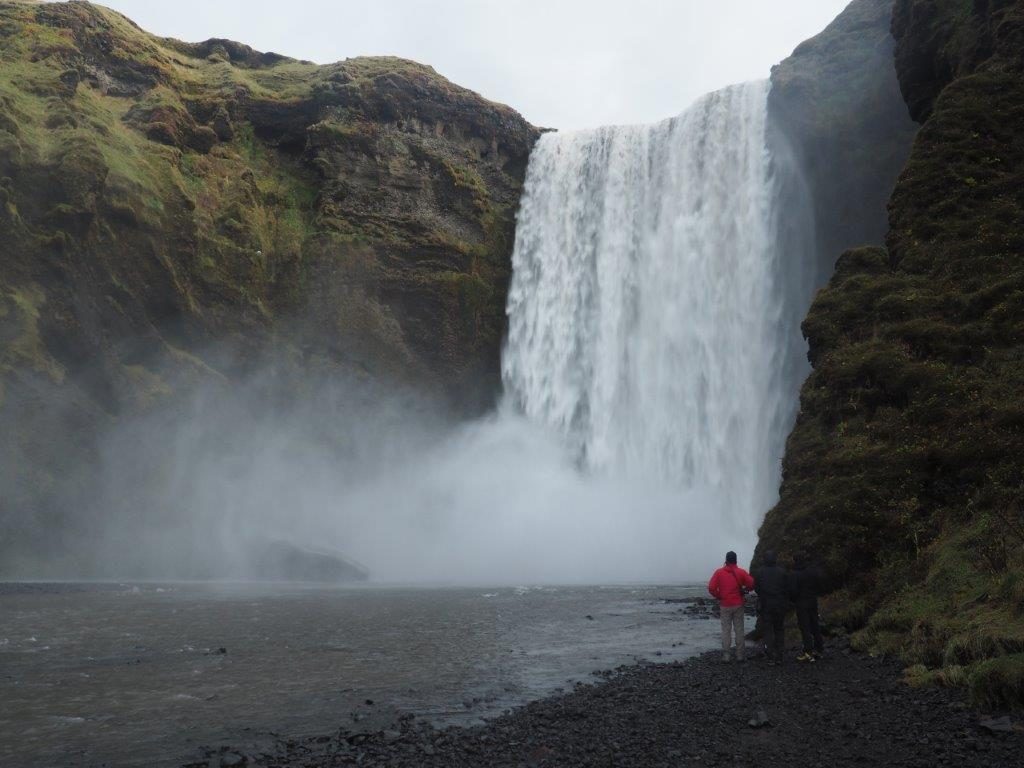 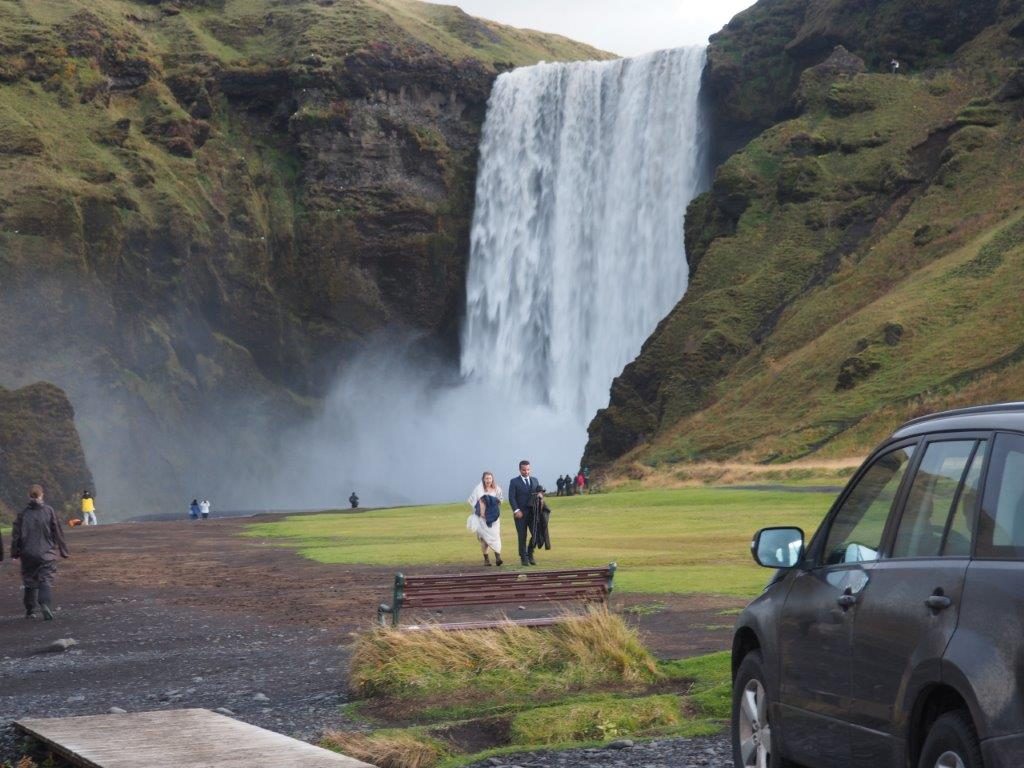 Good place to get married. Make sure you have hiking boots in the muddy weather.

The Skogar Museum is supposed to be worth a visit, with lots of historical buildings and a focus on transport, fishing, agriculture and handicrafts. We wouldn’t know as in the winter months (of which October is included) the museum doesn’t open until 11am.

We spent the rest of the drive to Reykjavik chasing ponies instead. 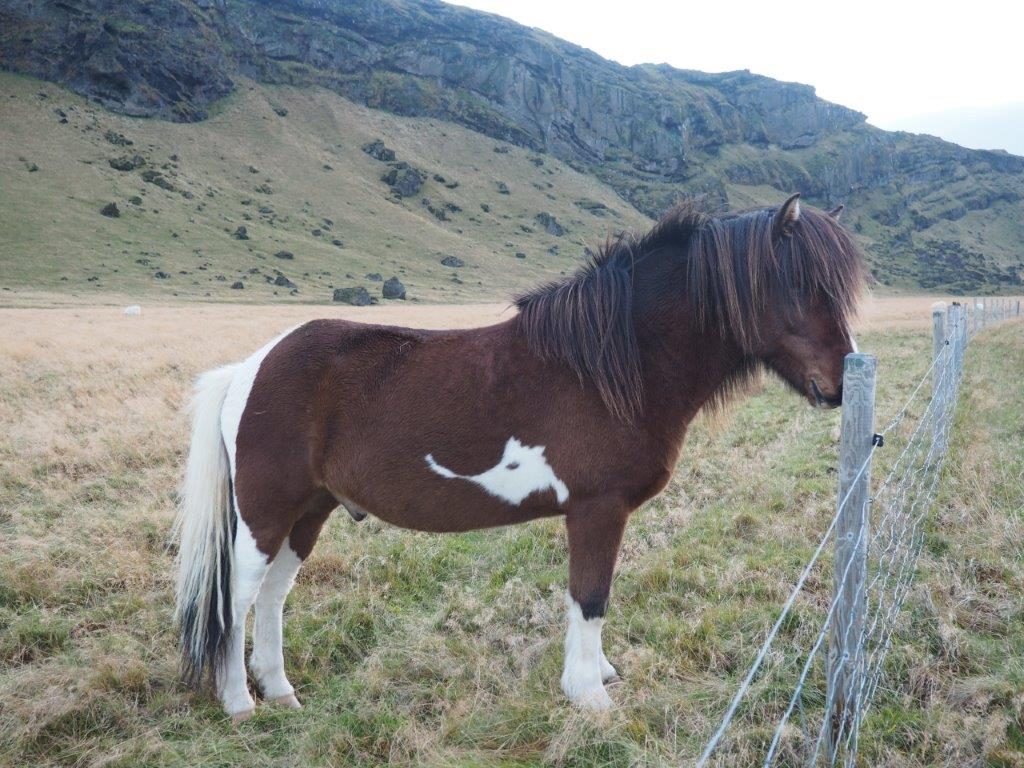 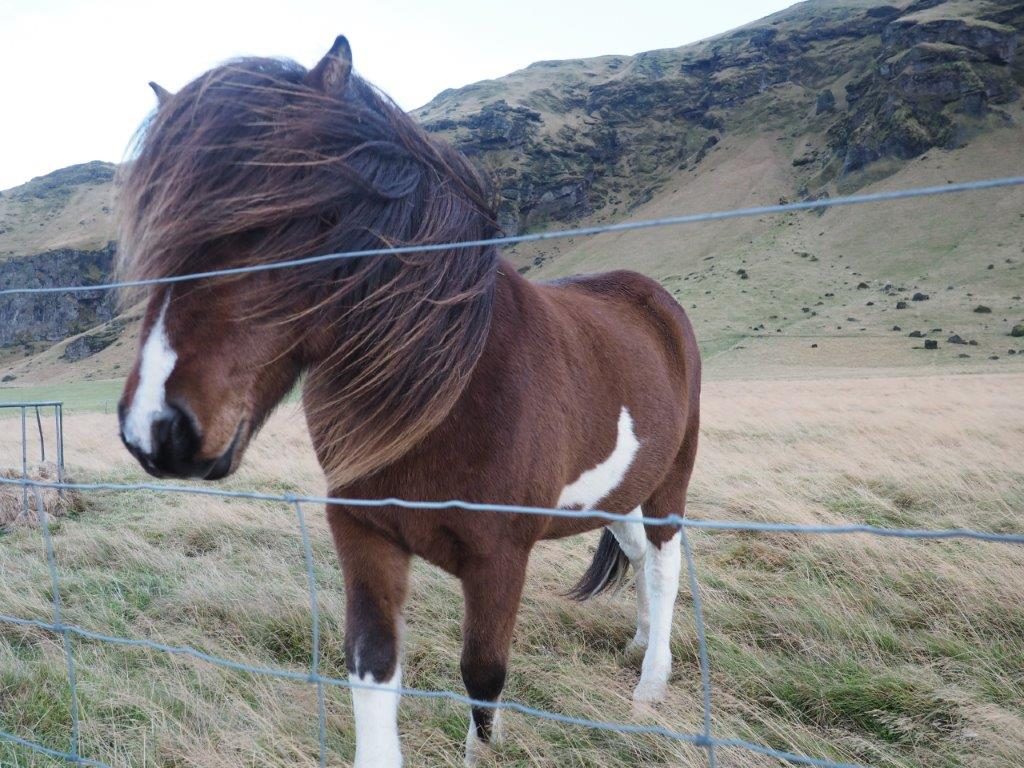 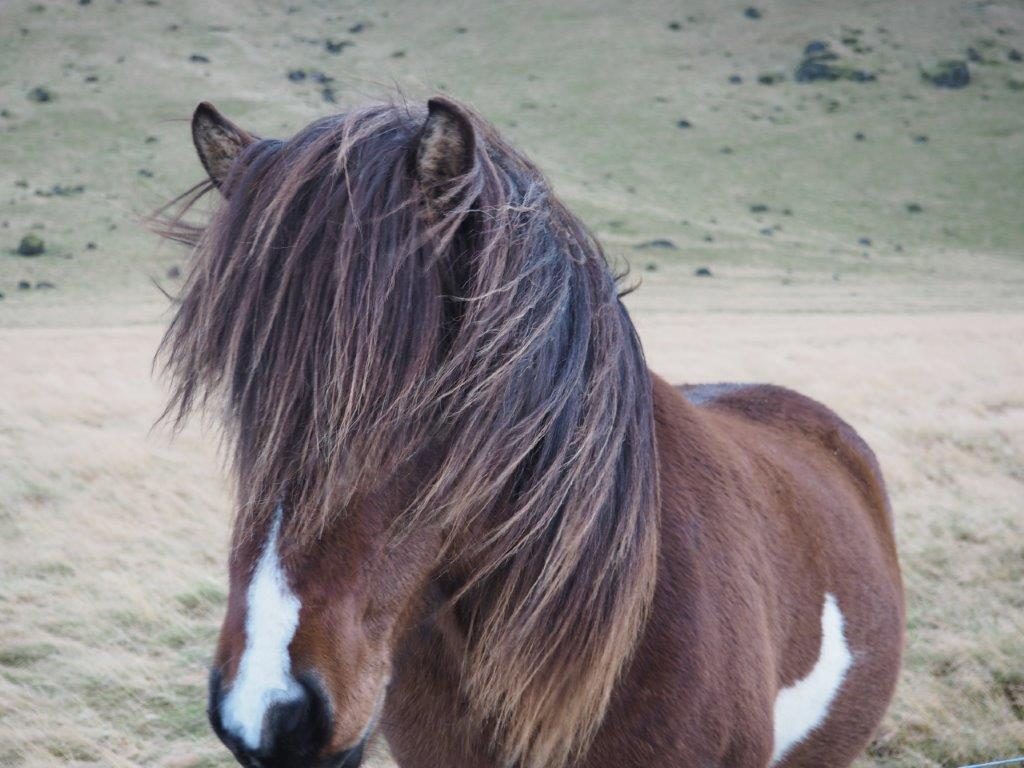