My desire to see as much as possible had us driving across California, through the Dust Bowl, nipping through Nevada (skirting Las Vegas for now) and finally into Arizona for the Grand Canyon. We stayed at some nice campsites along the way.

We drove down a long and windy steep hill into Lake Isabella. We really gave the breaks a bit of a work out. There are quite a few national park campgrounds in the area, one of which is free during the winter and is on the shore of the lake.

We passed a campsite slightly up a hill overlooking the lake then drove down through Lake Isabella, which seemed like a rather grim town and arrived at the Dam Campsite. It was also very grim and seemed a little unsavoury. It was very exposed to a strong cross wind and seemed quite unsavoury.

I’m sure it’s better in the summer time but we chose to drive back out of town and to another campsite, Pioneer Point. It was a much more comfortable place to stay. There was only a couple of other folks there so we grabbed a spot where we couldn’t see anyone, watched the sun go down over nice views of the lake and mountains in the background and pretended we were in the wilderness. A pleasant place to spend the night in the end. 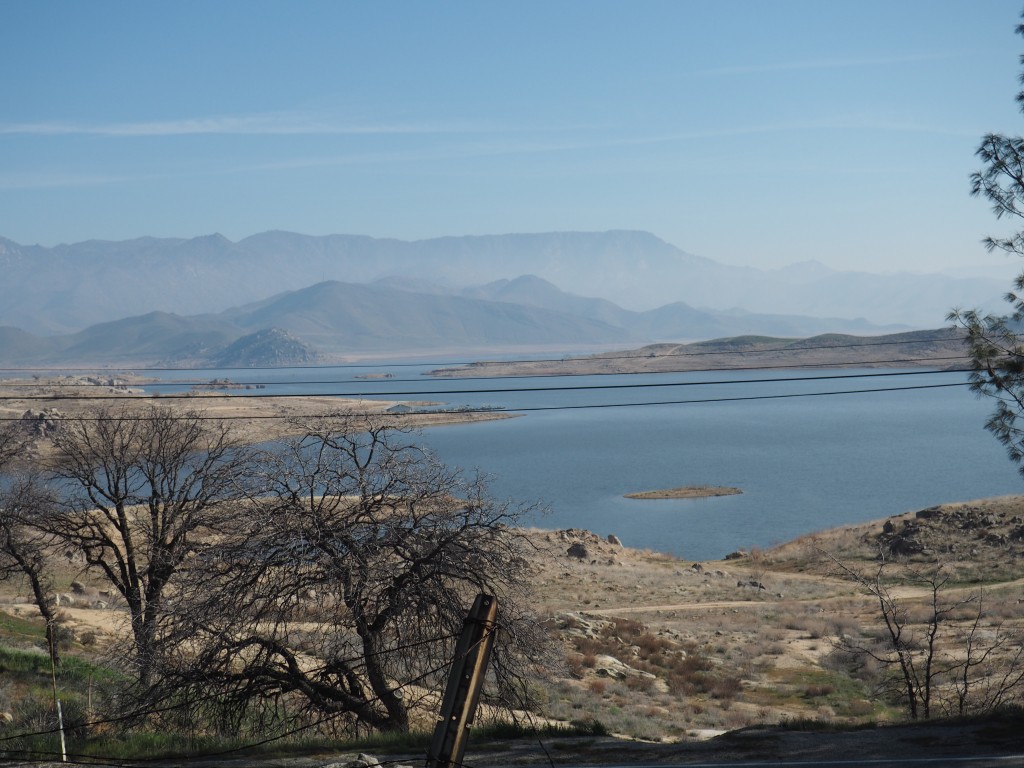 Although it was supposed to be $25 per night, there were no self registration envelopes and the ‘camp host’ didn’t appear in the morning to collect the money. Result.

Part of the reason we wanted to stay around Lake Isabella was the promise of some of California’s hot springs. Our road map and a  little googling on my phone revealed some information on Miracle Hot Springs. At the nearby Hobo Campground I was promised we would discover, for $5, the delights of bathing in the rock pools of a (now demolished) resort.

It turns out you shouldn’t believe everything you read on the internet. The link above is basically a lie. There is no $5 fee. There are no specific bathing areas and they certainly aren’t tested , nor is it even possible to remove the drain plugs.

It was quite hard to find but eventually we found our way (sliding down a hill) to the springs at the Kern River. The hot springs are indeed there but the pools left are not big enough to sit in. There is also some debris left behind by uncaring users such as socks and an old sleeping bag (?). We paddled around a little. Some of the pools were too hot to stand in long. When a group of elderly women arrived we left them to it.

All part of the adventure. And another day without a shower or bath…

Lake Meade in Arizona served us well. We originally planned to stay at Katherine’s landing but it was fairly busy with RV traffic so moved on to Davis Dam Campground, slightly closer to Bullhead City. (We found out later that the charges there are $20 to enter the recreation area and another $20 to camp so we made the right choice).

At Davis Dam we got a spot away from most RVs, right on the beach by the dam formed from the Colorado River. The water was cold but it was pretty. There was a place for us to dump the grey water from the campervan. Best of all, there were hot showers.