Iceland is full of amazing places to explore, even in October, as winter sets in. The weather really dictated the course Julie and I travelled. The horrendous winds we faced (or body slammed) in Reykjavik were not buffeting the Golden Circle so we headed south east out of the city.

The Golden Circle is probably the most popular tourist route in Iceland. So, it’s busy but that doesn’t mean you should avoid it. It’s got some great examples of what makes Iceland (literally) – waterfalls, volcanic action and hot water. 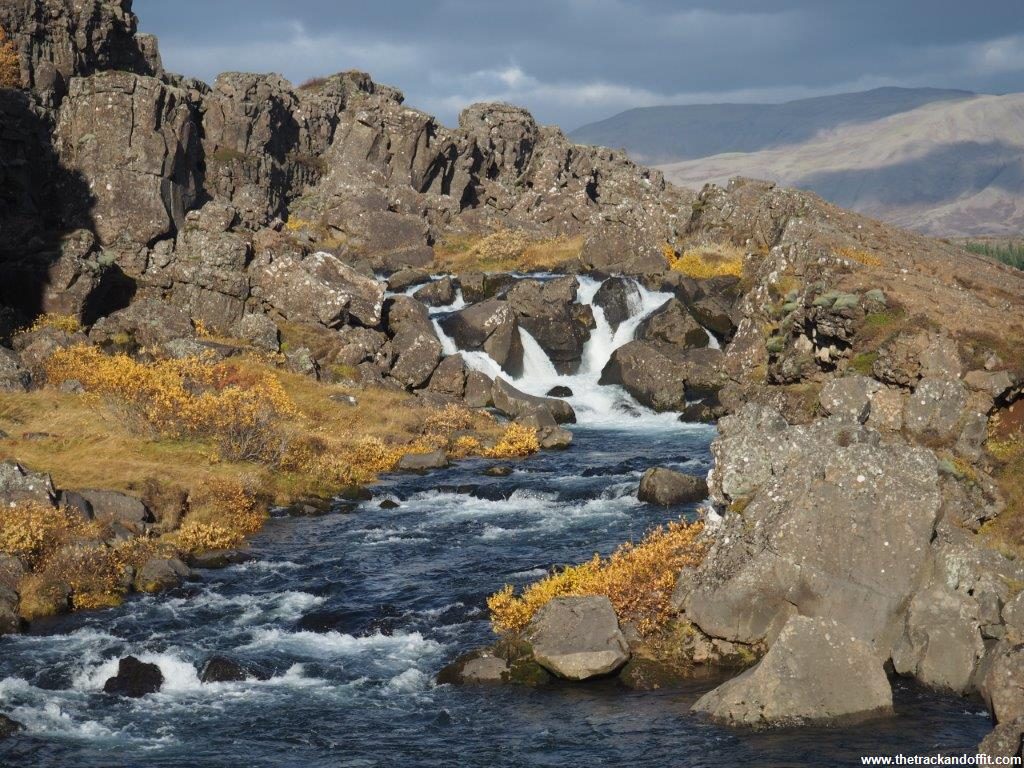 Despite the 90km speed limit (which I think I was the only person in all of Iceland to actually observe), it was a short drive to the Alpingi at Pingvellir. We made use of our campervan kitchen box and stopped for a picnic along the way. Great views but we almost got blown off the edge of a cliff. So much for that weather report. We remembered to hold onto the doors as we opened them. 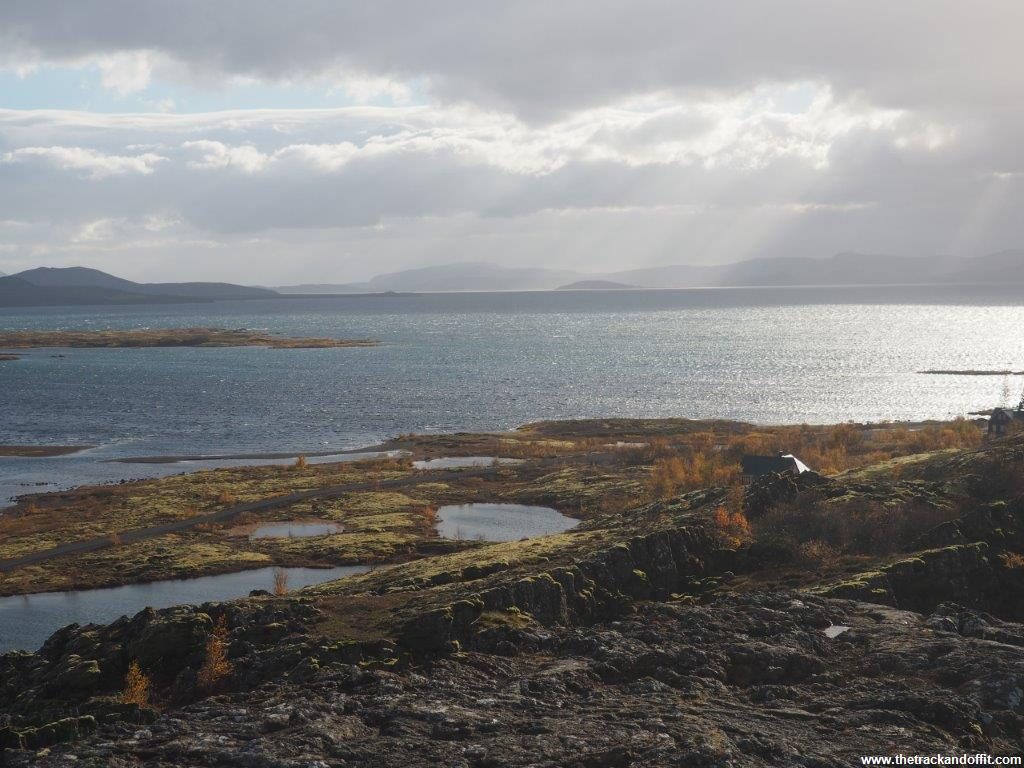 Just look at that streaky sky

Alpingi is the site of the world’s first democratic parliament, established by the Vikings. Who knew those Vikings did more than plunder and pillage. Walking through the fissure valley created by the North American and Eurasian tectonic plates was fascinating. 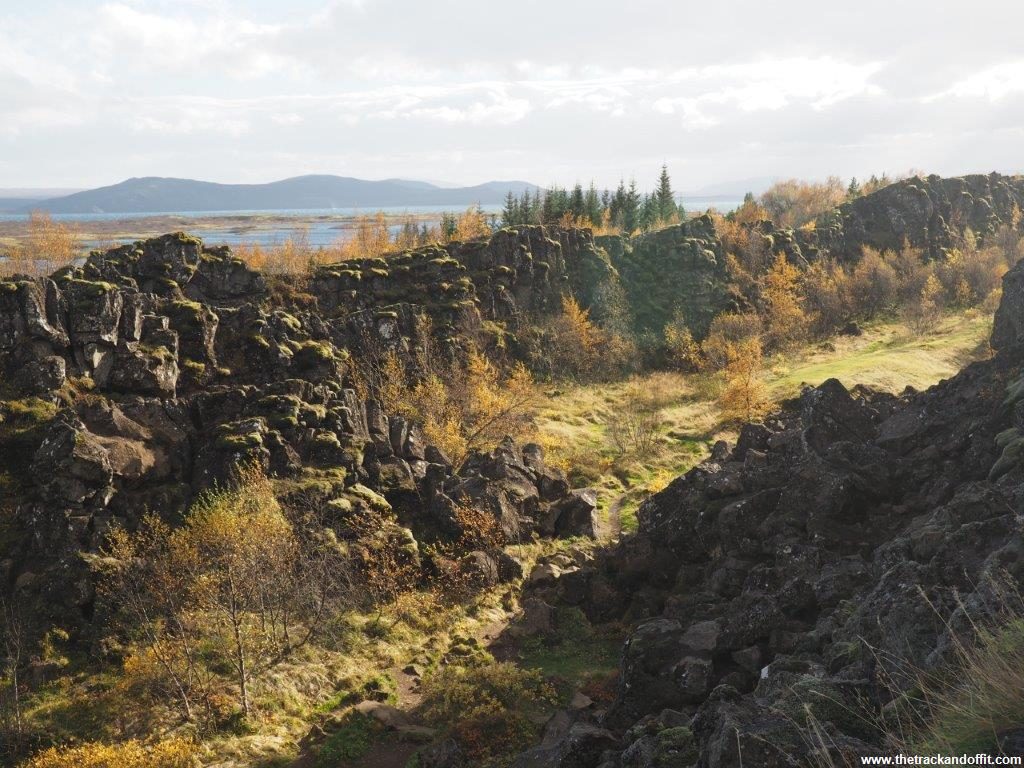 Yep, the land used to be joined together here.

Filled with rivers, waterfalls (the first of many) and tiny islands, the area is beautiful.

The wind still blew ferociously and there were clouds coming in so after democratically exploring the Alpingi area we ducked out of the wind and back into our camper. We hit the road for the next stop on our list – Geysir. 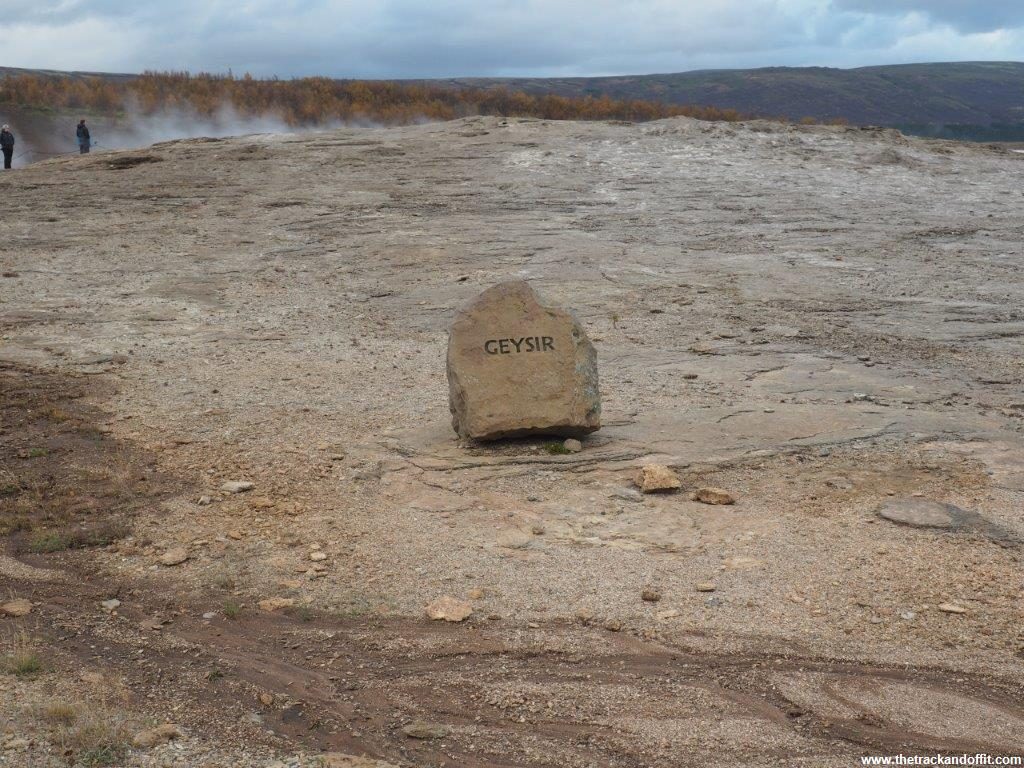 Geysir (be Icelandic and pronounce it gay-zer) is the famous geothermal area with geysirs of spouting water. Apparently all geysirs are named after the big one here, The Great Geysir. We knew we’d arrived at the right place when we saw steam literally rising out of the ground (also the cars and buses were a bit of a giveaway). Fantastic nonetheless. 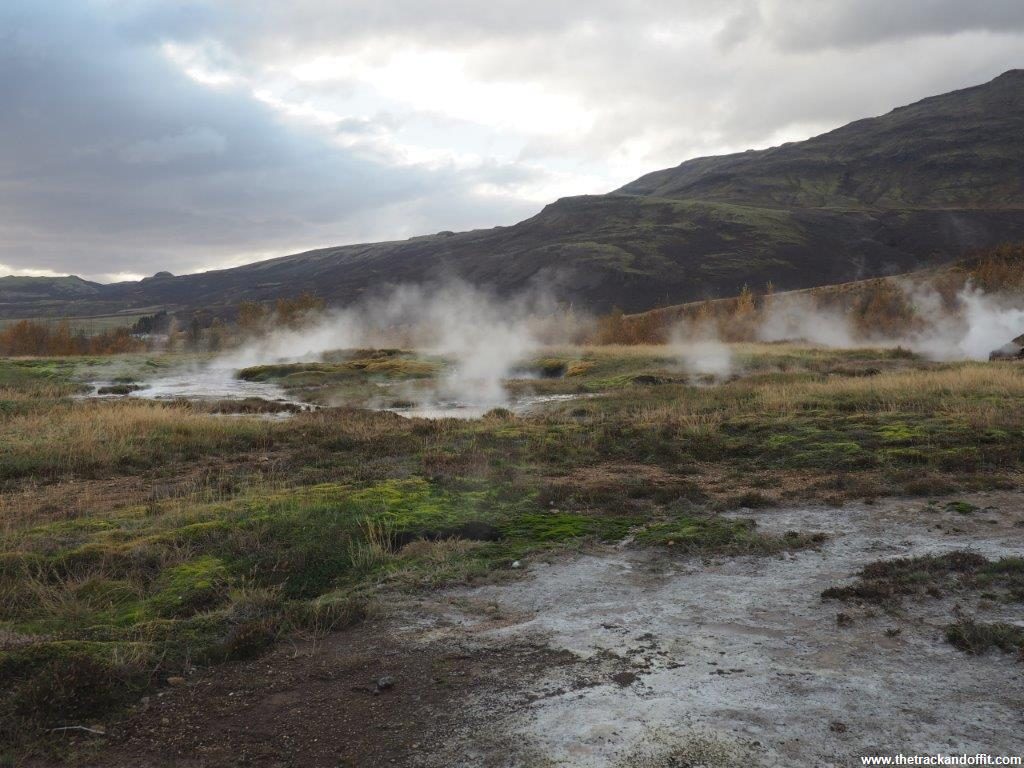 Not so much wind but it was getting chilly so walking around on hot ground with hot water spurting seemed like a good idea. Unfortunately, we didn’t see The Great Geysir erupt as activity has lessened over the years but there were plenty more to entertain and soak.

Nearby Strokkur gurgled, bubbled and finally roar into the air three for four times while Julie and I explored the area. We stayed upwind. The water was warm but it was still too cold for Julie and I to want to get wet. We saw a few other crazies get drenched though. 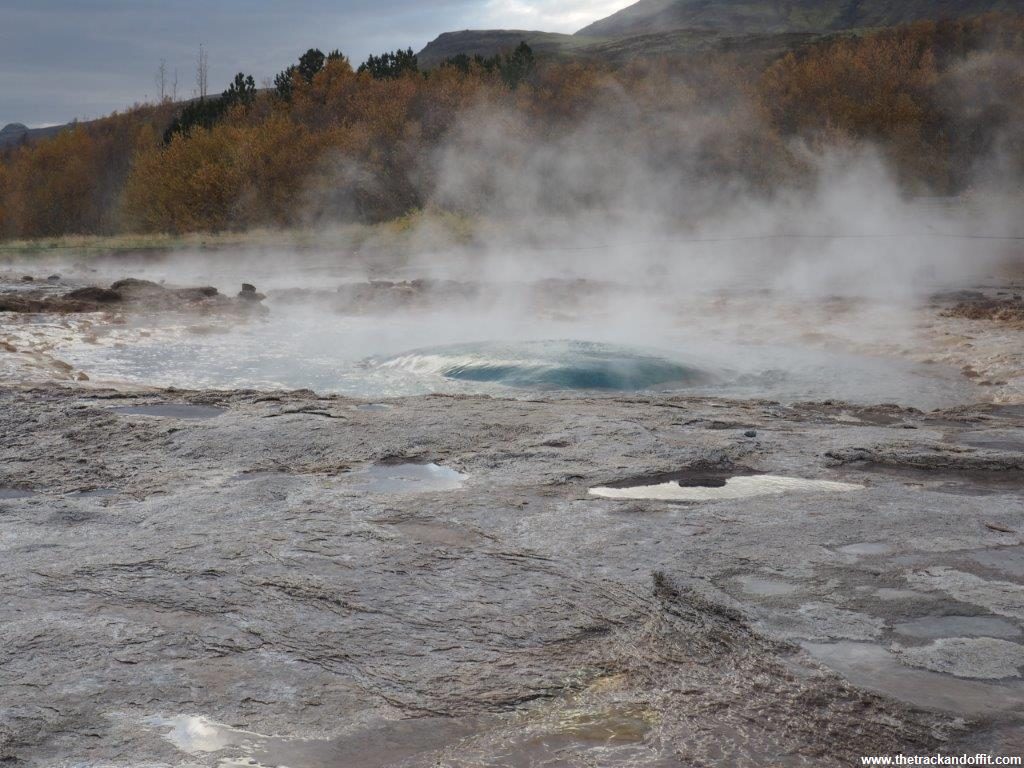 It was late afternoon by the time we left Geysir but still too early to set up camp so we decided to push on to Gulfoss, hoping to catch this powerful waterfall in the last rays of sunshine. The cloud cover meant there wasn’t exactly sunshine but although the light was fading we could clearly see the gushing water and the two cascades that makes this waterfall one of Iceland’s most beautiful, or so the postcards say. I’m not sure how they work this out, there seems to be a waterfall at every twist and turn. Is judging the beauty of waterfalls an actual job?

The waterfall is powerful. I can still feel the spray on my face. 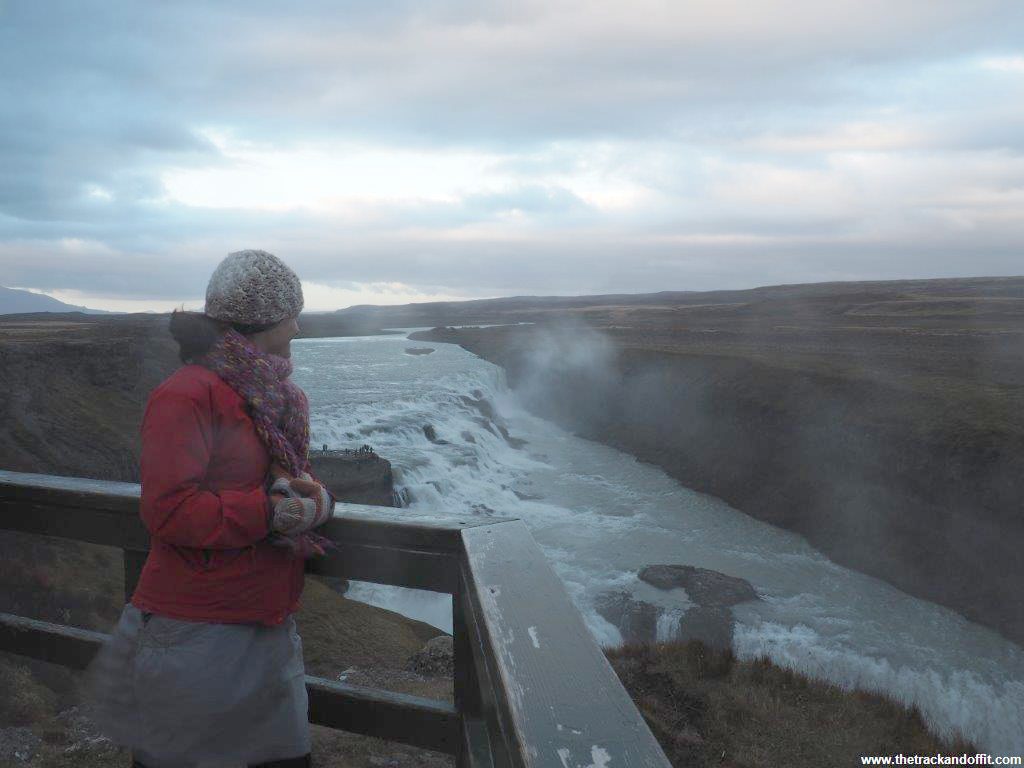 With the light really gone for the day, we headed back towards Geysir. Camping sites are poorly mapped but we were lucky enough to spot the sign next to the horse farm for Skjol Camping and Hostel.

I was tempted to drive on and look for somewhere free. We had read had been told that in October in Iceland, most of the camp grounds are closed but you can often park there for free even if the facilities are locked. Or just pull up anywhere, as long it’s not private land or a main road.

In reality, it’s hard to tell what’s a private road or land. There are also few roads so it’s not practical to park outside of car parks belonging to hotels and the like.

So, Skjol it was. Nice views too. 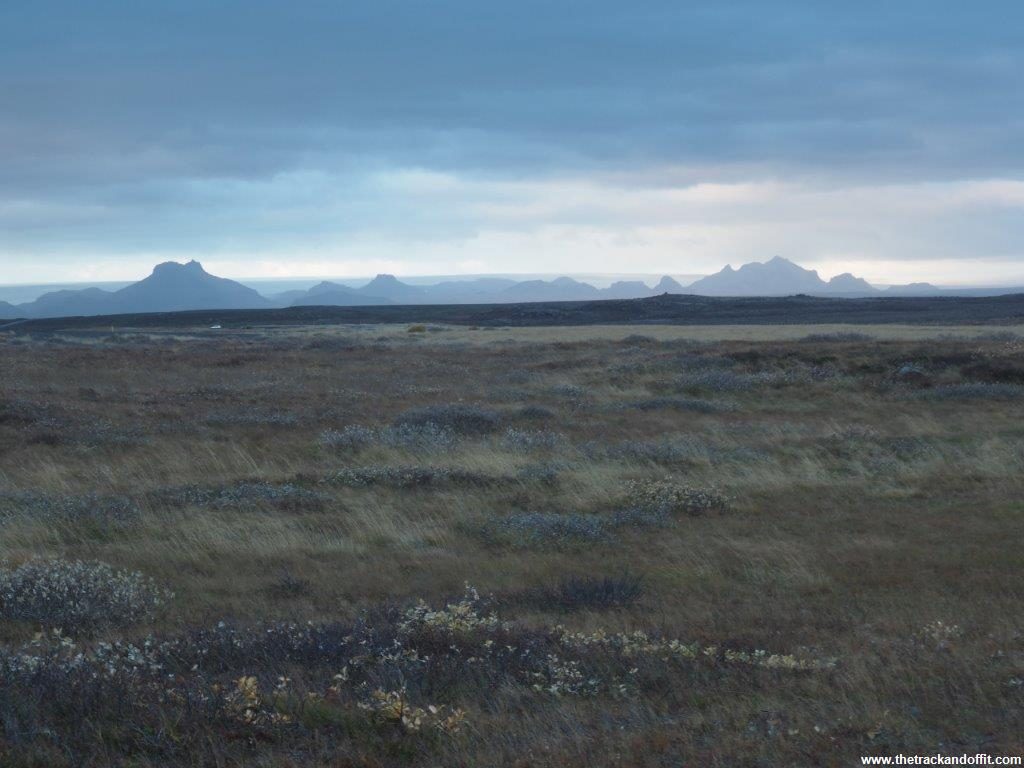 We were certainly glad to stay there. The staff were very friendly and gave us some excellent tips for our trip the next day and some discount vouchers. Hot running water and a warm bar for food and a drink with the locals is useful when you’re camping in the cold too. We didn’t partake of the pizza or beer but after a slapping together a vegie stir fry and polishing off some duty free red wine, we went to bed very happy campers. 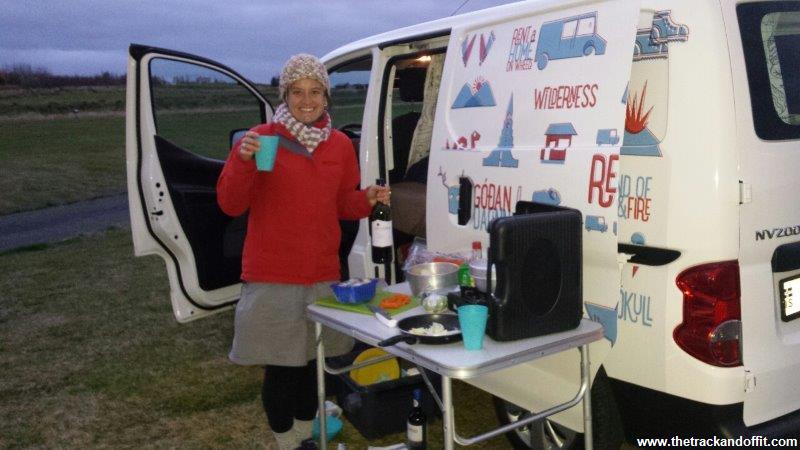 In the morning, we woke to blue skies and beautiful sunshine. 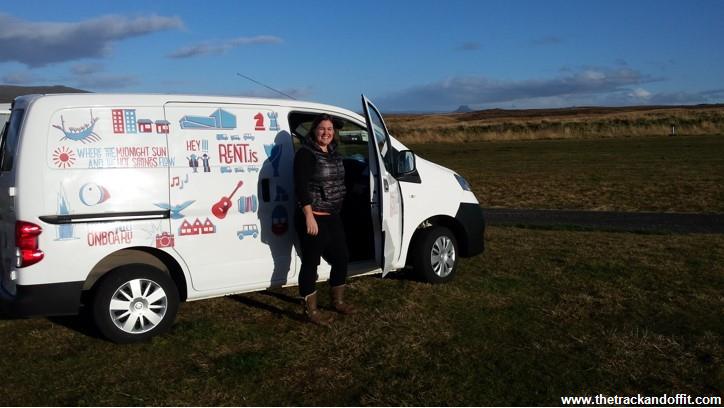 We could even make out the spurts from Geysir, only a few kilometres away. What a great way to start a day.

More on that camping thing

I like free stuff just as much (or probably more) than the next person. So, sure, I wanted free camping in October in Iceland. Howver there are a few things that make this problematic, impractical and downright rude.

Iceland’s tourist season is getting longer and longer and businesses are staying open to provide facilities to the many tourists who visit. At first I was disappointed that we didn’t find free sleeping but we can to realise that it’s important to use the facilities when and where they’re available and stop thinking that you’re entitled to pull over for free.

Using the facilities means not causing undue damage to the land or environment or disrespect to local people who live in the area all year round. We met a number of people who chose to camp in carparks, even in the middle of town, rather than use the perfectly good campsites that were open and available. We found this frustrating as it’s not only illegal but disrespectful. Some people treated the areas badly too, at one site we pulled up and saw faeces in the carpark. Use the campsites people!

2 thoughts on “Iceland – The Golden Circle”