I spent two days in Kampot before heading to Kep but, although it was high on my list of things to do, I didn’t get a chance to visit a pepper farm. I did cycle past some salt fields which weren’t being worked because of the raining season but the more interesting condiment had escaped me. 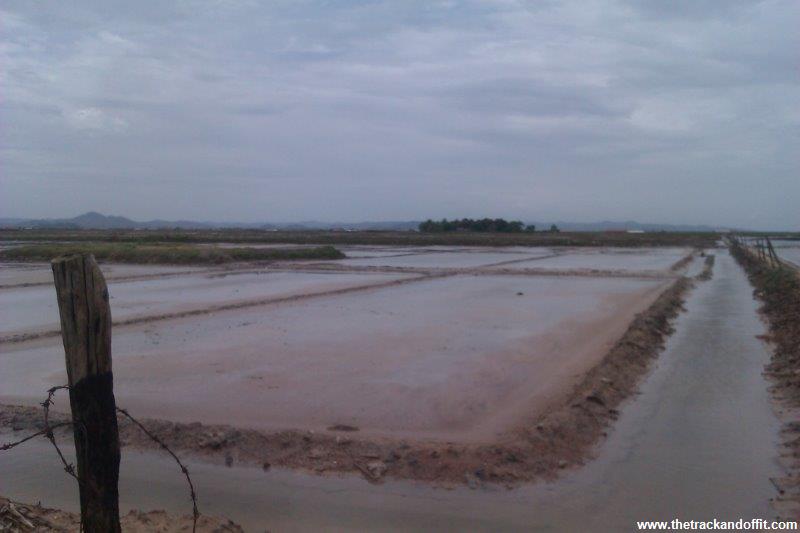 During my time in Kep I was lucky enough to stay at Samanea and I was shown great hospitality from my hosts. On hearing that I hadn’t yet visited a pepper farm, I was promptly tuk-tukked to Sothy’s.

Kampot pepper is renowned for being the best pepper in the world and there are large plantations in the hills, the majority of which follow organic practices set by a French organisation. There I learnt more about pepper than I ever imagined existed. 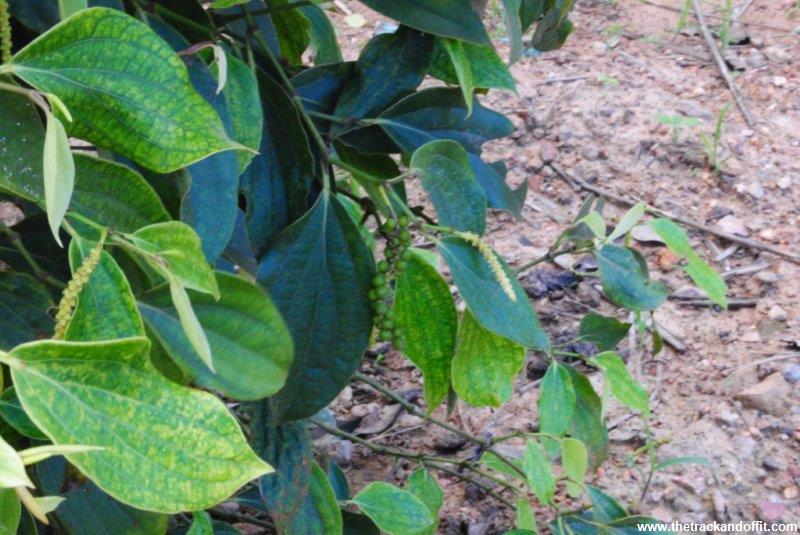 There are four kinds of pepper – green, black, red and white – but all come from the same plant. The green pepper is picked and eaten fresh from the vine. It should be eaten no more than four days after harvesting which explains why I’ve never seen it before. As it gets older, the pepper corns turn either red, or stay green. They are separated and dried, with the green pepper turning to the familiar black and the red getting a nice wrinkly skin. White pepper is achieved by rubbing the red skin off, exposing the white inside.

With the dried pepper, I couldn’t really taste the difference with the exception of the red. There is no pepper flavour if you hold it in your mouth. The skin has a kind of sweetness but when you bite, you get a burst of pepper flavour. They do all smell different through. 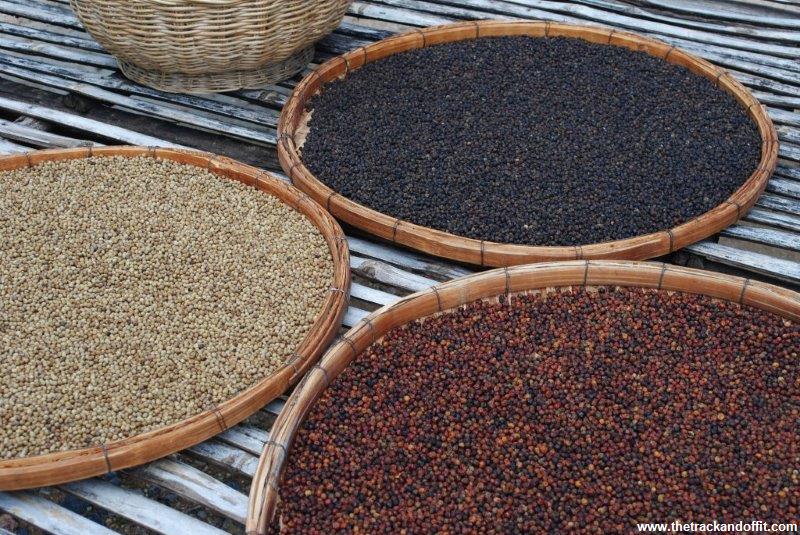 Thanks, Samanea, I’m so glad I didn’t leave the region without a visit.