I hadn’t been to Adelaide since I was about 13 years old and my strongest memory of that trip was seeing a lot of VW beetles driving around. This resulted in a lot of ‘punch buggy’ hits from my sisters (I was the middle child so had to sit in the middle, getting it from both sides) and my dad banning the game.

A lot has changed in one or two years (or maybe just a few more). There aren’t so many punch buggies around. I think Adelaide is a really pretty city. It’s peaceful and slow paced, there’s nothing frantic about this city. My uncle described it as a big country town and that’s probably pretty accurate.

That’s not to say there’s no life about the place. There was an Asia Fest going on while we were there. And, of course, the Australian Nationals Ultimate Frisbee. The pedestrianised Rundle Mall is a hub of buskers, shoppers and a mix of historic and modern buildings. I was fascinated with taking photos of the silver mirror balls in the middle of the mall. 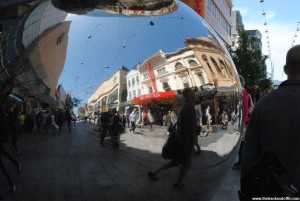 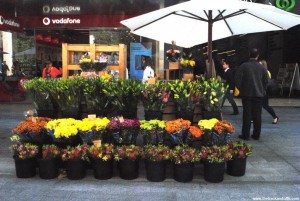 It did take us ages to find Tourist Information. Tip – it’s marked in the wrong place on all the maps. There’s a tiny sign from Rundle Mall directing you down a laneway but you’re best asking. When we did find the (tiny) office, we found they weren’t equipped to deal with cyclists very well. There are a number of cycle maps for the city but we had a hard time getting them:

Tourist lady: Can I help you?
Me: Yes, please, I’m after some maps of cycle paths
TL: Which one do you want?
Me: Uhmm, what do you have?
TL: It depends on where you live?
Me (to myself): Really? Doesn’t it depend on where we want to go?

We managed to get some brochures and two maps but didn’t find the office to be particularly well set up.

We did enjoy wandering around the many parks, cruising along the North Terrace where all the museums and State Library are (good, free WifFi there) and the path along the ‘mighty’ Torrens (is every river in Australia mighty?), with it’s fountain in the middle. I actually quite liked the river path. It meant a cycle dedicated path all the way from the city centre (actually a bit further but this is where we picked it up) to the beaches at Glenelg (possibly my favourite palindrome).

It was down in Glenelg that we got to go swimming with dolphins. Temptation Sailing run dolphin watching tours where you can also swim with the dolphins. It was a new thing for Barry (and for me) so, of course, we had to try it. It was sunny and warm even at 7:30am but the water was cold. Full length wet suits helped but I still gasped from the shock when I jumped into the water. I don’t think Barry was bothered. 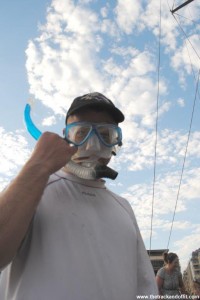 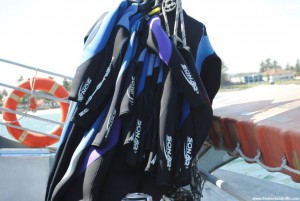 I forgot about the cold as I grasped hold of the rope and was towed along behind the boat, face deep in the water, watching the dolphins below me play. They swam right beneath me. Once, they looked kind of like dogs, rolling around in the seaweed on the ocean floor. We had four swims with the dolphins and no pictures because I don’t have an under water camera and I was in the water every time. So you’ll just have to trust me. 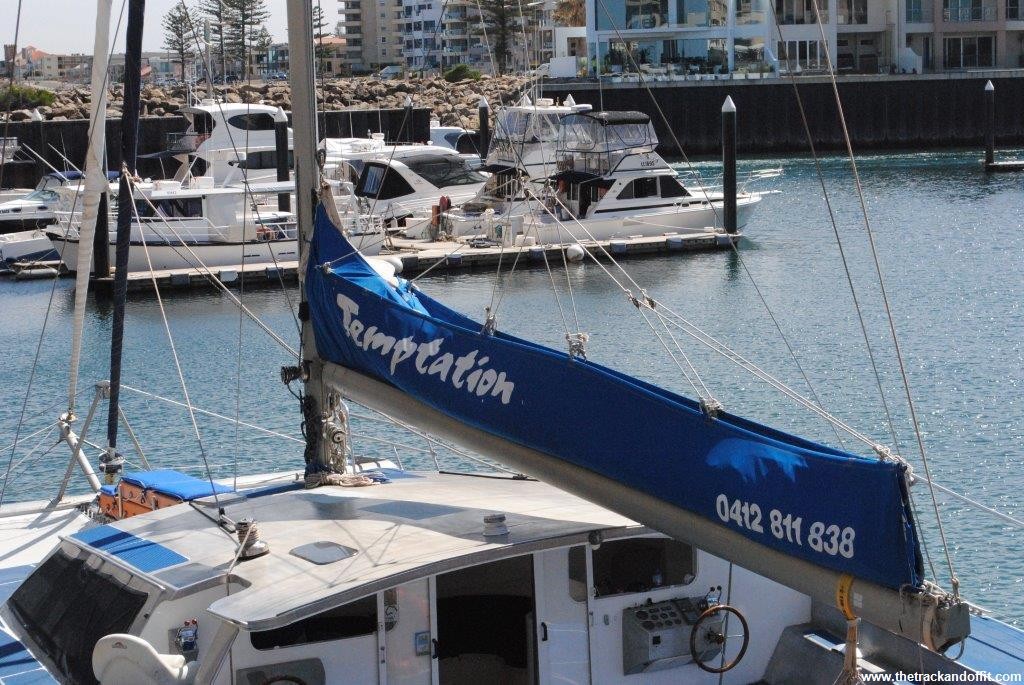