To open the Jazz and Blues Festival in July, Edinburgh puts on Carnival Sunday, a parade of performers, musicians, etc. This year, thanks to a friend who was involved in the organising, I was one of the ‘etc’.

Anna needed a bunch of folk to be in the parade, wearing elaborate costumes. Brouhaha, from Liverpool, made the amazing costumes and basically we had to walk and dance around Princes Street for a few hours. 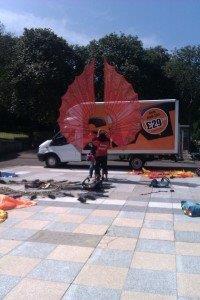 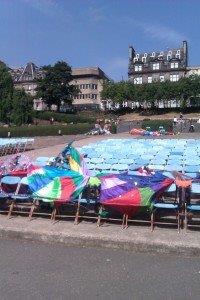 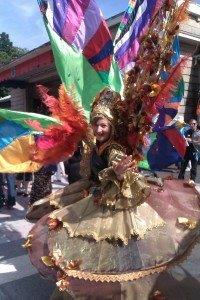 Some of these costumes were incredible, sometimes 100 times bigger than the person who was wearing them. And, apparently, exhausting. I wouldn’t know. Patience, waiting your turn and inefficiency will make you a unicorn; a simple, light, wire costume that you step into and slip some straps over your shoulders. At first I was really disappointed that I was the only person not wearing wings but I soon realised that it was to my benefit. I could actually move. It allowed me to really wriggle around and interact with the crowd. I loved it. 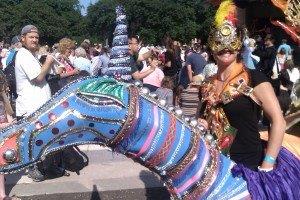 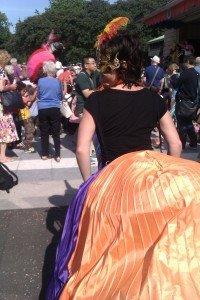 When I saw the pictures I realised I look as good as everyone else. Those Brouhaha folk know what they’re doing. 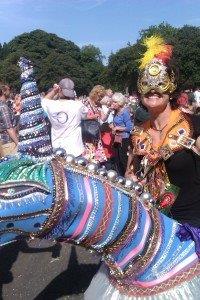 And I was in the paper! And on the Visit Scotland website.