Barry and I ‘wintered’ in Turkey, spending much of December and January in Alanya, two hours south of Antalya, on the Mediterranean coast. We’re not sure if we were lucky but the weather was gorgeous and one of few places where I’ve had the chance to live the dream of working from the beach in spitting distance of the ocean.

Alanya is a nice wee town, much smaller than Antalya but still spread out along the coast. The beaches are quite sandy and there are few site to visit when you’re not working.

We managed to rent a small apartment during our stay for the bargain price of €14 per night at the Twin Apart Hotel. It was a bit of a luxury for us, having a separate bedroom, bathroom, and living/kitchen area, and balcony – no working from the bed! 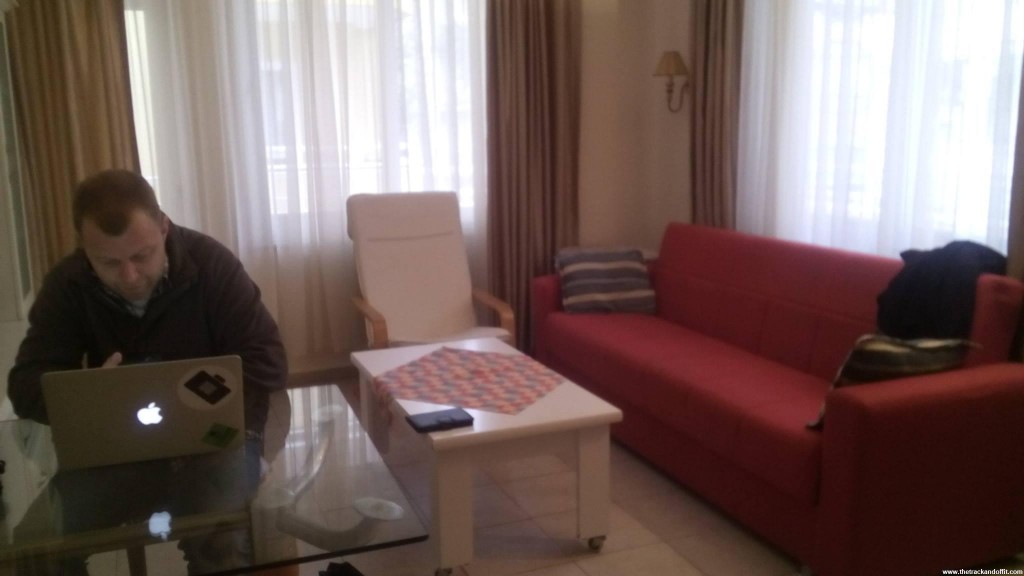 It was also close to Cleopatra beach and, though we had a couple of problems with the Wi-Fi, the connection was generally pretty good. With so much space, we spent quite a bit of time working from the accommodation. Being low season, a lot of places were closed so choices were a bit limited. When we got bored, we went to these cafes. I used to keep track of Speed Tests but we’ve found them to only be slightly reliable and the best test is to actually use the connection.

Turkey is blessed with decent internet, even on the sand. Less than five minutes walk from our apartment are dozens of pavilions, set up along the beach with Wi-Fi fast enough for working and Skype calls. I loved sitting in the sun, watching the ocean while typing away, sipping on a freshly squeezed orange juice for 5 lira. Easily my favourite working space but the beach was sometimes distracting and if the wind was up, a little chilly for much longer than two hours. 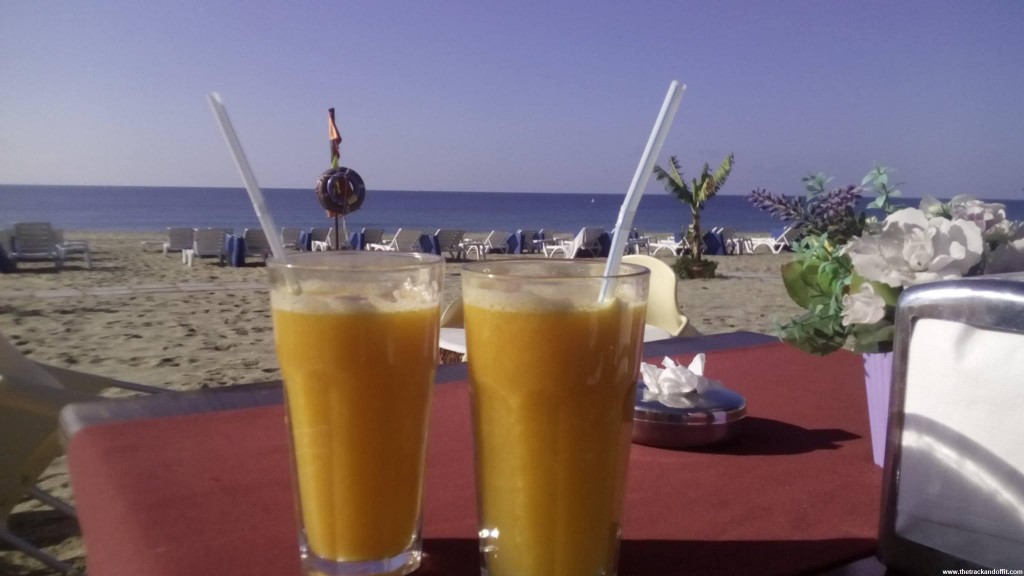 About 30 minutes walk from the apartment, on Bostancipinari Cadessi (which leads up to the Castle) is Ozsmut Café. This place has an upstairs area which was quiet, with full sized tables and chairs and comfortable enough that you don’t feel embarrassed about sitting up their for hours, drinking one cup of tea. Excellent views across Alanya harbour too. The cakes were pretty tasty. Large portions so Barry and I would share one. Oh, yeah. the Wi-Fi was good too. 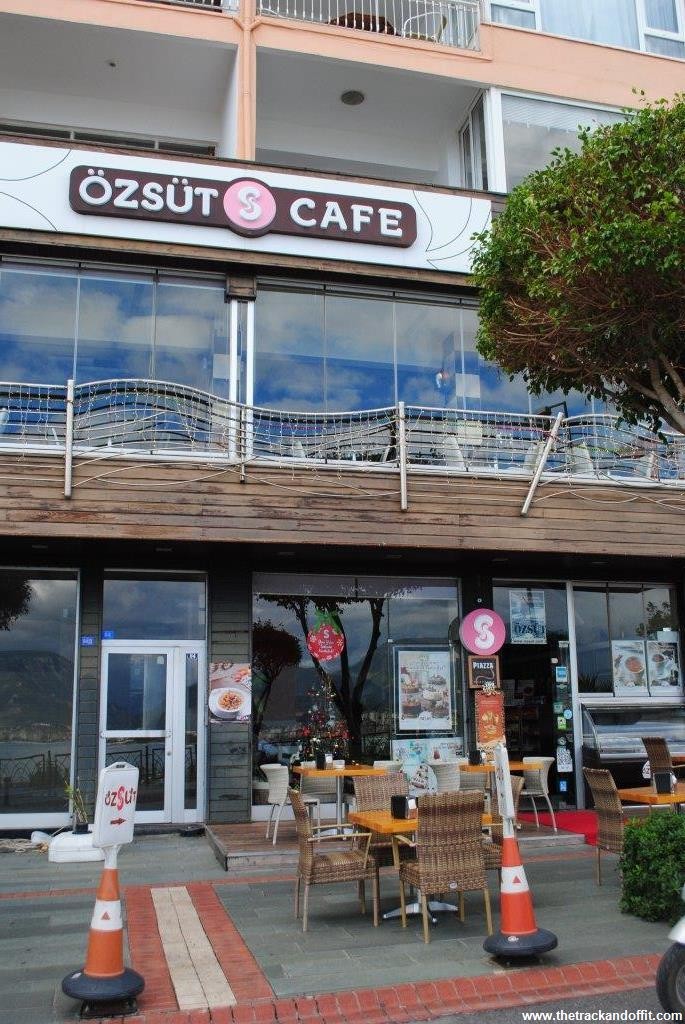 The Red Tower Brewery is also on the road heading up to the castle, a few doors away from Ozsmut. Their Sky Lounge Bar is on the sixth floor so has great views of the harbour. A good spot for enjoying a larger over work. We only came here once because the beer was kind of pricey and the Pilsner not really to Barry’s liking. The Wi-Fi was good though.

Near the harbour, we only went to this café once but it was comfortable enough. The upstairs area has mostly comfy chairs and coffee tables so it’s a good space when you’re having a fairly relaxed day, researching. I prefer full sized tables when I have a lot of typing to do. The Wi-Fi was good but we didn’t come back it’s one of those systems which requires a password and to sign in individually via a browser. Passwords were only valid for two hours too, so we preferred Ozsmut. 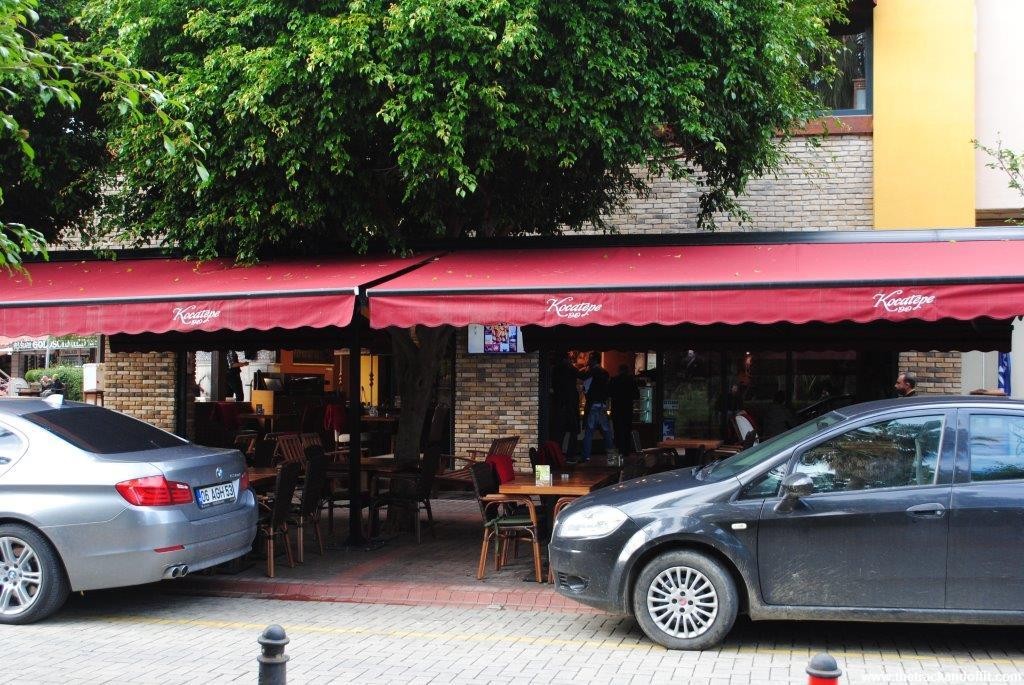 We tried Bumba Café once, as an alternative to Ozsmut but didn’t last long. The Wi-Fi was fine but the toilet was a public one downstairs where we had to pay 1 Lira. I objected so we only stayed long enough for a quick tea before moving on.

After I went travelling along the coast, Barry has some problems with the connection in our apartment so started going to Roberts Coffee because it was only 10 minutes away. It looks a bit like Starbucks but with larger seating areas. Kind of expensive but definitely workable.

Outside of December and January there are likely to be a few more options. Alanya is spread out too so you might find yourself three minutes from the beach but a 30 minute walk into the main part of town.