I love camping. I love the peace of being outdoors in nature. I love going to sleep with only a thin layer of fabric between me and the outside world. But crawling out of a tent to go to the toilet during the night can be annoying. Sometimes sleeping on the ground can make an old body ache. And camping in the rain isn’t always fun.

Luckily, during two rainy days in July, I had the pleasure of ‘glamping’ at 4 Rivers Floating Lodge. I was warmly welcomed. Twice. First at the mainland reception and then again about 20 minutes downriver at the floating lodge itself. 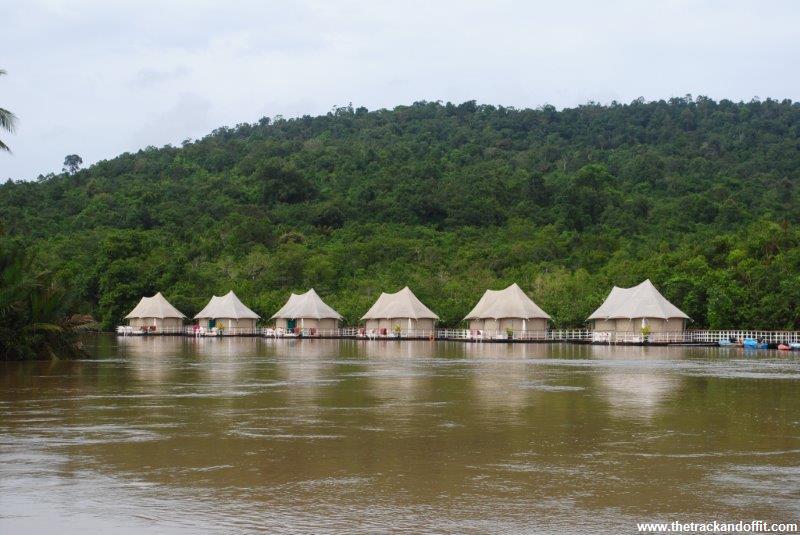 4 Rivers is made up of 12 safari tents erected on a floating pontoon which is moored to the banks of the Tatai River in the Cardamom National Park. There is an odd but not unpleasant feeling of buoyancy. On entering my tent I knew this was not camping as I knew it.

In the first section of the large open space were two lounge chairs, a coffee table and a chaise lounge. Plus a large flatscreen television. Not your usual camping equipment. 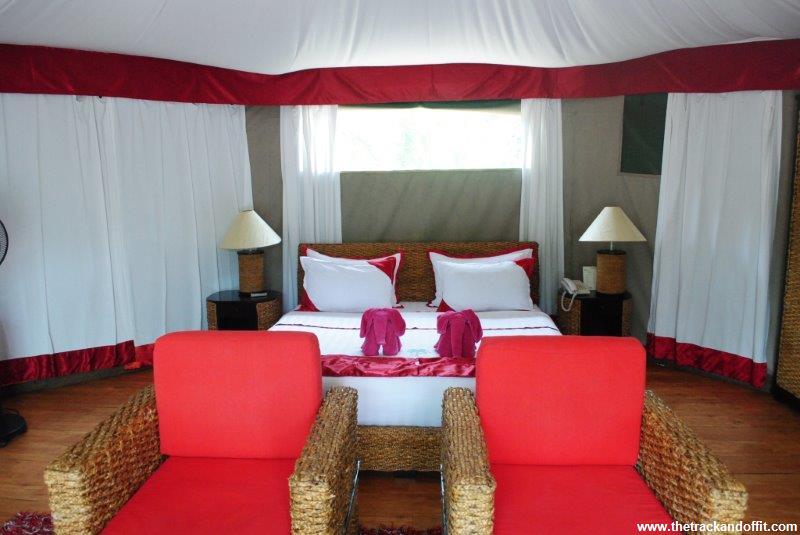 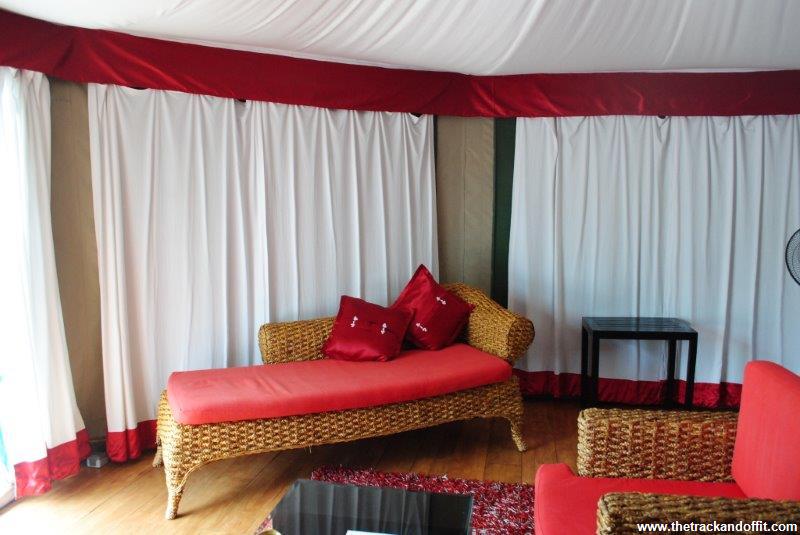 I was also thrilled to see a large queen size bed. No inflatable mattress for me this time! I also loved the elephant shaped setup of the bath towels. The heat was kept at bay by a ceiling fan and two floor fans, more than enough. 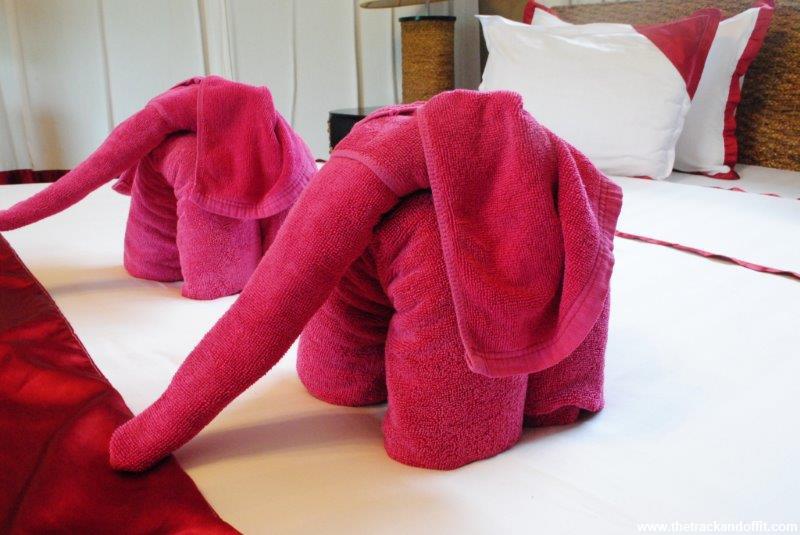 My favourite part was the large bathroom, which was bigger than my bathroom at home. All the usual amenities were present and an awesome shower in a wine barrel. Sadly no wine, but an excellent view to the river outside the tent window. This is definitely not camping in a two-man tent. 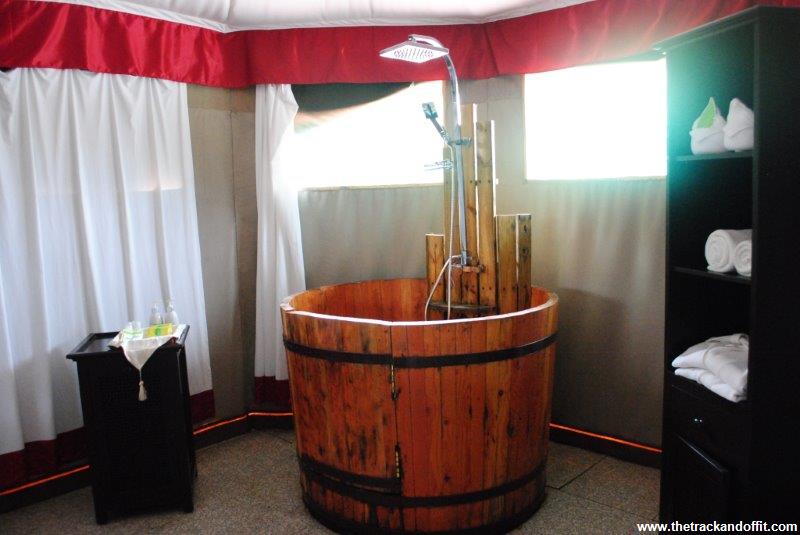 At dusk, I took out one of the free kayaks and paddled my way down river and back again, with the sunset and mountains as my scenery. Beautiful.

I was also lucky enough to take part in the daily excursion that the Lodge runs. It alternatives between a trip up river to Tatai Waterfall and a trip to South East Asia’s largest mangrove forest and farming villages. I was the only one going on the excusion so I had a choice. When I found out that there is very little activity on the mangrove and village excursion in the rainy season, I opted for the waterfall. Although, rainy season meant that the boat can only go so far. 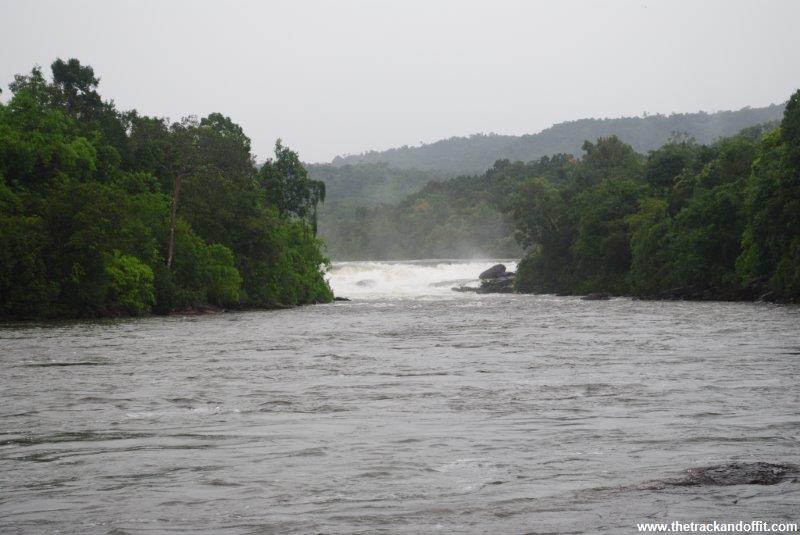 It was raining but that just made the waterfall more powerful. Along with the nearby smaller ‘hydro-massage’ waterfall. 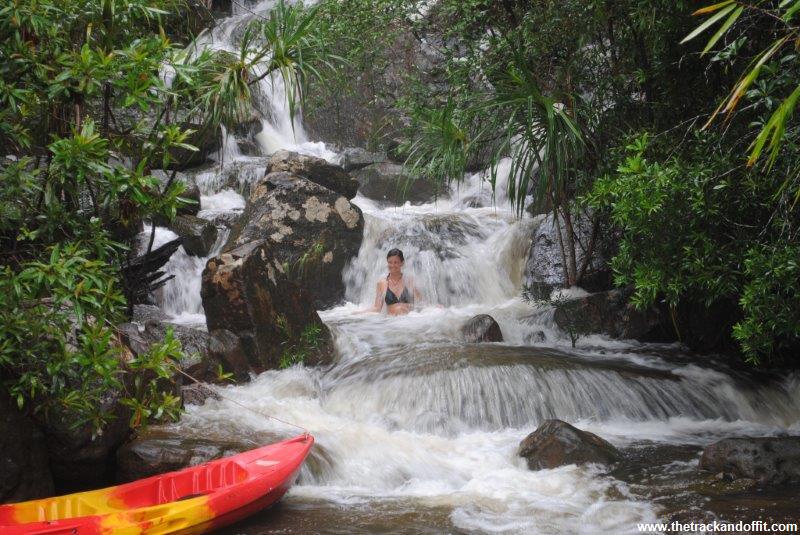 My guide was incredibly knowledgeable about river life and helpful, making sure I had a good time. I was interested to learn that he is an ex-poacher who has found a more sustainable living in being a tour guide with 4 Rivers.

It continued to rain so I indulged in the luxury of reading trashy novels and watching films on my flatscreen television. There are loads to choose from in the library tent. When evening fell, during spells from the rain, I watched the lights of the tents twinkle and a few stars peek out from the cloudy sky. I can imagine the fireflys in summer would be amazing. And of course, a visit to the dining tent is a must… 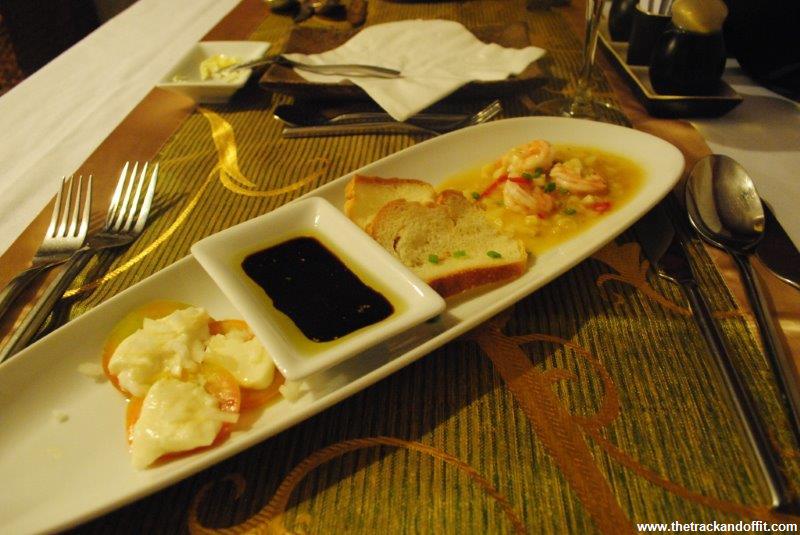 4 Rivers Floating Lodge is the perfect place to get away from it all. With no WiFi and very little mobile coverage you can truly escape from the demands of every day life. I certainly enjoyed my two night stay.

4 Rivers Floating Lodge is a member of Secret Retreats, a collection of boutique residences, hotels and boats throughout Asia and a brand that provides experiences for the discerning traveller.

I was a guest of 4 Rivers Floating Lodge but all opinions are my own and nobody from the company reviewed or approved the text.

One thought on “Camping in the Cardamoms. In Style.”