Our encounters with koalas continued. The good folk at Bimbi Park recommended their favourite mountain biking trail in the Otways and sent us off to find a long fire trail at the top of the Cape Otway National Park. Although it was muddy, wet and we didn’t have mountain bikes, we decided we (and our hybrids) were tough enough to tackle it anyway. On our way up the hilly main road, a koala literally walked across the road in front of us. He was big and crawled across the road like he owned it. Thankfully, the two cars we passed were aware of the possibility of wildlife crossing and slowed to a stop. The koala was too fast for my camera though.

It took us longer than expected to get to the top of the fire track. It felt like we were half way back to Apollo Bay. But we finally managed to find it and being the only people cycling along a leaf covered track, among the tall gum trees was an excellent way to spend a Wednesday. 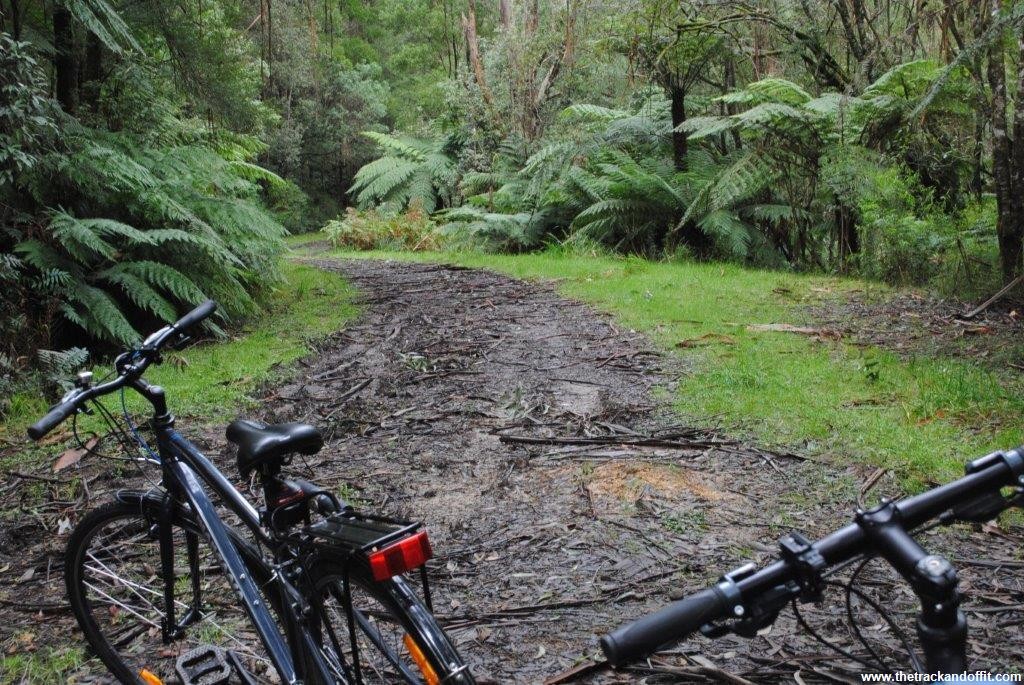 There were some really tough swampy sections where we had to walk and I thought we might have to turn back but we pushed on. The track got easier the further along we went. It was hard to see what was under the fallen leaves and bark so even the downhill wasn’t that fast and it was tough work. 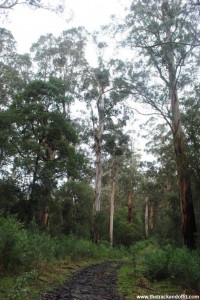 We were rewarded with some awesome downhill to Blanket Bay (noooo, lost all that good height). We deserved our picnic by the bay. It was overcast but no rain so some happy bikers here. There probably wasn’t enough chocolate though. Barry says there’s never enough chocolate. 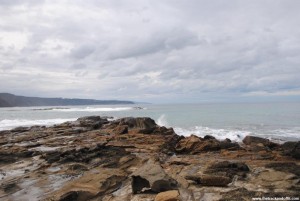 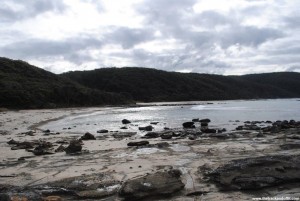 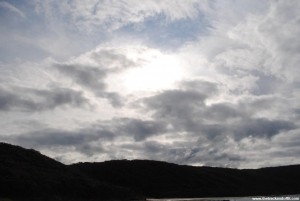 We stretched our legs along a stretch of the Great Ocean Road walk which inspired us to walk all 205 kilometres or so of  it. Maybe next week. 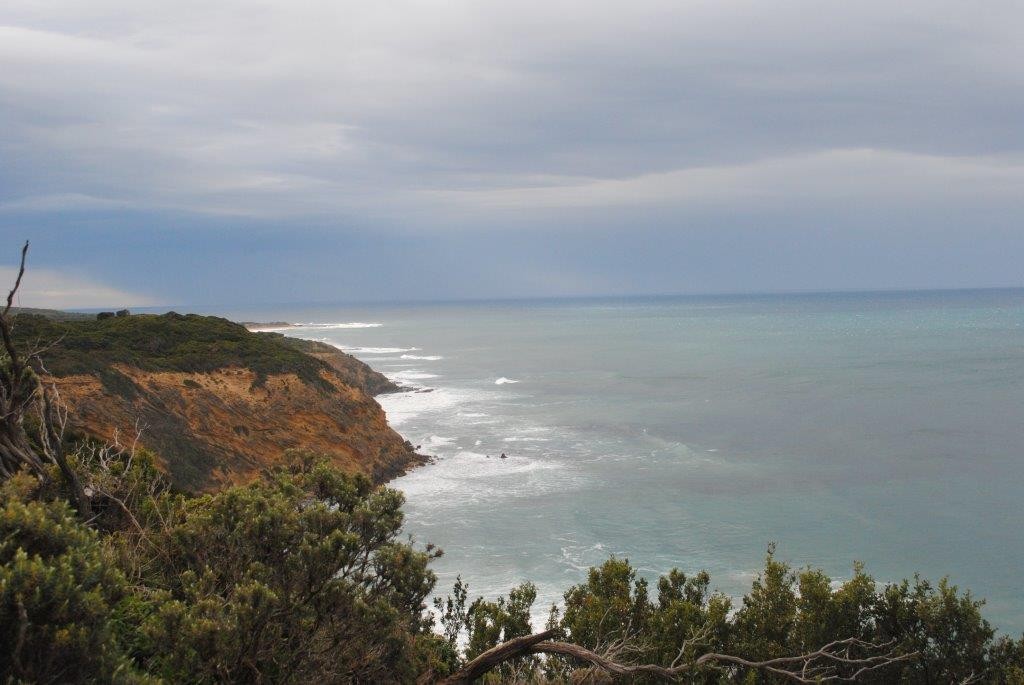 After our break, the road up wasn’t as bad as we thought. At least, that’s how it felt to me and my extra chain ring.

We still had a few hours of daylight when we got back to camp so instead of sitting out and enjoying the sunset. The best thing to do after a six hour bike ride is, of course, to hike off to the beach. A private track runs from Bimbi Camp to Station Beach. I’m not sure there’s any way to get there other than walking in and the only other people we saw were a family coming out so we had the views across the ocean and masses of sand to ourselves. 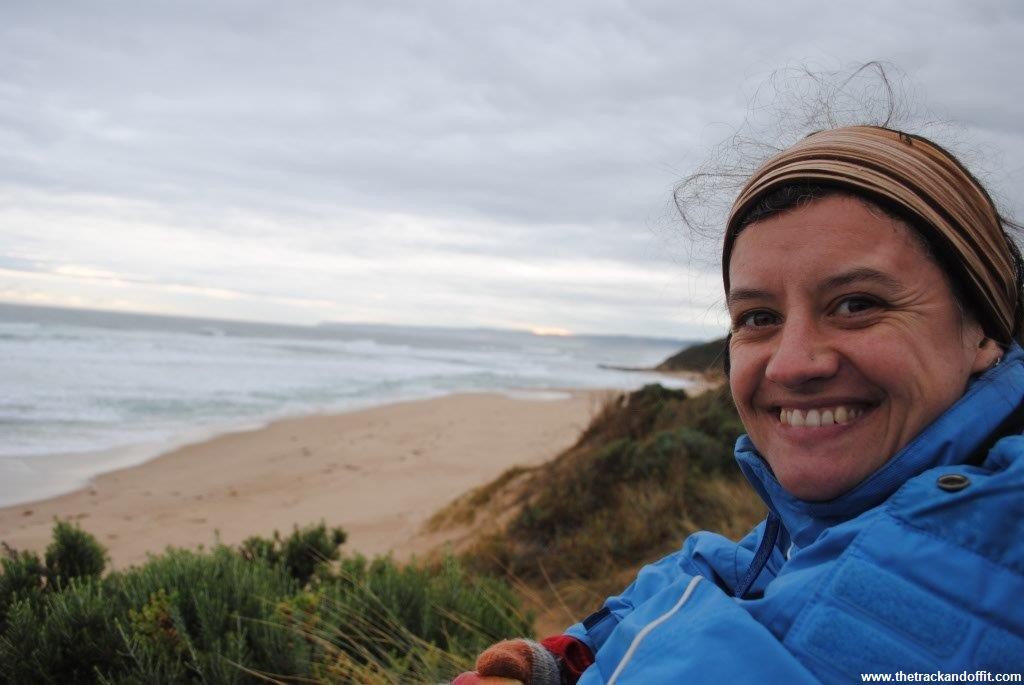 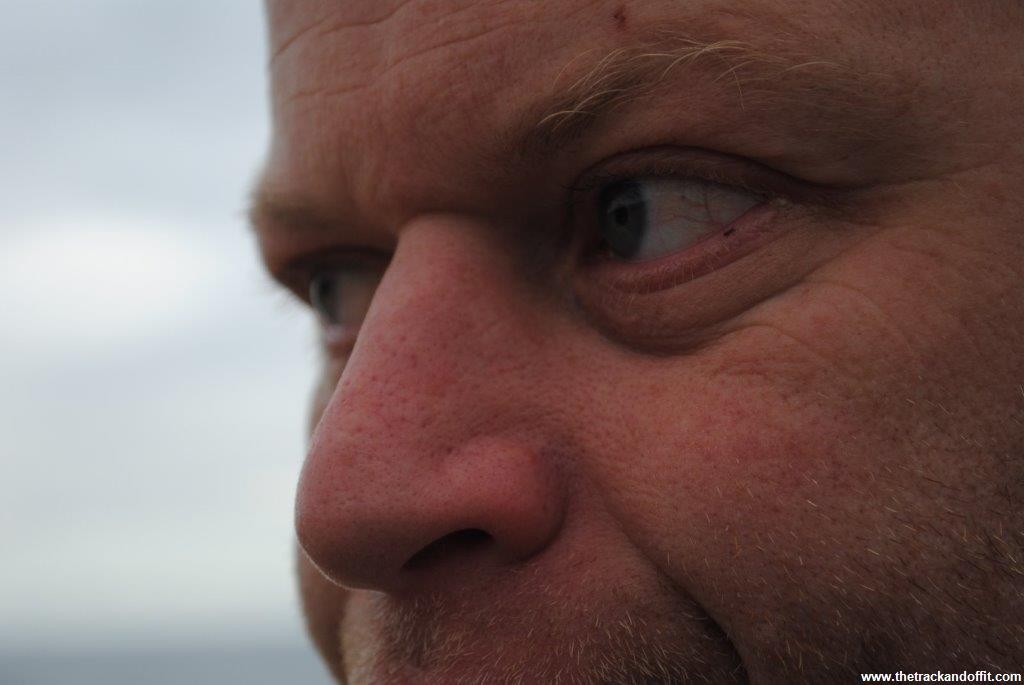 You can even see the mud in Barry’s eye…

I slept well. So did the koalas in the trees.