Back in Kuching I had just one more day for something else I really wanted – to kayak along the river, under the weeping jungle trees. George had to go back to work in the hostel but Tom decided to steal his Go-pro (I’m still waiting for edited video…) and join me.

First we had to head to a new laksa house for breakfast. This one is known as very traditional and quite spicy. We got a bit lost along the way and it was therefore further than I thought but completely worth it. It was delicious (if a little oily). 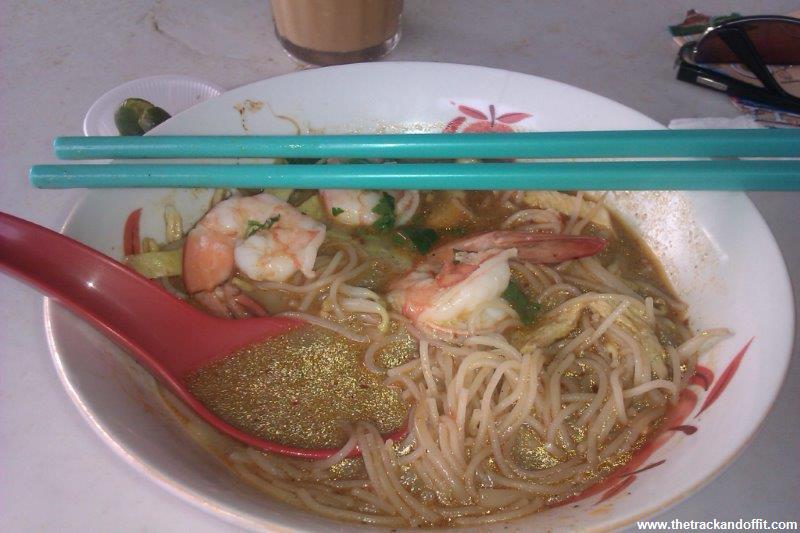 It was also popular and very busy and by the time we finished breakfast we were running out of time for our hostel pick-up. This being Malaysia and not Cambodia, timings are actually pretty accurate so we had to sprint back. We made it with minutes to spare.

It was a fairly short drive to the river, via Semmengoh to pick up the family of four who would be joining us. After having run back to the hostel after breakfast we were now left waiting for about an hour for the family to come out of the centre. We bided the time chatting with our and other tour drivers and posing for photos for random Asian tourists.

Raining season hadn’t yet arrived so the river was low, clam and clear. Tom and I got stuck on some pebbles at our entry point but after that it was plain sailing. Or paddling. Or something like that. 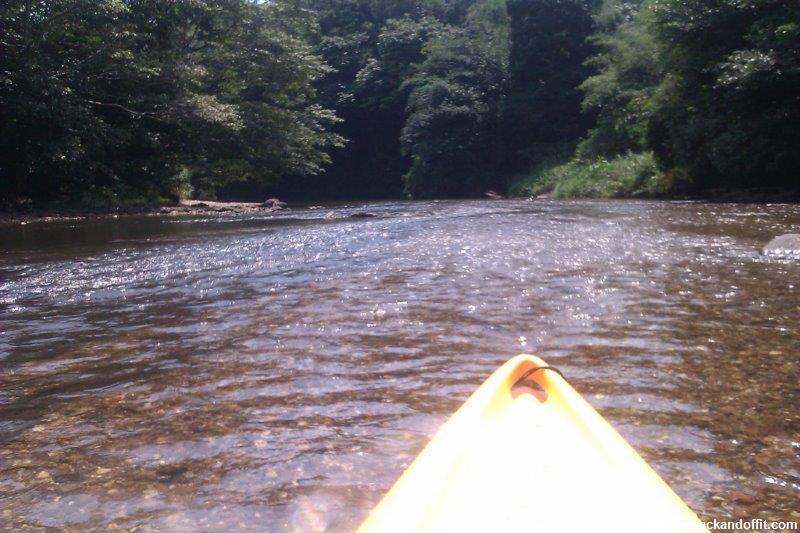 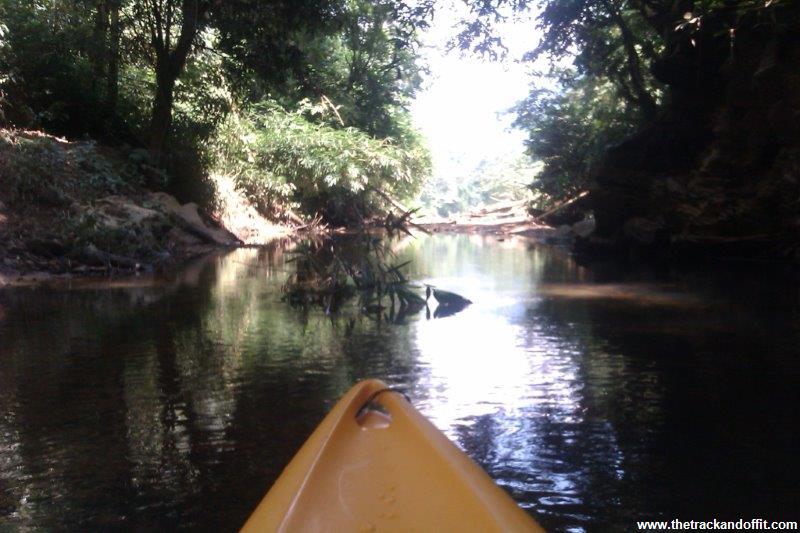 The sun shone brightly down on us we made our way leisurely along the river. 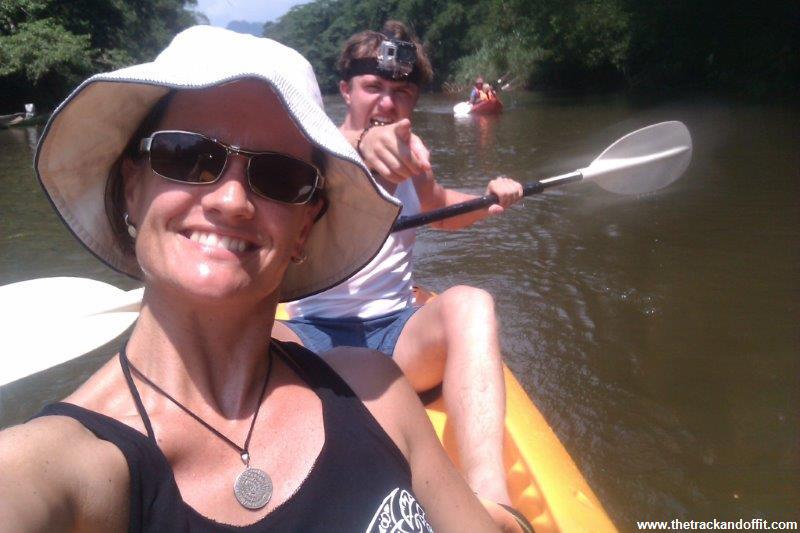 I had been hoping to see some wild animals (in my fantasy Orangu-tans would be swinging from branches high above me) but our knowledgable guide destroyed that illusian pretty early on. I did see the biggest mango ever at lunchtime though so that just about made up for it. 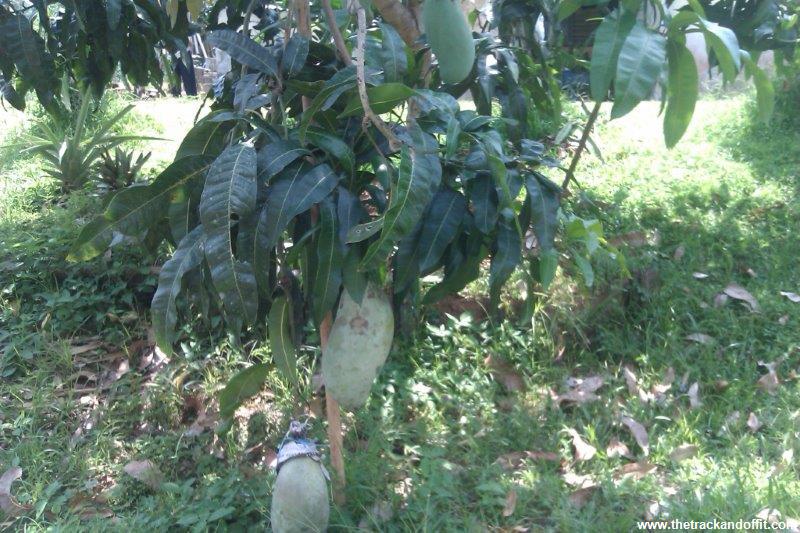 Even without animals (or mangoes), kayaking along the river, through the rainforest, being dazzled by sunshine and jumping off rocks into the river is a very pleasant way to spend a day before leaving Borneo. 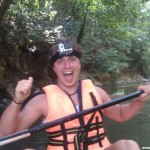 The most excited person to go kayaking ever. 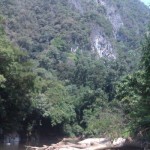 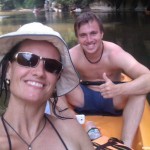