Most people stop in Koh Kong either to cross the Thai/Cambodian border or to delve deep into the Cardamom Mountains. I almost traded in the island life in favour of spending time in a remote village and hiking into the dense jungle. The Chi Phat community tourism group (www.chi-phat.org) looks amazing and very affordable for the solo traveller.

But when the rains started there was no way you’d catch me in the leech infested jungle. Next time.

Luckily for me, Luxuryandboutiquehotels.com had other things in store for me.

But first, a night in Koh Kong. I teamed up with the one other person, a French girl, getting off the bus and not going straight to Thailand, and headed to what had been reviewed as a reasonable guesthouse (Blue Moon Guesthouse). A couple of hours later we found bedbugs in two rooms and I was out of there.

The next guesthouse we found was dark and gloomy. The next one had a pool but also spiders and other small crawly things under the mattress. No thanks. Finally, I found a newly built, highrise, non-descript Asian hotel around the corner from Fat Sam’s. It had no character, only one staff member spoke a little English but was blissfully clean, bug free and had hot water for $7 per night. I was careful to keep my backpack in the bathroom, just in case. I celebrated with a beer at Paddy’s Bamboo Pub with my new French friend and an undisturbed night’s sleep.

The next morning, Fat Sam’s turned out to the best traveller’s cafe in town. Cheap beer, cheap and tasty food, full of tourist information, recommendations and services. With my Khmer being so bad that I couldn’t even get a tuk tuk from my hotel (sounds bizarre, I know when you think about all the ‘tuk tuk, lady!’ calls I’ve heard), this was a relief.

The French girls and I headed out of town in the late morning – they to the waterfalls, one of the few day trips that can be done from Koh Kong during rainy season, and me to relish in luxury and explore river life. 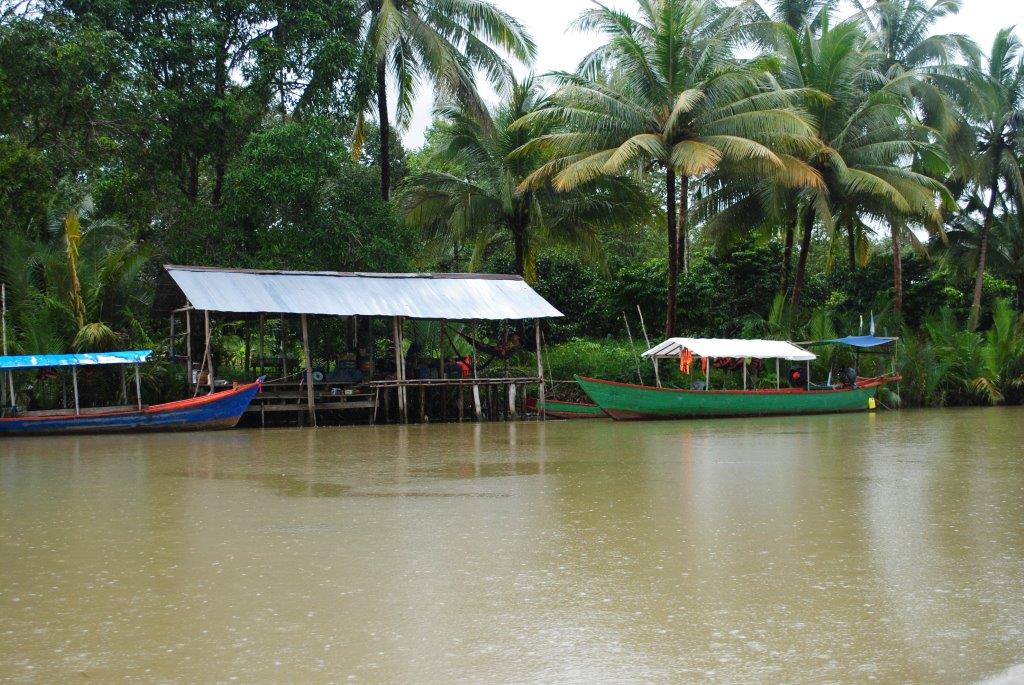 Read about my wine barrel shower and twilight kayaking here. And not a bedbug in sight/site. 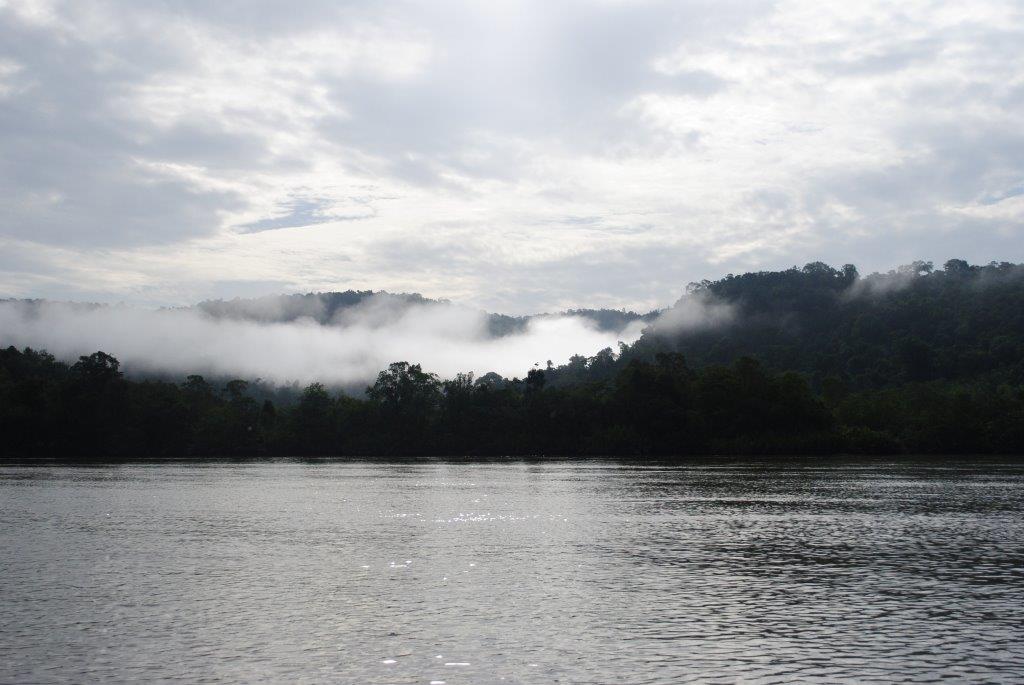