I’ve been borrowing a bike since my arrival in Melbourne which has been great for my pocket and not a bad for pootling around some of the trails in Hawthorn and Kew. But since starting a temp job in Heidelberg and commuting around 20 kilometres a day I decided it was time for an upgrade.

I wasn’t after anything too fancy (an unreliable income stream and the view to more travel next year meant I wasn’t looking for the latest high end fancy pants road bike) but I was quite particular about some aspects. No suspension forks – I haven’t been on the MTB trails for years and don’t think they’re necessary to community on roads and bike trails. Preferably a crossbar rather than a step through – easier for carrying up stairs. Semi-slick, non-knobbly tyres. Easy fire trigger gear shifters – I’m not a fan of the grip twisty things. If it was already kitted out with a pannier rack for touring in the warmer weather, even better. On a budget. Basically I wanted my Ridgeback (bought cheap as an ex-hire bike), now safely ensconced in a garage in the Kingdom of Fife.

I started out looking at secondhand bikes, both on Gumtree and from reputable recycle dealers. But I’m nervous about the servicing requirements which make a (stolen?) Gumtree bike not so cheap (once bitten, twice shy). The bikes from places like Back to Bikes were still around $200 but generally failed in the gear shifters, tyres and pannier rack ideals. Just getting new tyres had the price creeping up.

I first looked at the Reid City 1, everything on my list for $349 (when I first looked it was $299 but I guess things can change in a couple of weeks). Supply problems have kept this one out of stock for the foreseeable. 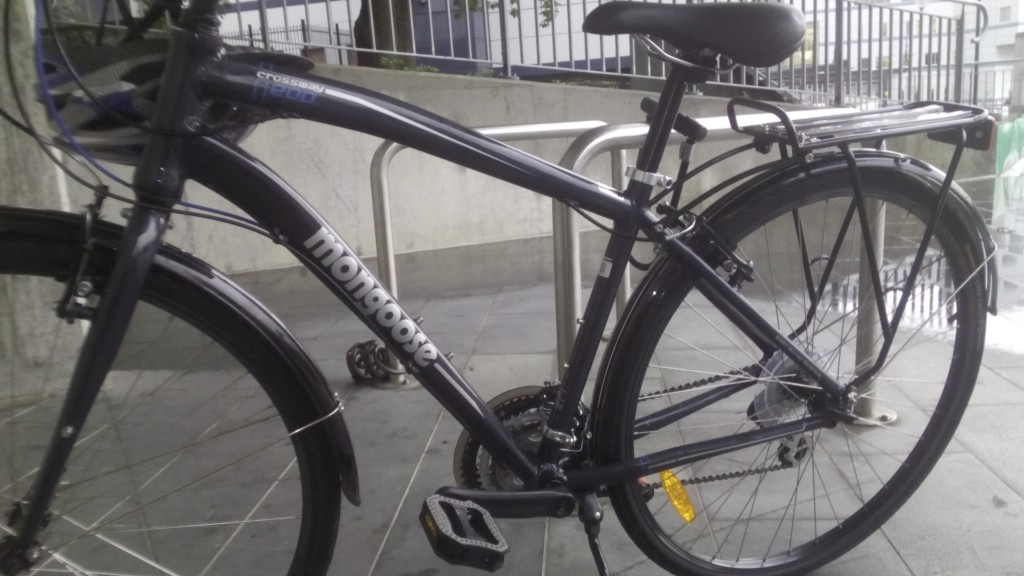 It’s everything I wanted – a small men’s bike with Shimano EZ Fire gear shifters, Continental Contact 700c tyres, mudguards and a pannier rack. It’s lighter than my loaner too, and best of all, within my (admittedly increased) budget of $399 at 99 Bikes.

I had to join the $5 Club in order to get the price but that will more than pay for itself when I join one of their included bike maintenance classes. I picked her up yesterday.

The ‘goose has already been out in the wet and handles well. So far I love her. I don’t have to work so hard to get up the inclines. I can zoom along comfortably, overtaking anyone not in lycra. Effort is rewarded. I like the clever system of the rear cable running through the top tube so it won’t rub if I ever load her onto a rear car rack. 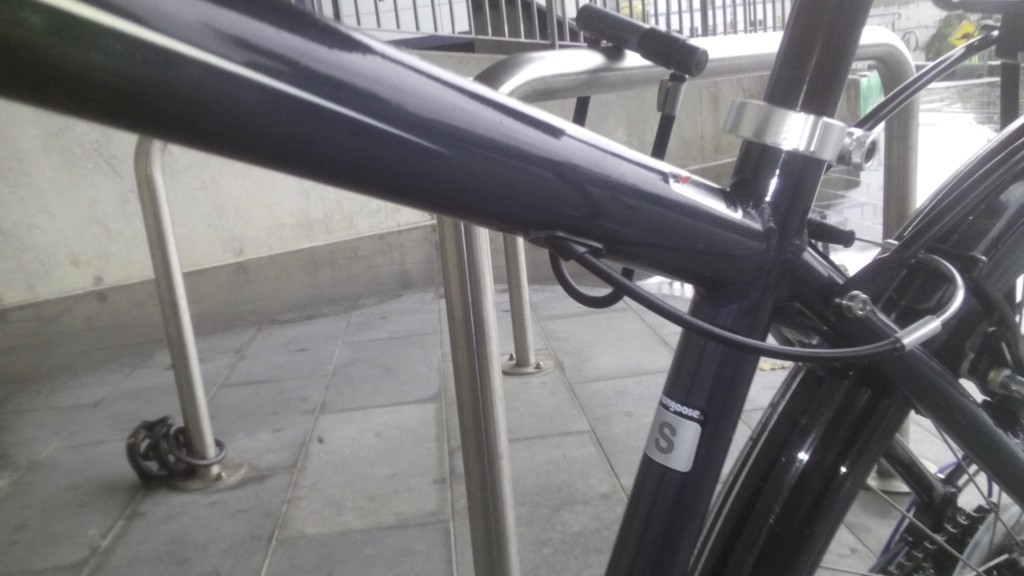 A couple of rattles and clinks will either work themselves out or be sorted at the included six week service. The brakes work a treat and I feel safer and more in control.

Faster too – the ‘goose has already knocked three minutes off my PB. 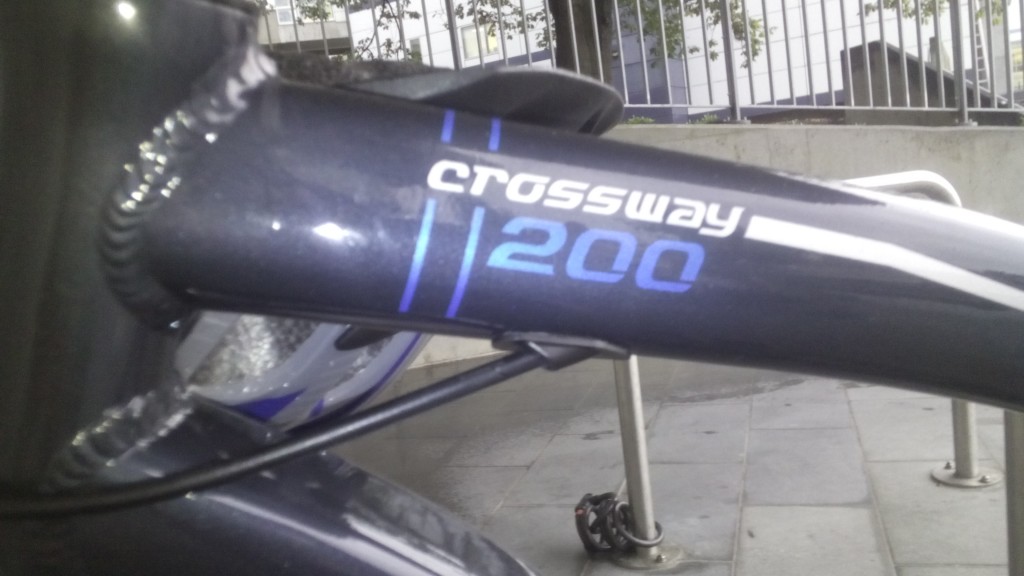 (Better pictures to come the next time it’s not pitch black when I get home. Maybe even some sunny day ones of trails around Victoria.)