Myvatn is yet another ‘must see’ of Icleand. Julie and I had been very much looking forward to visiting, after seeing pictures, reading and listening to other traveller’s stories. The area is full of remnants of volcanic activity, birdlife, and active geothermal sites.

Our first win was that it really was a short drive from our ‘campsite’ at Godafoss. The area of Myvatn with most of the sights is also fairly small so it’s easy to explore this diverse part of Iceland in a day or so.

The first stop was the Dimmuborgir lava fields. These were so different from the lava fields at Beserkersville. The rocks formed really cool shapes, reminding me of the Dark Crystal. 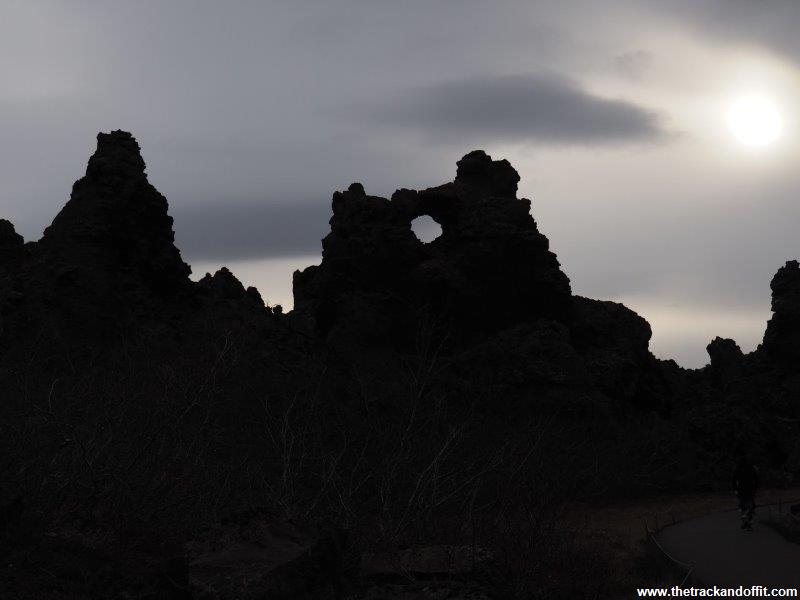 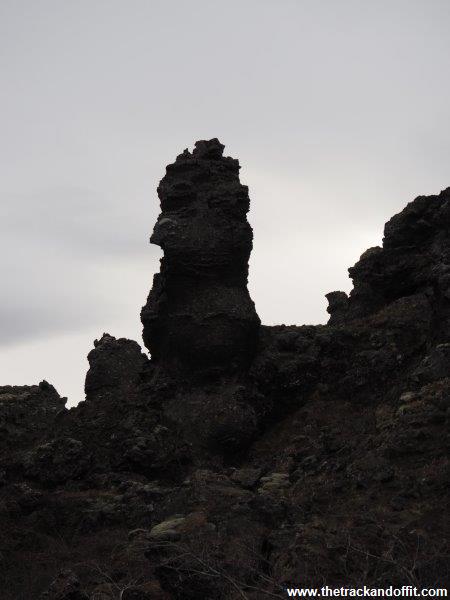 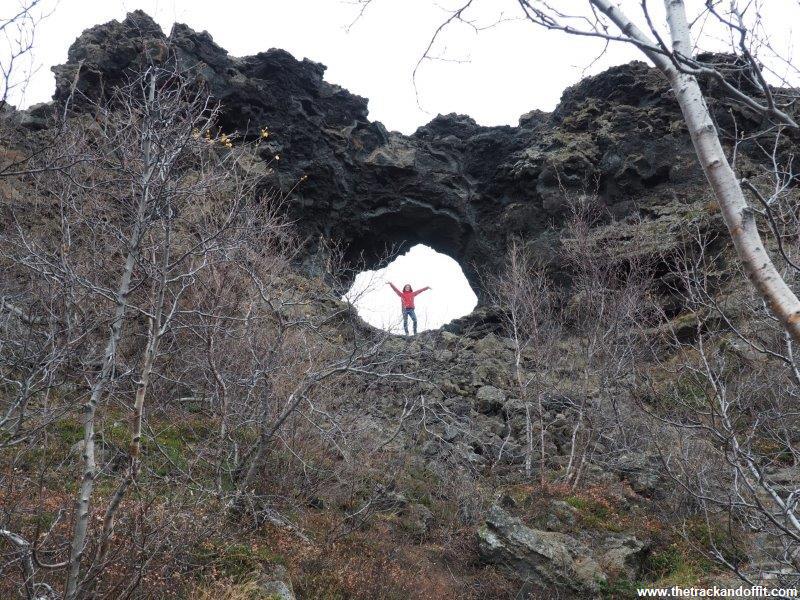 Dimmuborgir is also where we learnt about the 13 Yule Lads. Part of Icelandic folklore, the naughty trolls who arrive and depart at various times in the lead up to, and just after, Christmas. I think Pot Scraper, who steals leftovers from pots is my favourite.

We climbed a volcanic crater but were disappointed to see that it basically looked like a quarry. Not sure it was worth the effort (especially with my knee injury). But the views were nice. An older couple struggling about a quarter of the way up asked if it was worth it. We said no. They could look at pictures and be just as happy. Maybe happier, they looked decidedly unhappy about the further climb. 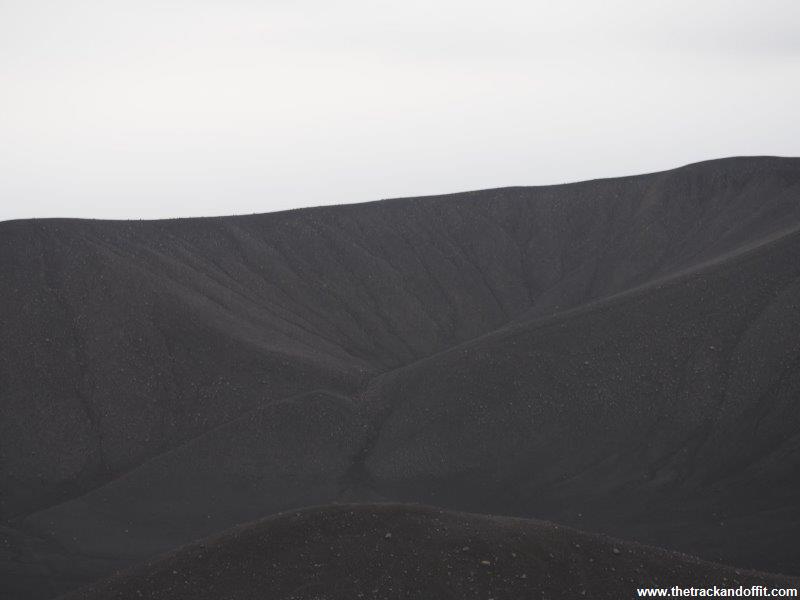 Pretty awesome to literally see the steam rising out of the ground from geothermal activity. 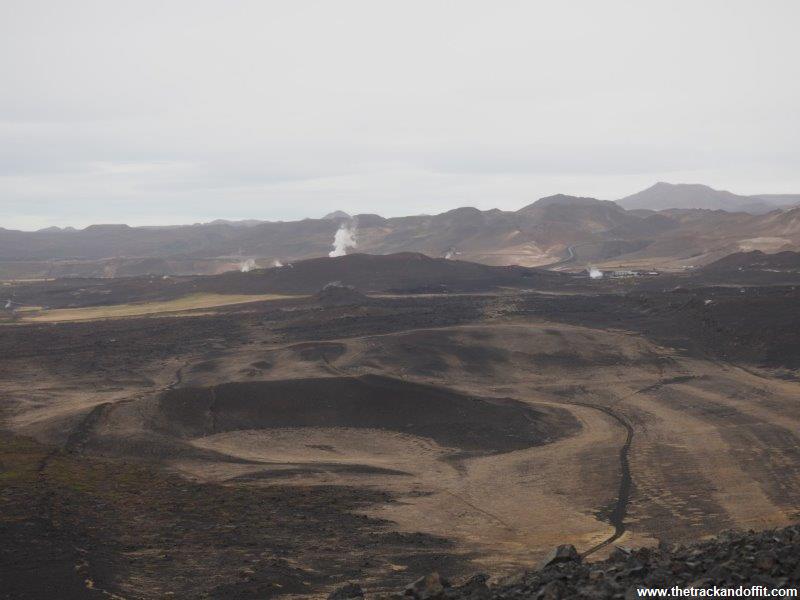 We toured the lakes of Myvatn, checking out the maars (explosion craters) and pseudo craters. And sheep. 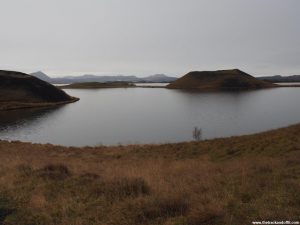 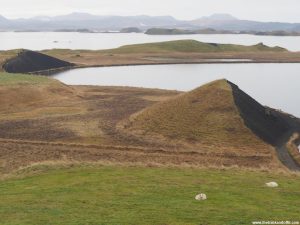 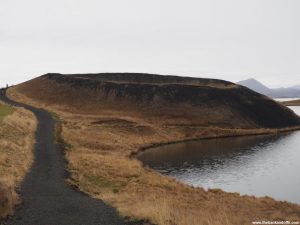 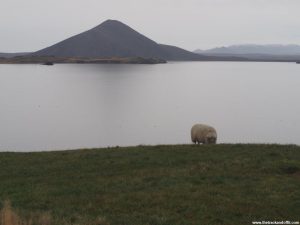 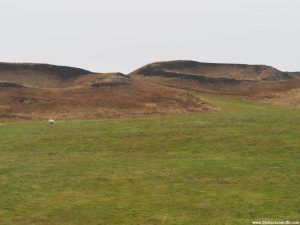 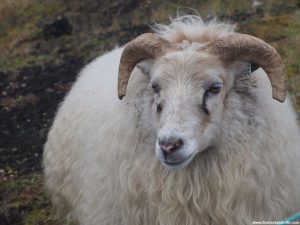 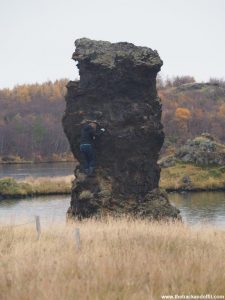 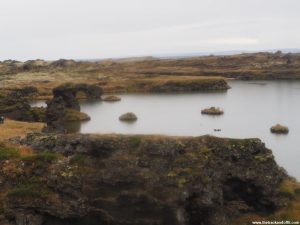 Also, the fissure of an earthquake. 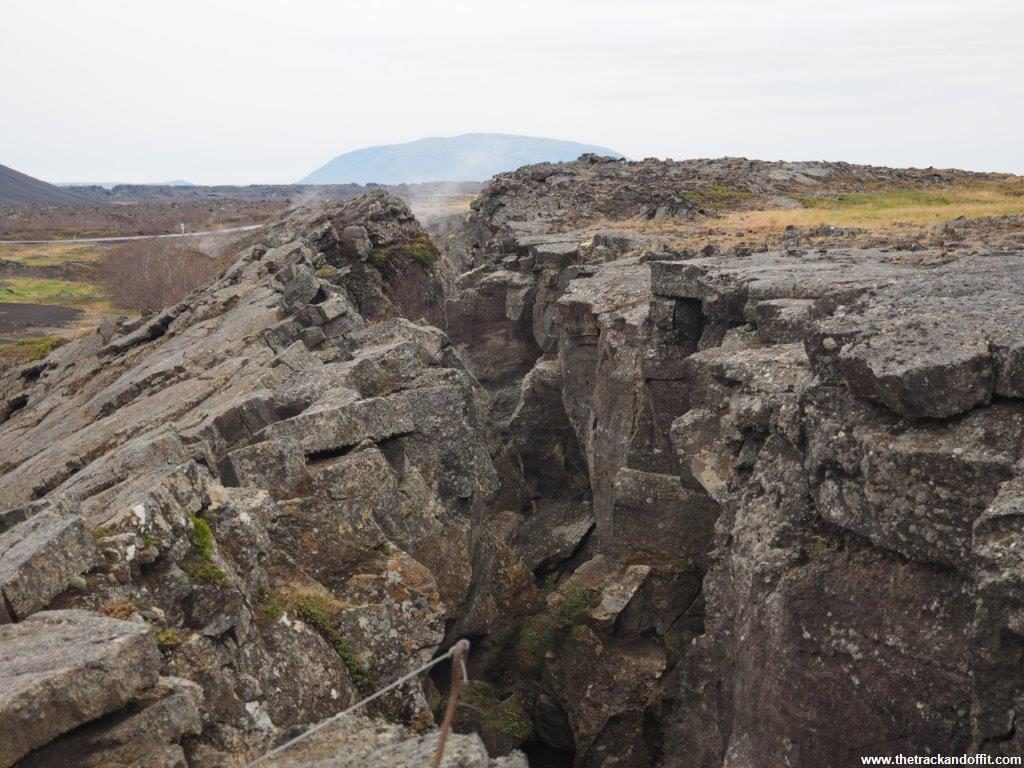 Still active, and the steam from the ground is hot enough to warm your digits. 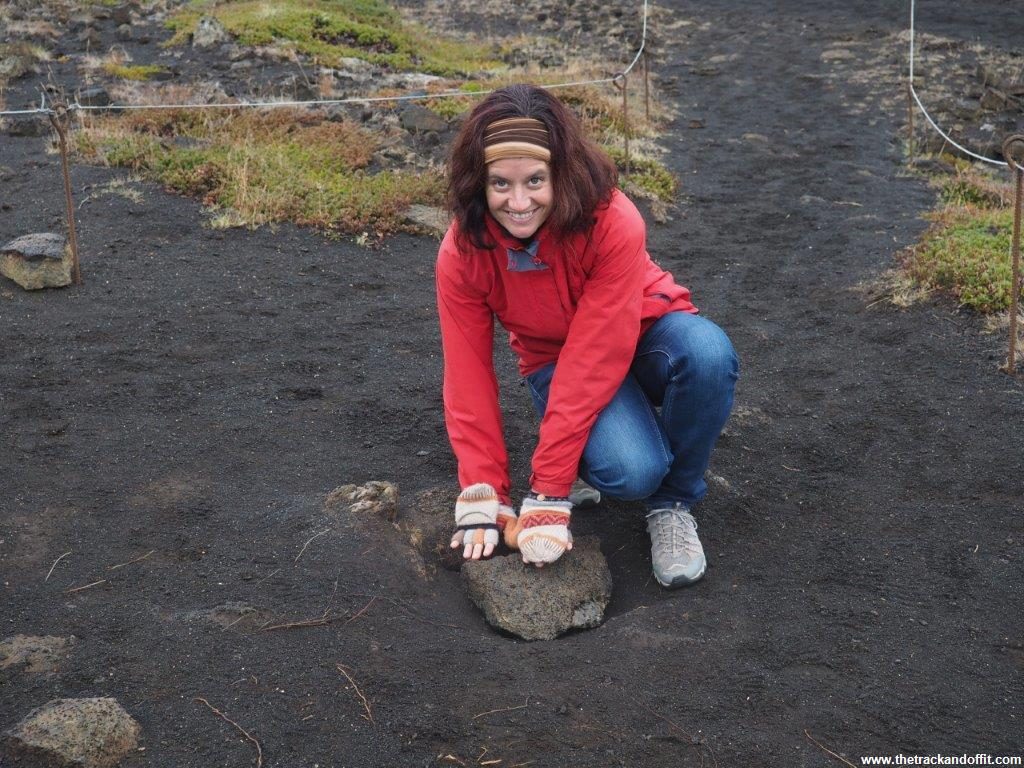 I normally don’t mind the smell of sulphur and farts. But at Hverir, Myvatn mud pools, it was almost unbearable. This is definitely an area where you shouldn’t breathe too deeply. 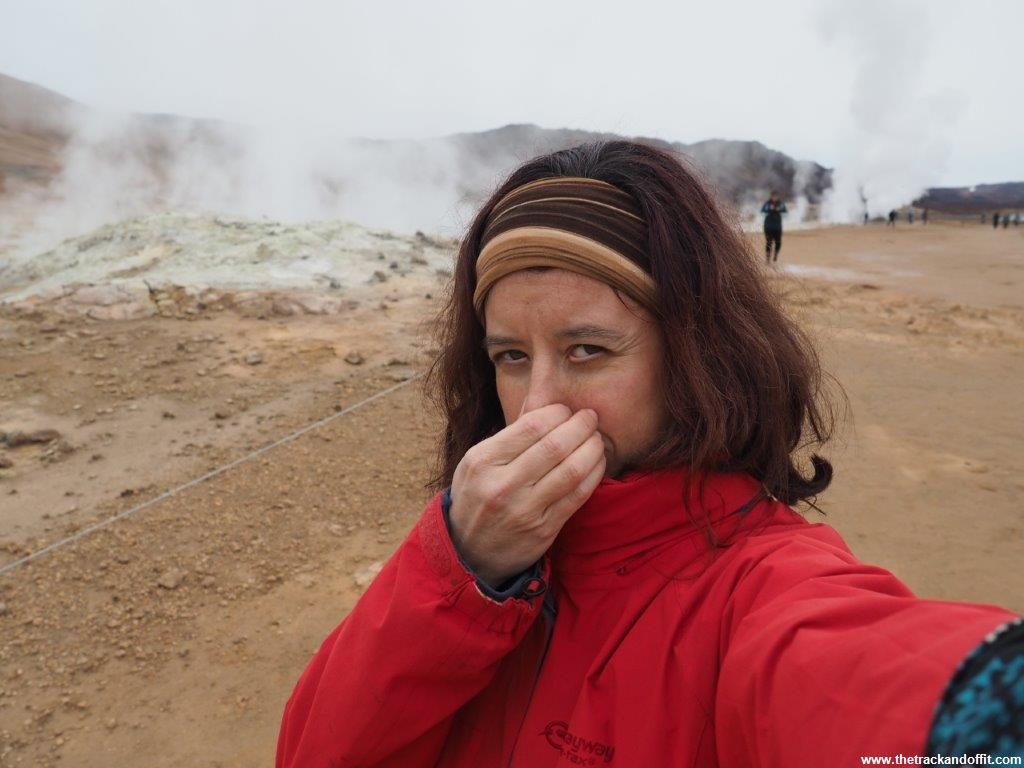 Luckily, the Mars-like landscape made up for it in uniqueness, colour and intrigue. 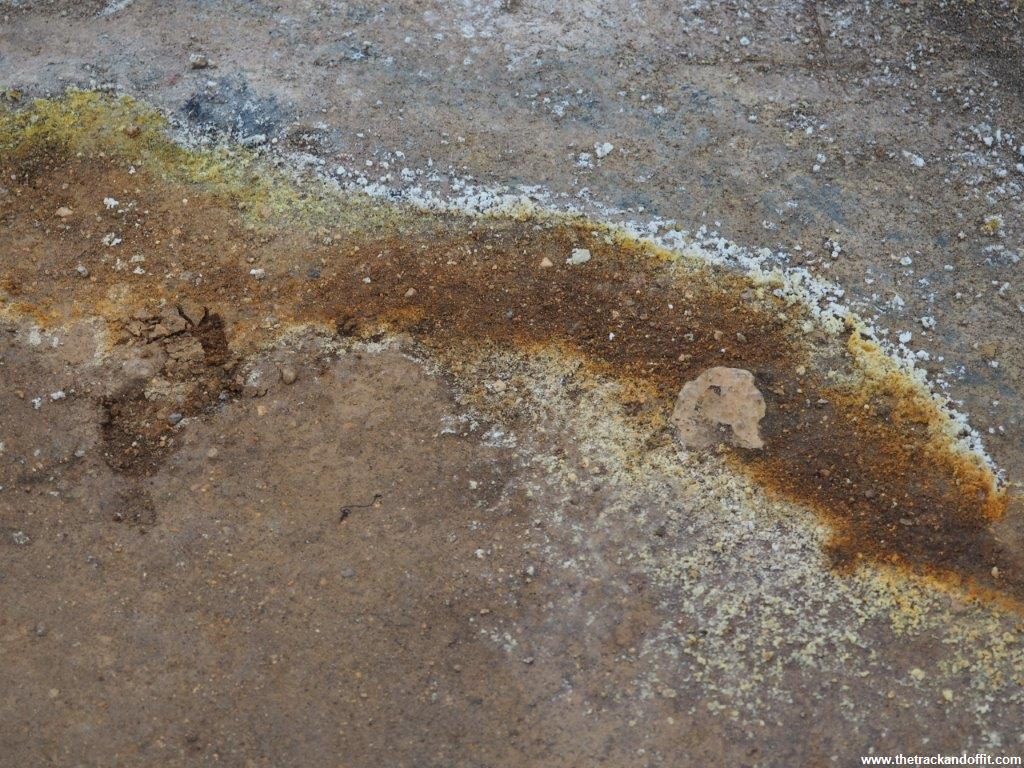 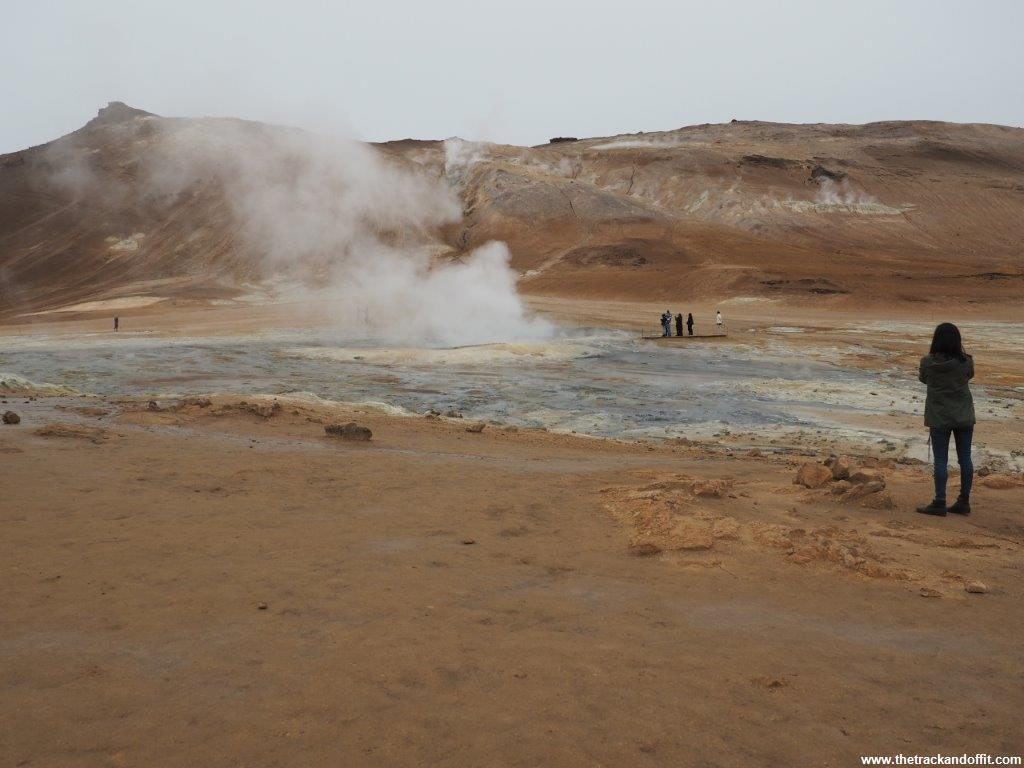 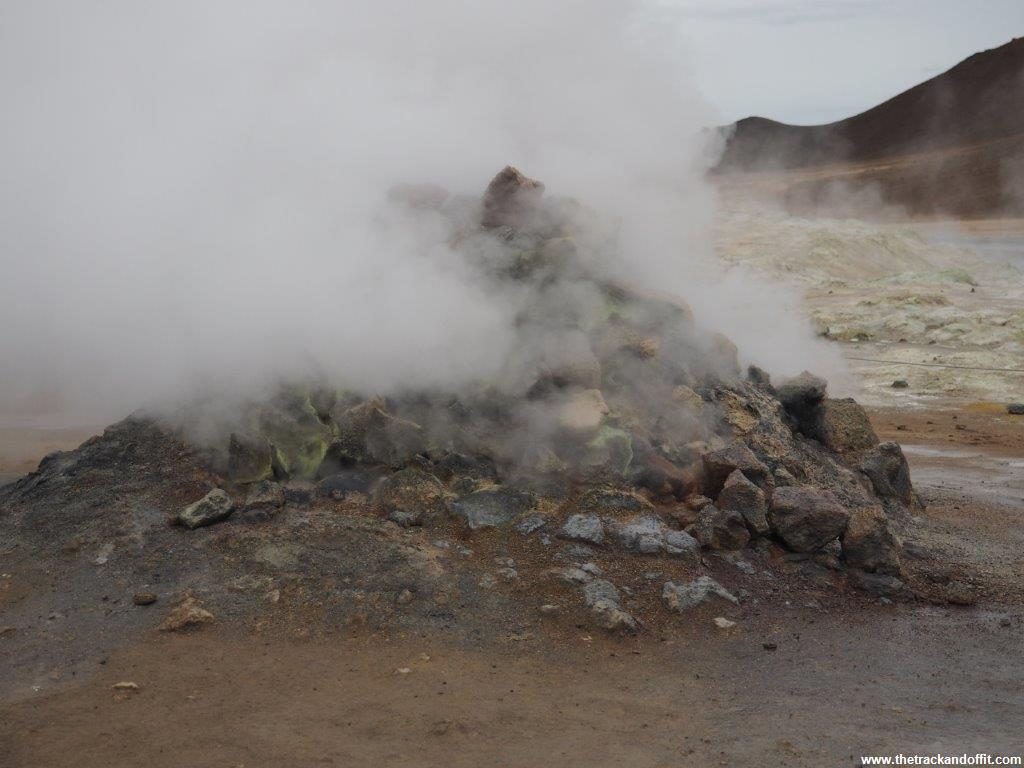 I nearly lost Julie in a cloud of steam and vapour. 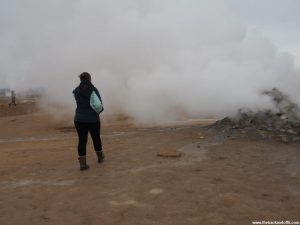 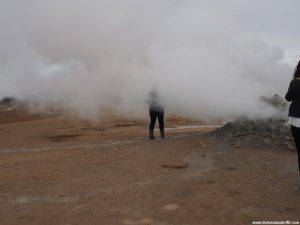 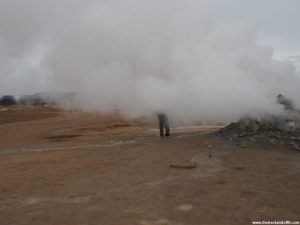 I spent hours watching mud bubble and burst (maybe minutes rather than hours – that seems a bit excessive). Could have been the set of Total Recall. 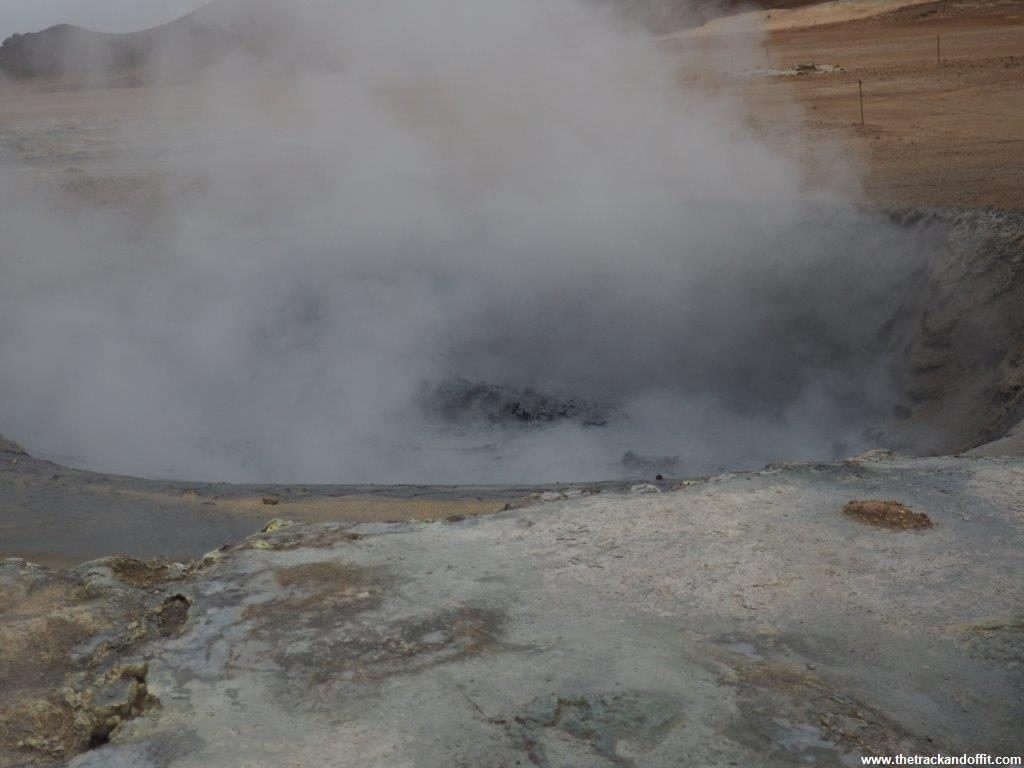 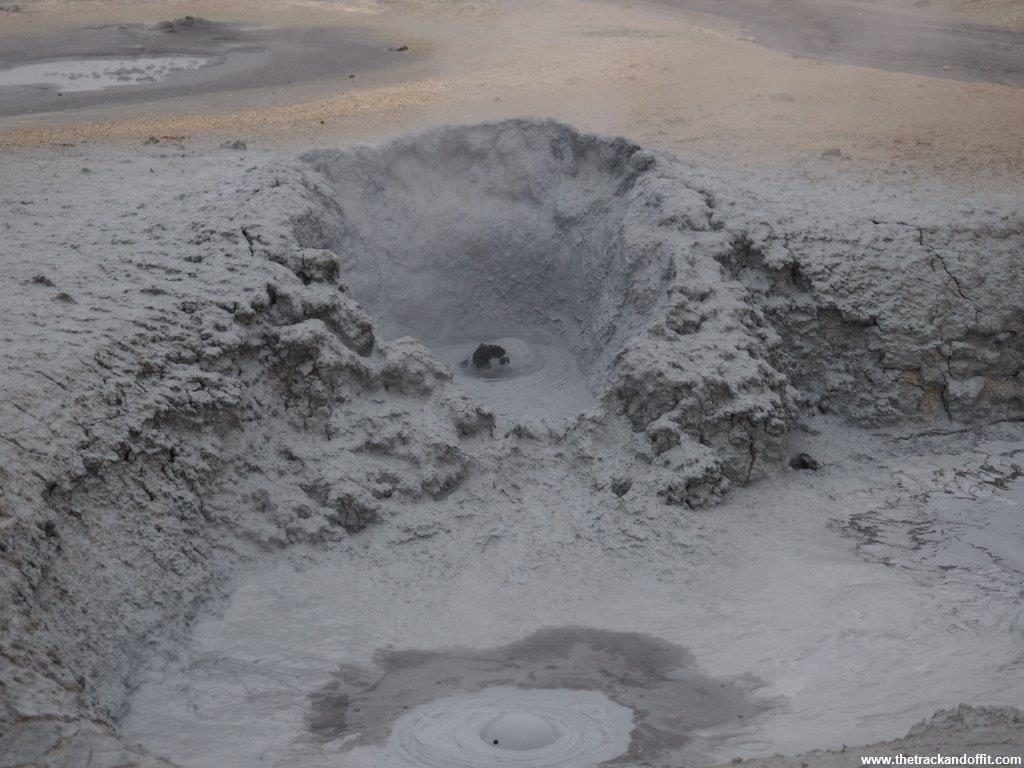 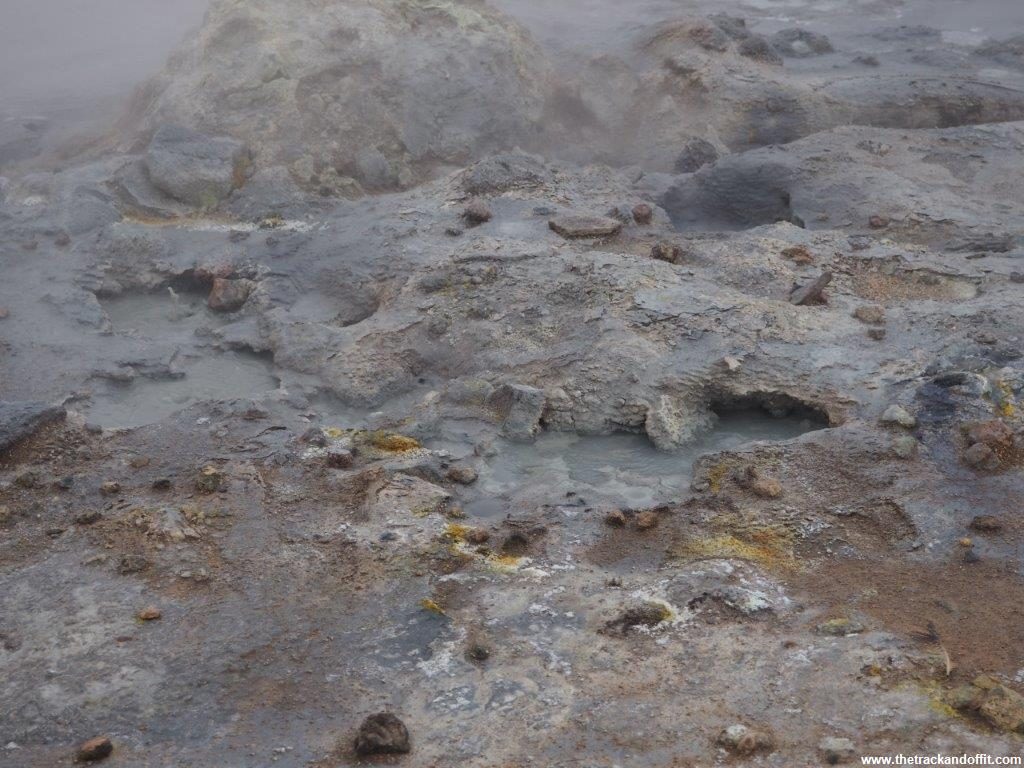 I didn’t really believe it when someone told me that the electricity plant was super interesting. But in the interests of exploration, Julie and I decided that we should give it a chance.

The plant is quite beautiful. Look how clean it is! (Also, there’s not such thing as clean coal.) 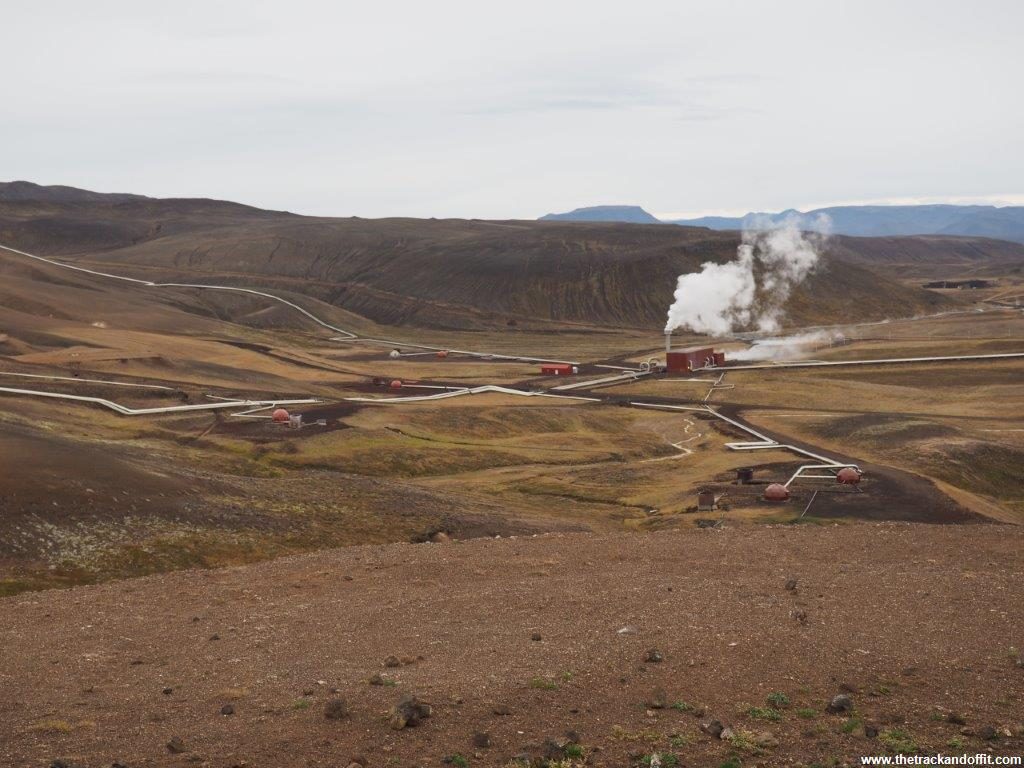 A short walk to a volcanic crater high above the plant reveals a crater lake of the most gorgeous blue. 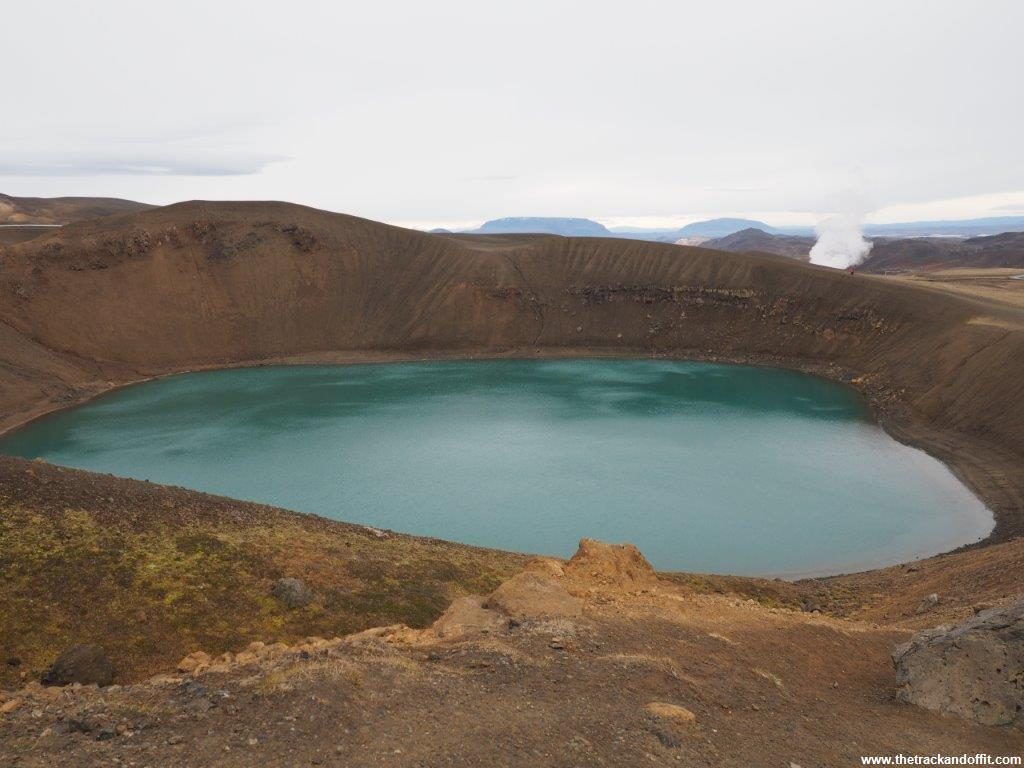 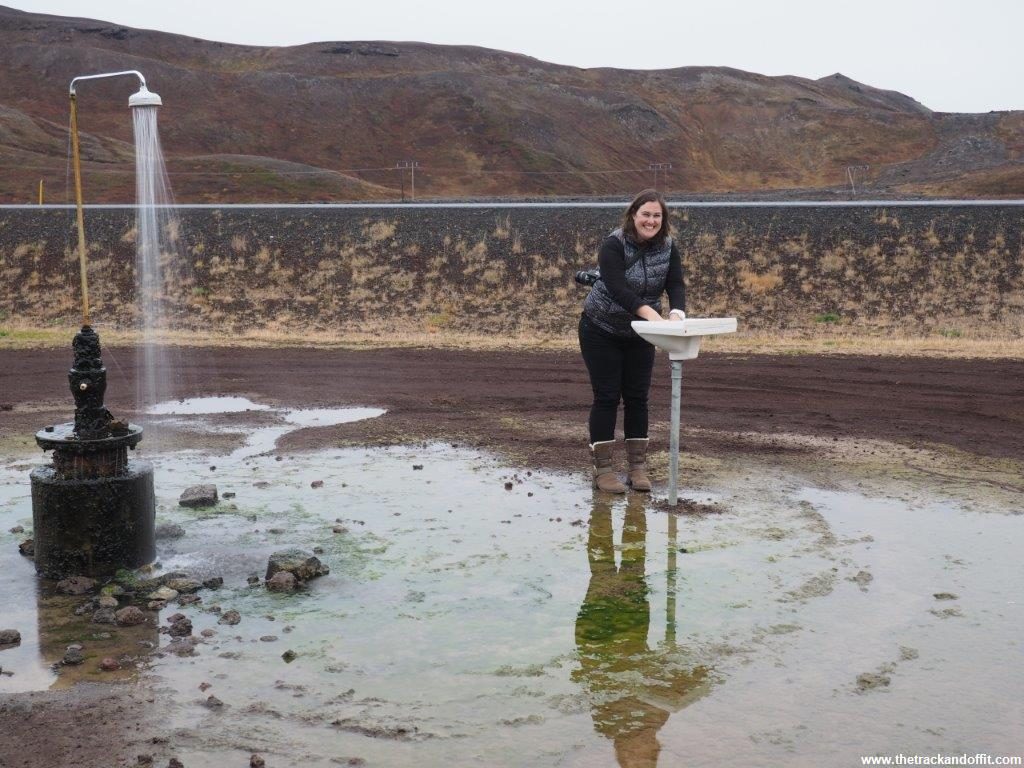 Easily, one of our favourite parts of Iceland. And there was only one waterfall.

We rewarded ourselves with some late afternoon hours at the hot springs Blue Lagoon of the North (nice but not as good as the Secret Lagoon and cured us of our desire to plunge into the first Blue Lagoon near Reykjavik. 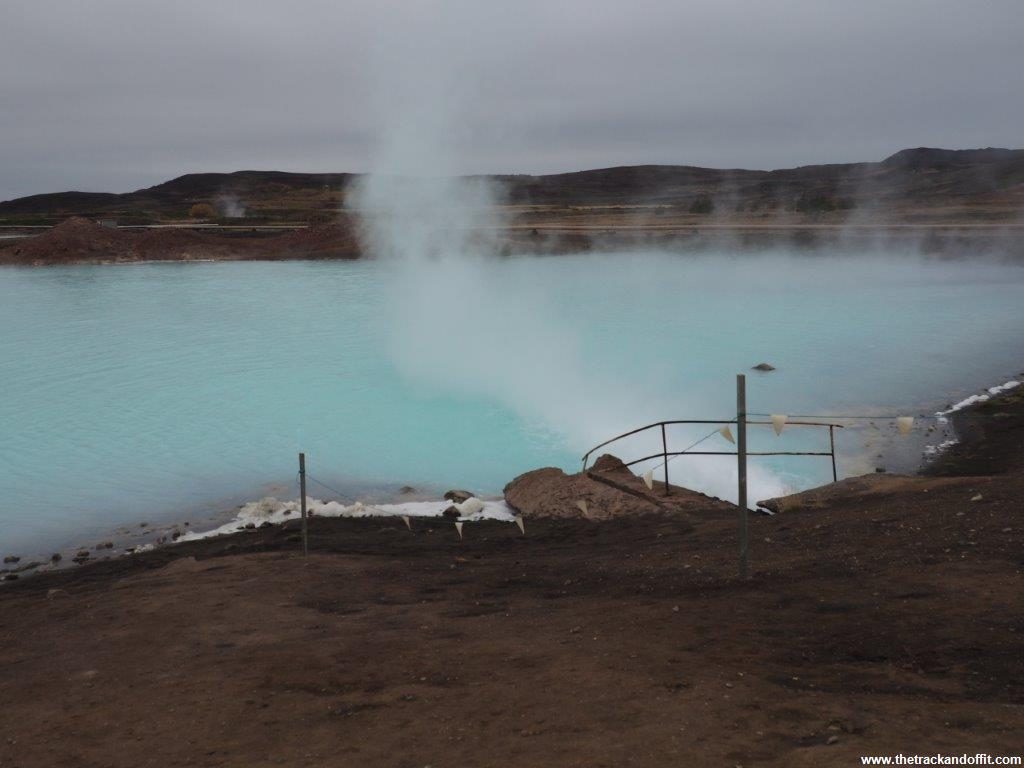