What to do with a day in San Diego. First of all, you ask the lovely Jolene, who has lived in San Diego for years. 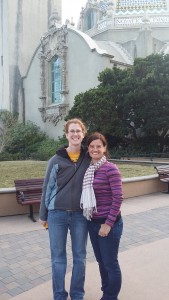 Jolene, who I haven’t seen for more years than I care to count, kindly sent me a long list of options.

Barry’s folks set off for Balboa Park for the day and we decided to meet up with them later. The fact that Barry and I had never been on an aircraft carrier before, and that we were staying within a 10 minute walk, and it was a little rainy (where did that come from?), meant that the USS Midway (now a museum) rose to the top of the list. Didn’t hurt that I wanted to be all Top Gun (we passed signs for Miramar on the drive in to San Diego).

I thought I’d be able to be an efficient tourist for the day and drag Barry all over the city. A couple of hours at the Midway, a trip to some of the other things on the list…

Five hours later, we were still on the Midway. It was fascinating. Named after the Battle of the Midway (not actually part of the battle), the ship was commissioned in 1945, decommissioned in 1992 (relatively recently) and became a museum in 2004. 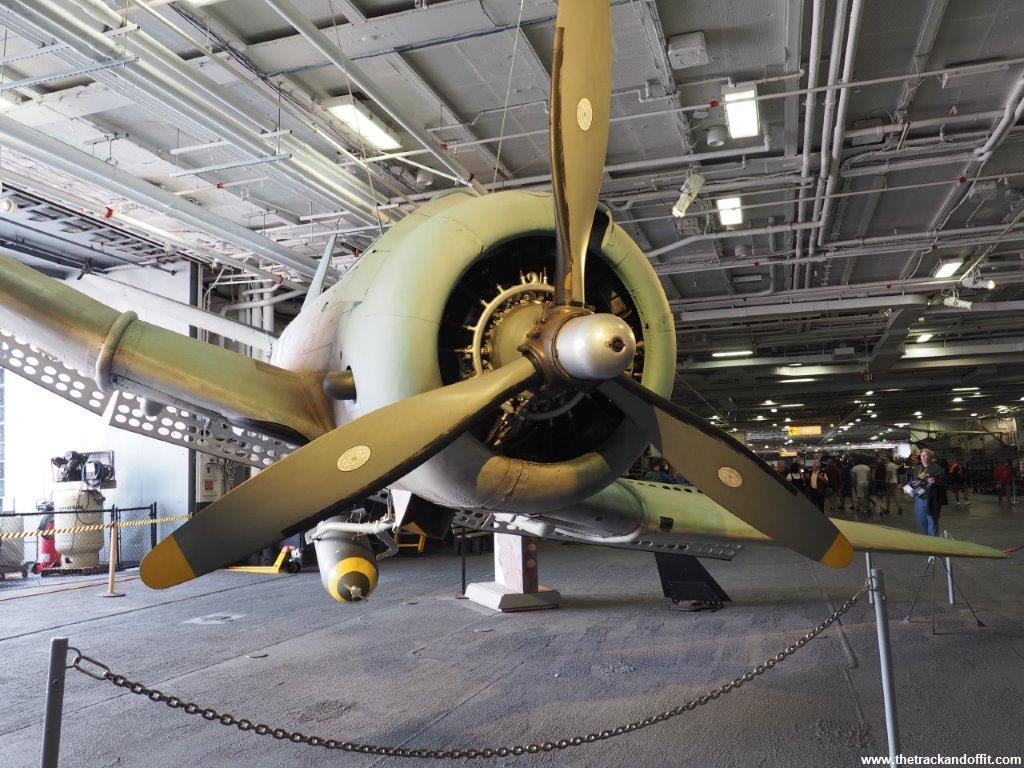 We spent hours wandering around the living areas of the ship. It was huge, which makes sense as I think it could sustain a crew of 4500. I liked checking out the bunks and cabins, and ready rooms. And pretending I was a pilot strapped into a jet fighter seat.

Or a Yellow Jacket traffic control dude on the 4 acre flight deck. 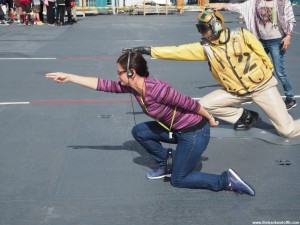 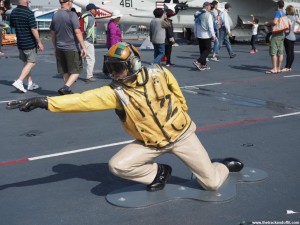 I don’t know if they were volunteers but I especially loved listening to the retired navy guys (I assume) talk about their experiences of taking off and landing fighter jets on the Midway. Precision flying.

I also looked for Goose, Maverick and Iceman in the F-4 fighters but no luck. Mostly we saw planes and helicopters. 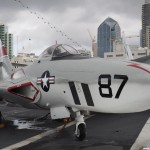 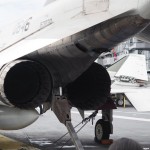 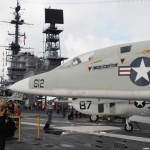 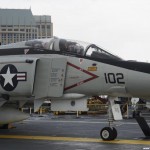 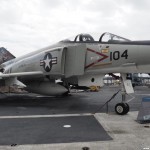 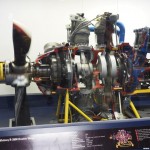 When we finally left the Midway (our stomachs told us it was time to go; also Barry got bored), we wandered around the downtown/waterfront area of San Diego. Barry thinks this sailor is about to break the girl’s back. 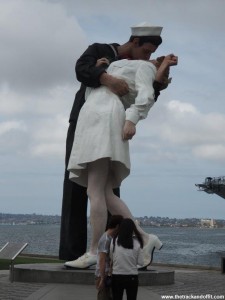 We grabbed a fish taco (excellent and $2.50) and strolled through town to Balboa Park, passing through the Gas Lamp quarter with it’s art deco buildings. 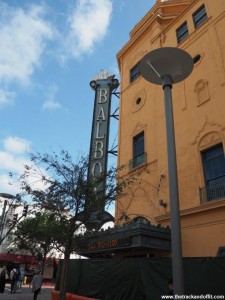 We finally made it to Balboa park with just enough time for a fresh lemonade before meeting Jolene and her husband and son at the Botanic building. We strolled around the park catching up on many years and learning about life in San Diego. Balboa Park has a very European feel with plazas and stage areas and brass statues. There’s also a replica of Shakespeare’s Globe Theatre. People watching was fun too, even the opera singer with bizarre make-up. I kind of felt like doing some Balboa dancing (seemed appropriate) but Barry said no.

All too soon we had to meet Barry’s parents and hit the road to LA. But a great way to spend 24 hours in San Diego. 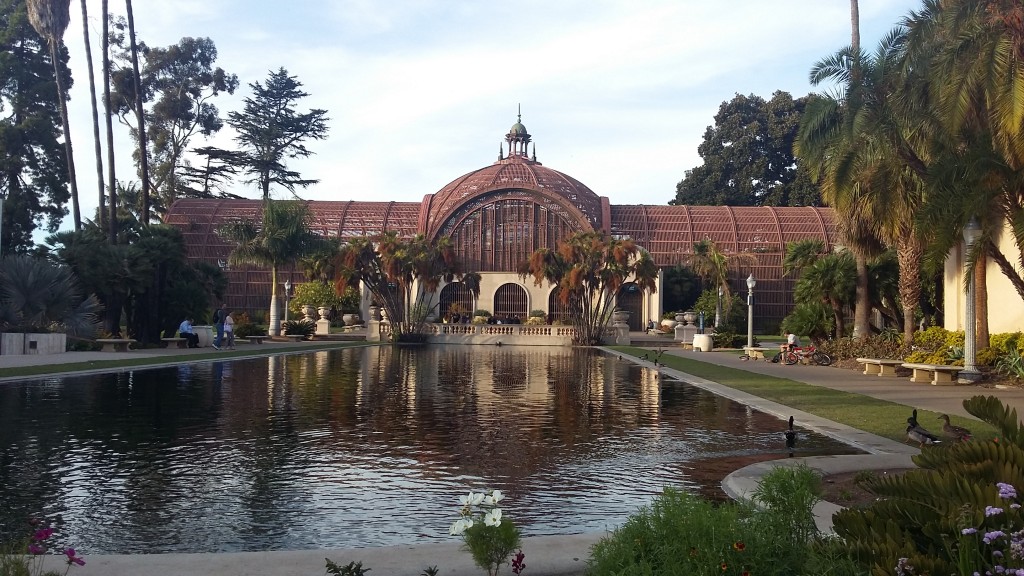