There was one sunny patch in Iceland. The northwest.

Julie and I eventually escaped the rain and clouds on Snaefelsnes Peninsula and, after a reasonably short drive, found ourselves in a sunny (but windy) Hvammstangi, a coastal village on the Midfjordur (fjord) on Vatnsnes Peninsula. Hvammstangi is known for being a top seal watching place. We did not see any seals.

We did see an old church, which kept me amused for about 10 minutes. This church at Kirkjuhvammur (funny, ‘kirk’ means ‘church’ in Scots as well) was built in 1882 but there has been a church on the site since at least 1318. That’s a pretty long time.

We also found the perfect campground. It was unmanned but an honesty box gave us use of some fantastic facilities, including bathrooms, showers with hot water, a kitchen, WiFi and heated dining room. We sort of had these same facilities with us every kilometre (because, you know, we had a campervan) but it was nice to stand up! 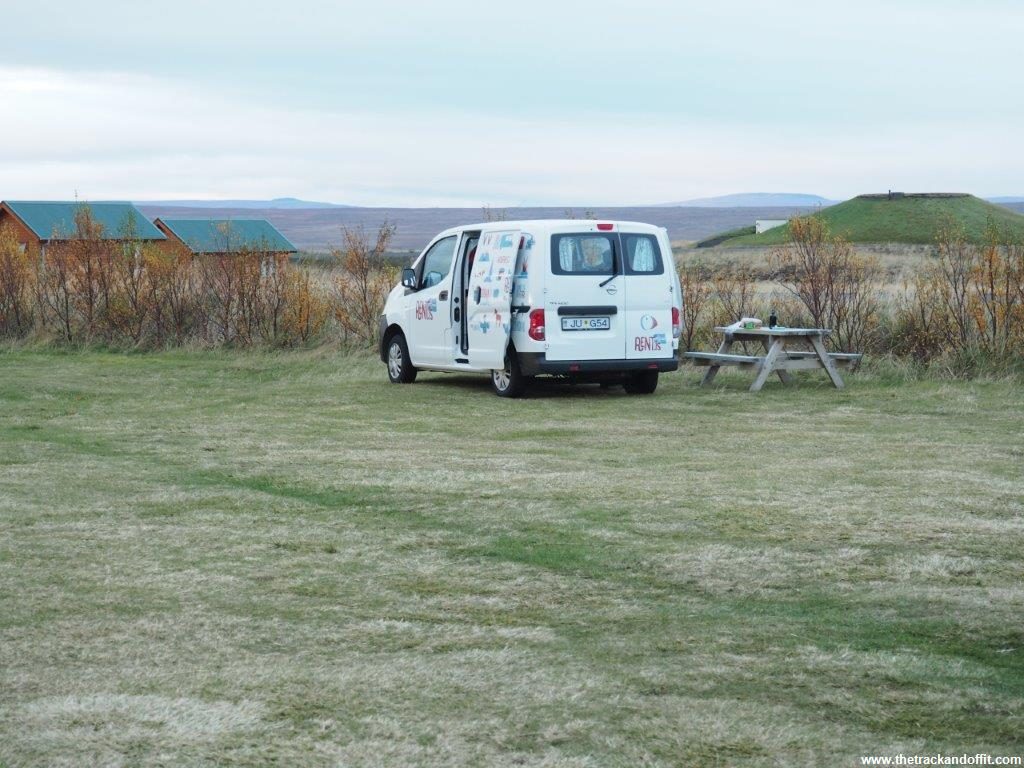 We arrived reasonably early in the day so we had our pick of patches of grass. As the afternoon turned to evening and evening to night, more and more campervans and one car with a tent pulled up. We saw some campers that matched ours and wondered where on earth they’d been to get so dirty? 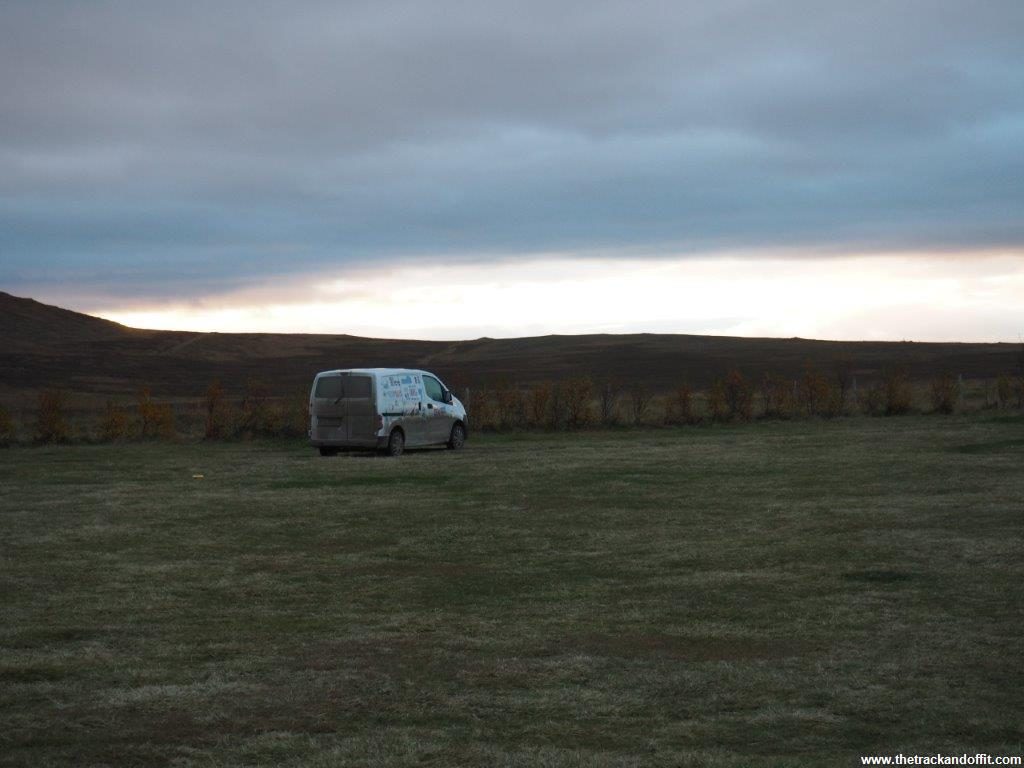 We chatted to some fellow travellers, most of who were circumnavigating Iceland in an anticlockwise direction. We were trying to outrun the weather in a clockwise direction so we were able to exchange a few tips.

The night was clear so we watched the sunset and huddled down into our sleeping bags. We set the alarm for the dead of night in case there were any northern lights to be seen. The cold, cloudless night seemed like a good time to try but no luck.

The morning dawned clear and bright. A sunny day in Iceland with hardly any clouds! The wind, however, was still prevalent and nearly blew our hair off when we stepped out of the van.

We decided to be all local and made use of the local swimming pool. Every town in Iceland, no matter how small, seems to have good facilities at the local swimming pool. The pools are usually fed by natural hot springs and there are always ‘hot pots,’ small plunge pools of varying degrees of hotness. With a chill in the air, it was lovely sitting a pool of 36C degree water, watching the clear skies.