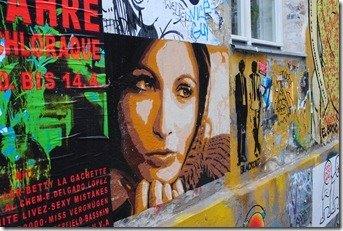 Berlin is a really fun city and it’s easy to get around. There are two airports (they’ve been working on developing a third, major airport for years but it still hasn’t opened). Directions for getting into the city are clearly signposted (for trains, taxis, etc). Transport tickets for Berlin cover all modes of transport (underground, tram, bus, etc).

Arriving by bus or train from other European towns and cities is a good option. Check out www.bahn.com for options, timetables and ticket prices

Jetpak Flashpackeer, Pariser Strasse 58 – in a quieter, non party kind of neighbourhood. Small, clean, each room has an ipod docking station and great wifi. No kitchen. Free breakfast (though site says it’s not included) in the cafe downstairs. Staff are really helpful and friendly and will recommend good, reasonably prices restaurants in the area as well as things to do. Prices vary depending on dorm or private.

Nhow, Stralauer Alle 3 – This is the hotel where Barry attended a conference. It’s very…pink. Disappointingly poor wifi. Different pricing levels for internet access, only the most expensive rate was worthwhile. Very small rooms (a twin had the two beds immediately next to each other – you might as well be sharing). Good breakfast. Overall, not good value.

Gold Marie Hostel, Warshausterstr 58 (poorly signposted) – good value hostel. Prices vary depending on the day and type of room (we paid 10 euro each for a private double, shared bathroom) and are apparently slightly higher at a walk in rate. The building’s stair and reception are dingy and feel slightly dodgy but the rooms are bright, spacious and clean. Shared bathrooms are small but clean. No kitchen but lots of cheap places to eat nearby and a supermarket. Good area for nightlife.

City Camp 1, Gartenfelder Straße 1 – set on an island in the outskirts of Berlin, we thought it might be nice to stay in a wooded area. However, it’s under the airport flight path for Berlin Tegel. At 5 euro per person, 3.50 euro per tent and 1.50 euro per person for access to the bathroom, it’s not good value. Accessible by public transport if you really want go: U Holzhauer strasse and then bus to Gartenfelder or U Paulsternstrasse and a 10 minute walk.

Hostel Anlema, Zwinglistr 3A – really odd hostel. ‘Reception’ is a desk in one of the dorm rooms. No English is spoken (despite signs to the contrary). Russian is spoken. It took two hours to deal with issues with wifi. Dorms are crowded, doubles are fold down futons. Extra charges for sheets, pillow cases, duvet covers and towels. Very clean  (almost too clean – overwhelming smell of bleach), but would not recommend.

Food is really cheap compared to other European cities and comes in huge portions. Go halves on a main! Street food is plentiful and good. There are lots of options on cuisine. There are a lot of Asian restaurants providing all Asian cuisine from Chinese to Japanese to Vietnamese, under one roof, to varying degrees of success.

There are lots of fun, free walking tours operating in Berlin. You should tip your guide. There doesn’t seem to be an ‘acceptable amount. I’ve seen anything from change to 10 euro or more.

New Berlin Walking Tour run free historical walking tours of Berlin every day, and a variety of paid tours in and outside Berlin.

Fat Tire Bike Tours run incredibly fun bicycle tours that take you all over Berlin (24 euros). I did one of these years ago and had a great time. Less taxing than walking for three to fours. They run a good pub crawl as well.

Just like arriving, so many options; flying is cheap and fast; trains are comfortable and a lot more fun, especially if you’re travelling to nearby countries/cities. Include Berlin on your interailing Europe holiday. 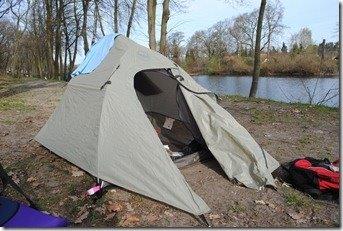 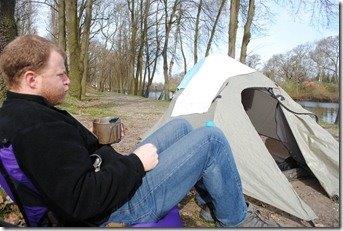 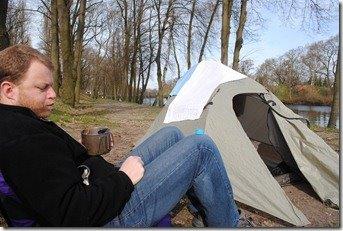 Would you believe that it’s actually easier to get connected to work in Vietnam than it has been in Berlin? Inside the JetPak hostel we’ve had success, been able to Skype and do everything else we need to conduct and create business. Outside is a whole different story.

Barry and I have spent an incredibly unproductive day looking for a cafe from which to work. Some connections drop out at regular intervals, some connections require coaxing to connect to phones but then refuse to connect to laptops, some are broken and some are non-existent. It’s been really frustrating. We eventually resorted to working from Barry’s conference hotel, only to find that wifi is not free and the basic package is slow and can only be used on one device anyway. I managed to get onto some kind person’s unrestricted wifi hotspot until they wandered away. I bet Barry is wishing he’d stayed in a hostel near to the conference instead of the hotel. 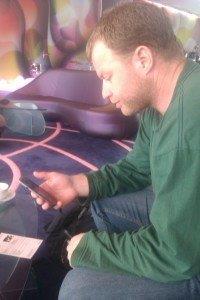 I’ll have to go back to writing some more content offline so the day is not a complete waste. So much for our ‘working holiday’. Oh well.

Barry and I are now living and working in Berlin. Okay, so it’s only for the next nine days but our intention here is not to be tourists but to test those remote working practices and, hopefully, create some new online businesses so we can both be location independent in the future.

Barry’s working on Ezone Software stuff and improving UtalkRaw (www.utalkraw.com), his ultimate Frisbee podcast radio station and I’m trying to see if there’s anything I can do with www.handmadebysimone.com and www.thetrackandoffit.blogspot.com. We’ve a few ideas on how to improve the sites and the information we’re putting out there but I’m not sure any of them are going to make me enough money to quit my day job (what day job? Hmmmm). But we’ll see. If the least we can do is put some quality information on the internet that people will find useful then we’ll probably be happy.

Day one and it seems to be going okay. We had originally planned to stay in an ecolodge out of town but after the long and cold winter the heating was broken and the lodge closed. So we’re in the ‘Flashpacker’ pad (www.jetpakberlin.com) near the Zoological Gardens. It’s got great internet (there’s a wifi router in the room and everything) and a helpful owner with loads of cheap restaurant tips, so it should make a pretty good office. Along with the large number of workable cafes in the city, of course.

Sach’s restaurant and Capone’s pizza around Kantstrasse have given us what we need so far! 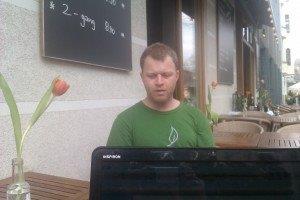