After a few weeks of hibernating from the cold, wind and grey skies, things are looking up. (It was still snowing on Easter Sunday and I wimped out of a camping; a completely different experience to the 25 degrees and water skiing my family got.)

The sun came out last Saturday so despite my embarrassing hangover from a girls night out on the Friday, I dragged myself out of bed and to the train station and across the bridge in to Fife for some hill walking with my friend Sally and her pal who would prefer to remain anonymous as she was skiving for the day. 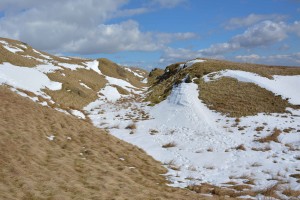 I was underprepared in the food stakes with only one sandwich, eight cold pancakes and a bag of lollies/sweeties/candy/bon bons/whatever, and two apples (very unlike me). Luckily Sally had cake and thermos of tea. We started near Dollar and wound our way past a castle and into the Ochills. I was hungry within about an hour. And Sally cracked a puddle of ice and nearly fell in. But there was lots of sunshine and no wind, the opposite of Edinburgh’s recent days so we were in good spirits. 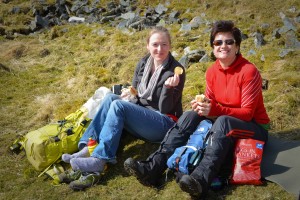 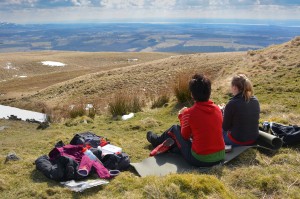 It’s funny how the other side of a mountain can be a completely different story. Still quite a lot of snow where the sun doesn’t shine. We very sensibly changed our route because of it and headed downwards into Tillicoutry. A really nice day to blow the cobwebs away. 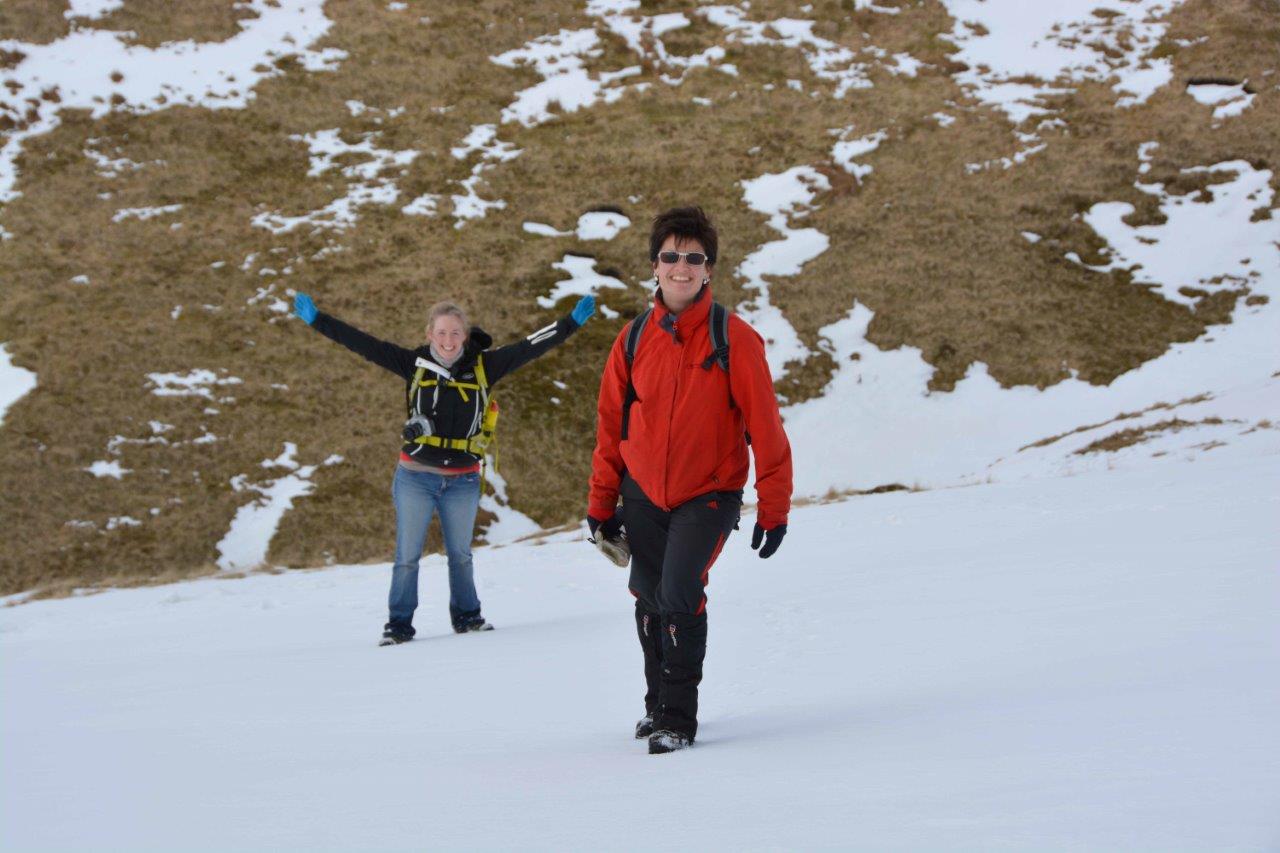 The grey days returned to Edinburgh the very next day which kept me hiding from the world again (that and the sniffles). At least until Thursday when I had to get up for work. That’s right, work. It’s probably been about six weeks since I was last gainfully employed (though I’m not sure two days of minimum wage can really be described as gainful). The pennies will certainly help when Barry and I go to Berlin on Tuesday. Yeah, us barely employed people need a break! Though it’s kind of a working holiday with the intention of creating some online businesses so I might be busier than ever. Watch this space…

I left Melbourne’s hottest March on record last week. In my final days I gloried in the sunshine, the lack of rain and the most consecutive days over 30C ever recorded. Water skiing, swimming and camping on the Murray River, kids running splashing around the backyard, playing in the park,  an evening at the Moonlight Cinema in Melbourne’s Royal Botanical Gardens and a pashmina was all I needed in the night air. 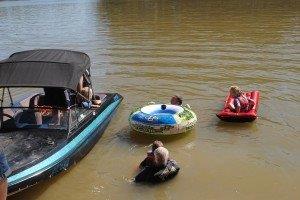 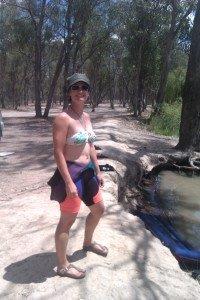 Then I arrived back in Edinburgh just as the UK was in the throes of it’s coldest March in 50 years. Instead of 7C and clear skies as predicted I was greeted by 2C and snow/rain mix. Luckily Kellie was on hand to collect me from the airport so I didn’t have to trudge from the bus stop to the flat in the wet. It was certainly a bit of a shock and I didn’t leave the flat for days. Perhaps it was the nine months of summer but I’m finding it harder to deal with the weather this time round. I wear at least three layers indoors and five or six outdoors. I don’t have a shoulder from which to hang a handbag. Thanks to the high necked jackets and thick woolly scarves, I no longer have full neck function. I cross the road by turning my whole torso to check for cars.

I did take the opportunity of being unemployed again of going to London to visit my friend Karyn and her new baby and for a ‘once-a-year’ gathering with some university friends, Cassie and Bec. Cassie now lives in Singapore and was coping with the cold and snowy weather about as well as I was. Julie also arrived fresh from Melbourne’s 36C degrees and layered up with the rest of us. Most of the weekend was spent eating and drinking (ready for hibernating for the winter??). Unfortunately the grey skies didn’t do London’s sites justice but we tried. 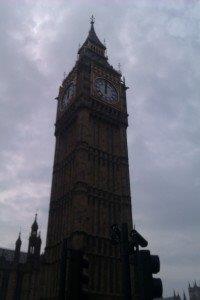 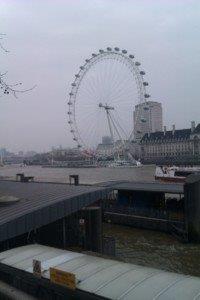 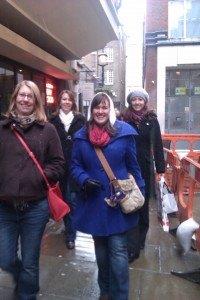 I’ve heard that spring will get here sooner or later. Probably not before the clock’s change for British summer time this week though!

Thanks for reading our travel blog. Hope you find it interesting. Sorry for any of the boring details. I’ve sometimes found blogs helpful on finding information about visiting a place and maybe one day, someone else will find my ramblings useful too.
Tokyo Nights
Leaving Edinburgh in the morning and arriving in Tokyo at 9am leaves you with pretty bad jet lag. It was hard staying awake on the two hour journey from Tokyo Narita to our hostel. Though on the plus side, our room was ready by the time we got there. We tried really hard to stay awake (okay not that hard) and instead of heading out for lunch we thought we’d have a short nap and go for a late lunch at 2pm. At 5pm we managed to drag ourselves out of bed and onto the streets of Uena in search of cheap Japanese food (probably just called food here). We got what we were looking for. Two minutes after ordering we had the most delicious miso soup, salmon, thinly sliced fried beef and pork. A good start to the trip.
We managed to sleep for a few hours in the actual night time like normal people but were up again at the crack of dawn. Spent the day walking in the glorious sunshine. Ueno Park was pretty disappointing. It has a few temples and shrines and the face of an old Buddha but was largely paved roads and few green spaces. 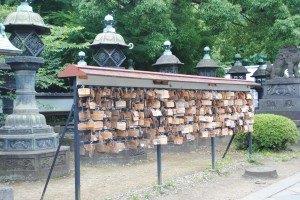 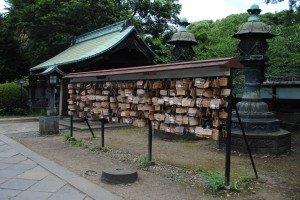 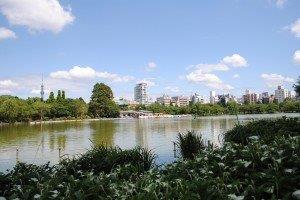 Shitmachi Museum was worth a visit. The best part was the kind old man who volunteered at the museum. He spoke some English and took us on a tour of Old Edo (Tokyo) downtown/’lowtown’ life, explaining the lives in the small Japanese house, bath houses, etc. It’s a very hands on museum where you get to play with toys so I liked that too. 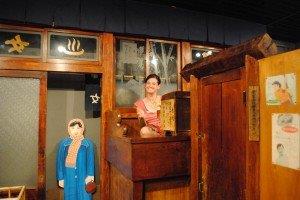 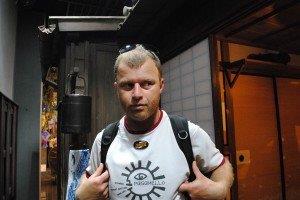 We wandered around Asakusa neighbourhood too. The big draw card here is the Sensoji temple complex. There is an incense cauldron at the front which people stand over, rubbing the smoke into their bodies for good health. Barry says it’s bollocks, it’s just smoke. 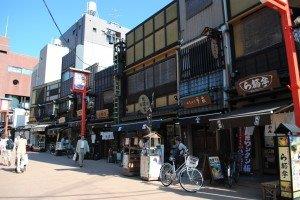 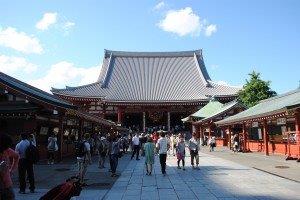 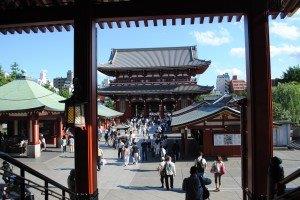 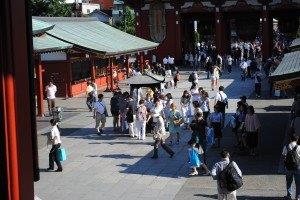 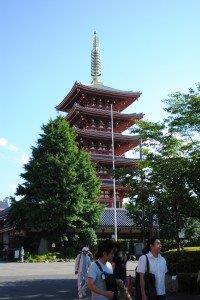 We met our first couch surfing host that evening. Takahiro, originally from Yokohama, kindly let us crash on his floor for the night in the most expensive city in the world and gave us an introduction into Japanese culture. He took us to this local sento, public bath house. Most popular with older generations, this is where men and women meet to bathe in baths of varying degrees of temperature. Takahiro and Barry disappeared into the men’s side and I to the women’s. Takahiro had explained how it all worked beforehand and I mostly copied the old ladies, getting naked, sitting under a low showerhead with a bucked to soap off, lazing in the hot pools and steam room, recovering in the cool pool (not ice cold like at a sauna). Barry also enjoyed the experience. The boys side had a mild electric shock bath too.
The next morning Takahiro took us to a small local soba noodle shop for breakfast. I’m glad I didn’t bother carrying a jar of vegemite as a breakfast of muesli and toast is a thing of the past (Barry is too but for different reasons). Instead cold soba noodles and tempura is the order of the day. I really enjoyed it. Takahiro had other plans for the weekend so our cultural exchange was over as he sent us off to the Tourist Information Centre, which turned out to be the best tourist information centre in the world and probably should have been our first stop.
Went on to meet our second couch surfing host, Aussie James, who has lived in Japan for about five years. His flat has a great view of Tokyo Tower and Roppongi Hills. The skyscrapers are more what I imagined Tokyo to be. James took us out to Odaiba, a bay area of Tokyo with its Statue of Liberty and Rainbow Bridge which did not light up in Rainbow colours for us. We met Eri, a Japanese friend of James, for a beer on the imported beach. Another very Japanese thing was to head through the arcade halls, watching folk trying to win stuffed animals or play old school space invaders. Near the Toyota toy room (sorry show room) was another arcade where we spend about 20 minutes watching three guys have an electronic dance off. Only in Japan. Literally as that particular machine can only be bought and sold in Japan. 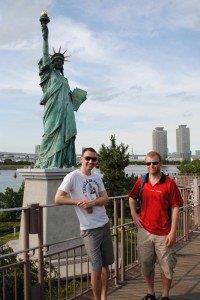 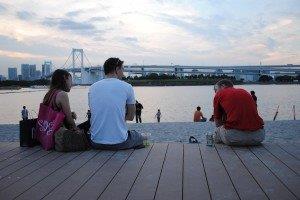 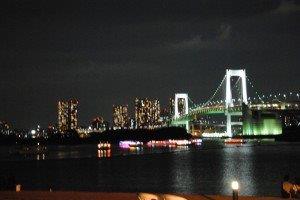 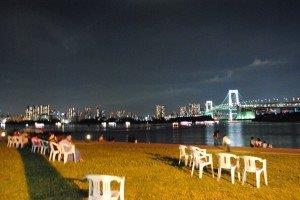 We headed back to Roppongi for a late dinner (10pm is pretty normal here for a Saturday night) of more fab Japanese food. I can’t remember the names of all the dinners but funnily enough we haven’t had sushi yet. As we are too old for clubbing we went to a wee jazz club for a few drinks and home to bed around 3am.
The Tokyo nightlife kept us all in bed until about 1pm which solved the dilemma of what to eat for lunch. So after a brunch of bacon and eggs we went to Yoyogi Park. Just as we arrived the heat broke with a steady rain. It was a bit like being in Edinburgh except 20 degrees warmer. Yoyogi is famous for people hanging about doing their own thing, not necessarily busking, but drawing a crowd; rockabilly dancers, musicians, Frisbee players and painters. 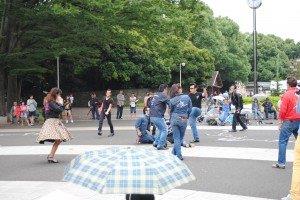 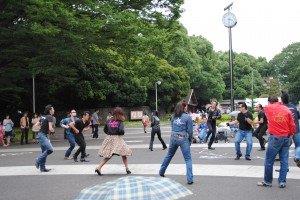