Having a campervan and wanting to see as much as possible of Iceland in a week means a lot of driving. Julie and I had put in a lot of kilometres since Reykjavik and the Golden Circle so we’d planned a shorter drive after our pony trek, hoping to arrive in our next stop of Akureyri before dinner time (a first on this trip). However, we were persuaded by the talk from the folk at Hestasport to take the time to explore the peninsula on the way. Being told it was one of the best drives in Iceland and that we’d pass through the fishing village which is the setting of an Icelandic TV show Julie was watching, Trapped, convinced us. 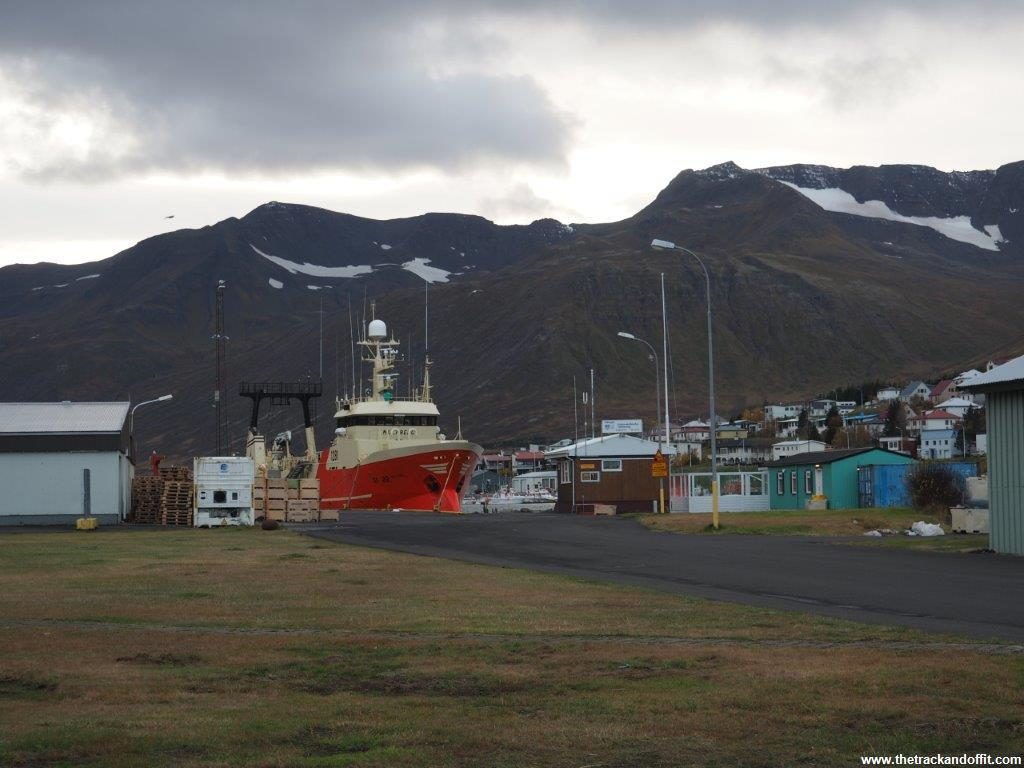 The skies were threatening as we left the ponies and church, but the rain held off as we drove away from Skagafjordur and towards Siglufjörður, along Route 76. The cliff hanging roads are not for the faint hearted! I was kind of glad that we were circuiting Iceland the ‘wrong’ way round. I was glad to be on the cliff side of the road and not on the jaw dropping coastal side. The driving required some concentration but Julie and my quick glimpses out to see assured me that the trip was amazing.

We stopped to rest in the ‘Trapped’ village of Siglufjörður (and to buy chocolate). It’s a pretty village with a still active fishing industry, nestled on the coast at the base of towering mountains. To brighten up the grey, the buildings, mostly constructed of corrugated iron, are painted in brilliant hues of red, yellow and green. 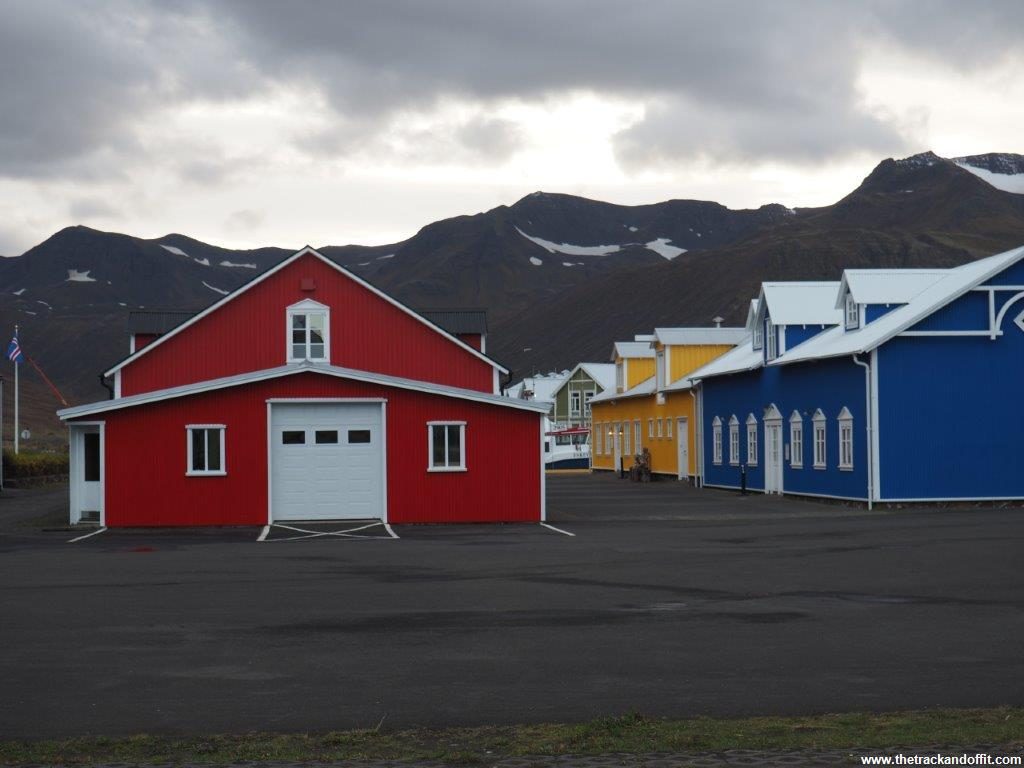 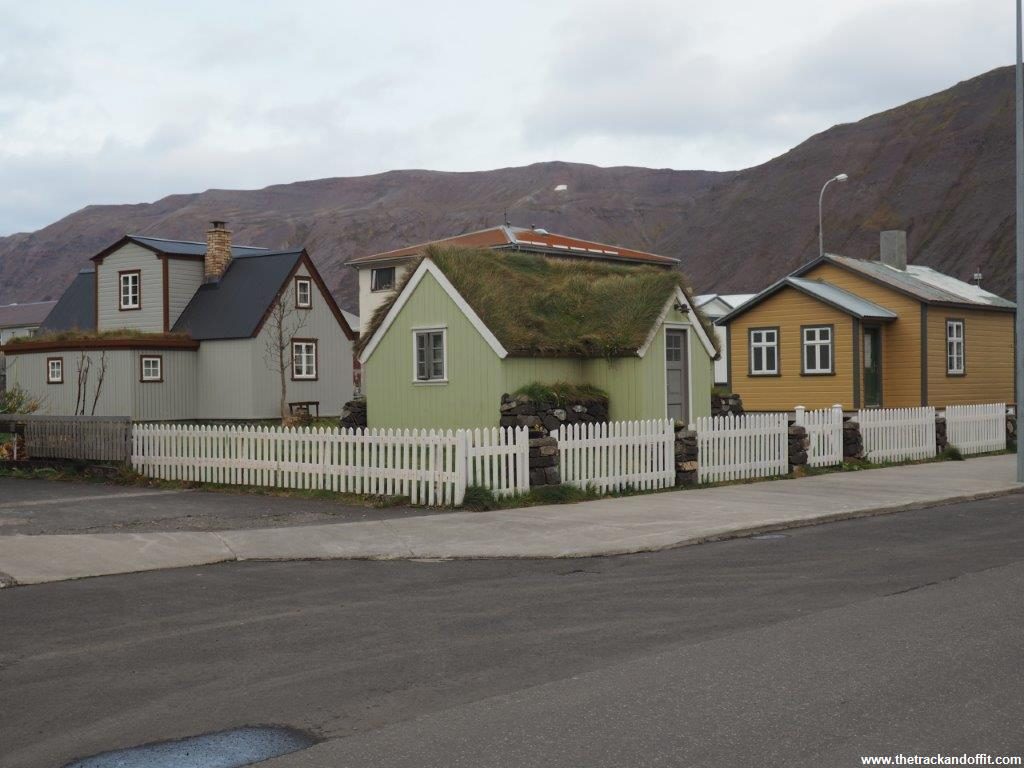 Route 76 also led us through some awesome, one way tunnels. Luckily, there wasn’t much traffic coming in the other direction (there probably never is). The tunnels mean access to the villages on the peninsula is a little more available in the harsh winter months. Perhaps the people aren’t as trapped any more.

We continued along the road, stopping at Dalvik in hopes of tasting the amazing fish stew we’d read about. Unfortunately, we got there too late and had to push on to find food.

Akureyri was dark and raining by the time we arrived. We passed an urban campsite but over dinner decided we might as well keep on driving so as to have less time behind the wheel the next day. It seemed like a nice enough city but urban campsites don’t excite us and we preferred to aim for the campground at Godafoss (remember foss means waterfall – there’s not escaping them).

I found I didn’t really like driving at night in Iceland. The white lines in the centre of the road seem to disappear in the headlights of trucks and most of the time there isn’t a line demarking the outer edge of the lane. A bit disconcerting when you know there is usally a drop of about half a meter on the side of the road.

So, we were quite relieved when we finally arrived at Godafoss. Unfortunately, the campground was closed with no access available. Tired from a long day of ponies and driving, we didn’t want to get behind the wheel again. For the first and last time in Iceland we pulled up in the car park. There were five other campervans there too. We slept with the sound of water gushing in our ears. 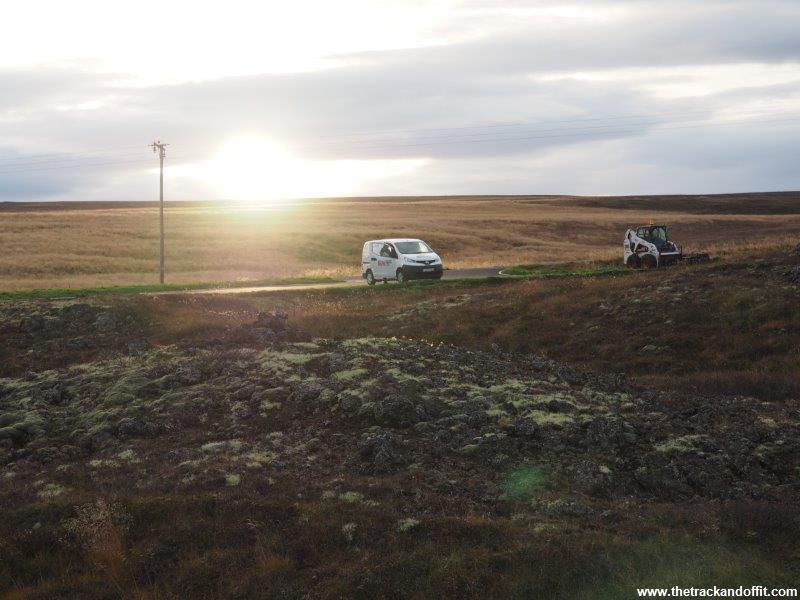 We woke to a still and dry day – amazing. 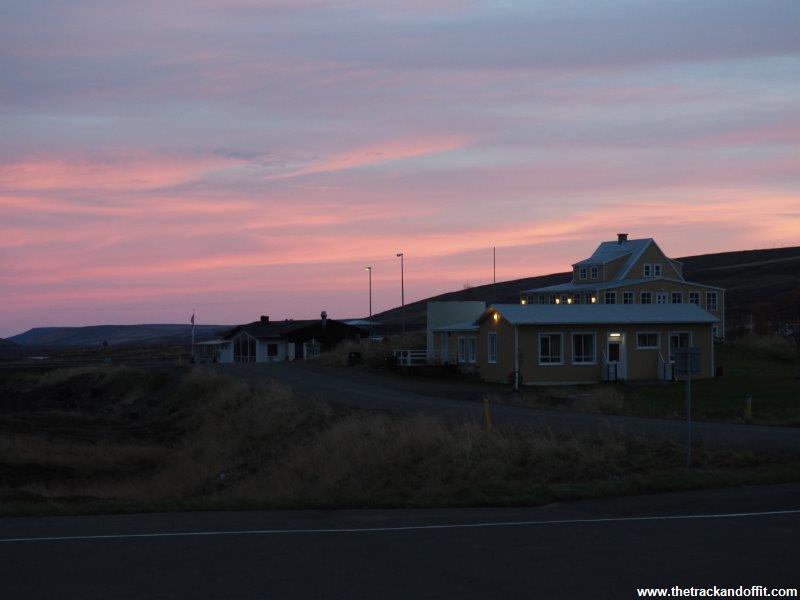 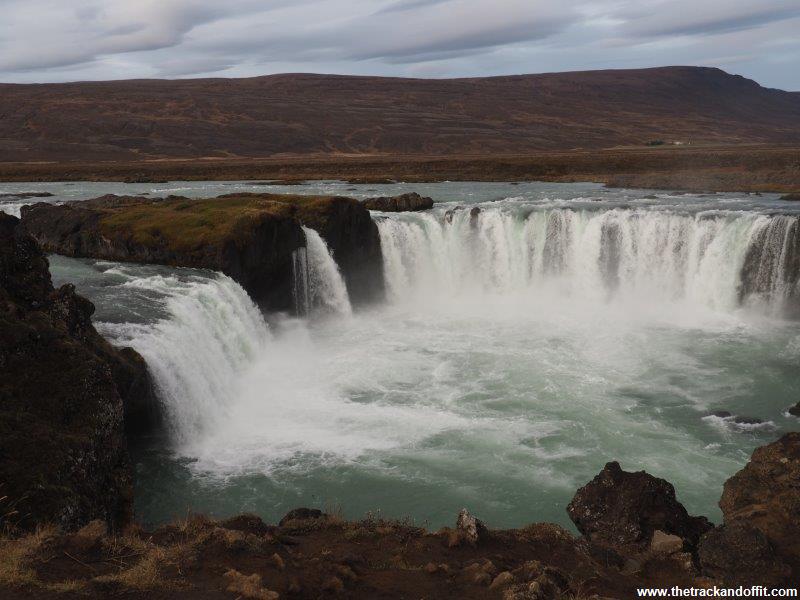