I love a good train journey. Barry does too but I was still surprised that it didn’t take me long to convince him that taking The Overland train, a 10 hour journey from Melbourne to Adelaide, for his Frisbee tournament was a good idea. It probably helped that you can take your bike for free. Also, we went for more than the tournament weekend. When Frisbee in Adelaide runs over three days you should go for 10.

It was an awfully early start to be at Southern Cross station at 7am. Of course, we actually ended up there at 6am as I’m always worried about being late and missing things. I might work on that though. It wasn’t that fun. Luckily, I had a bag full of snacks to make us feel better.

We loaded the bikes into the luggage carriage with no problems. We had to take the pannier bags off the racks but the bikes could stay fully assembled. Ready to roll at the other end.

The train itself was also easy, comfortable, roomy, and good for sleeping, snacking and reading. 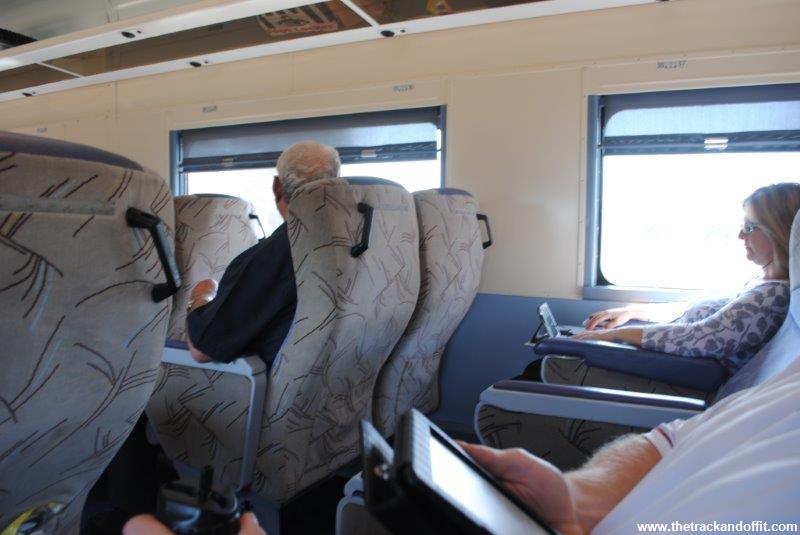 I could wander around the train too, to the café car and, because it was such a busy train, the extra snack car. Because of the Australian Masters games being held in Adelaide the train was particularly busy. I think one lady had a rowing oar with her. There’s also a heavy discount on Great Southern Rail for pensioners so, for the first time in a while, Barry and I reduced the average age a bit.

I spent some time staring out the window as the dry Australian scenery flashed by. We learnt some things along the way (although Barry didn’t really like the announcements interrupting his nap). 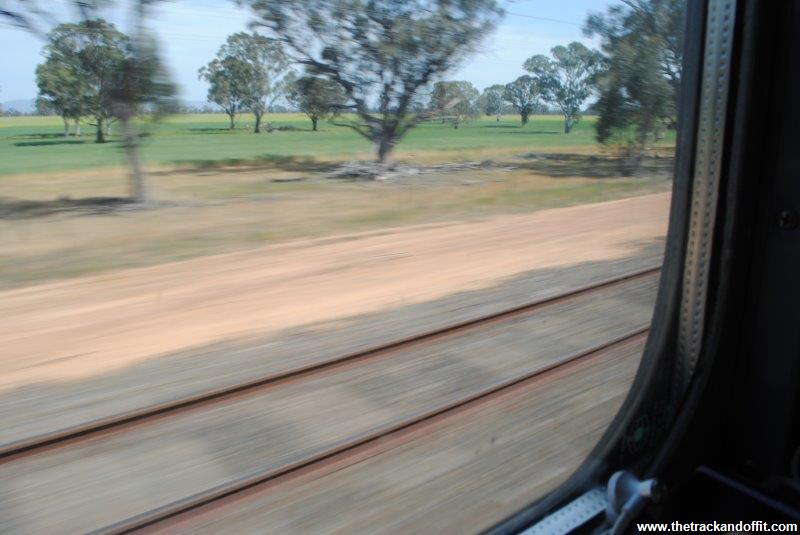 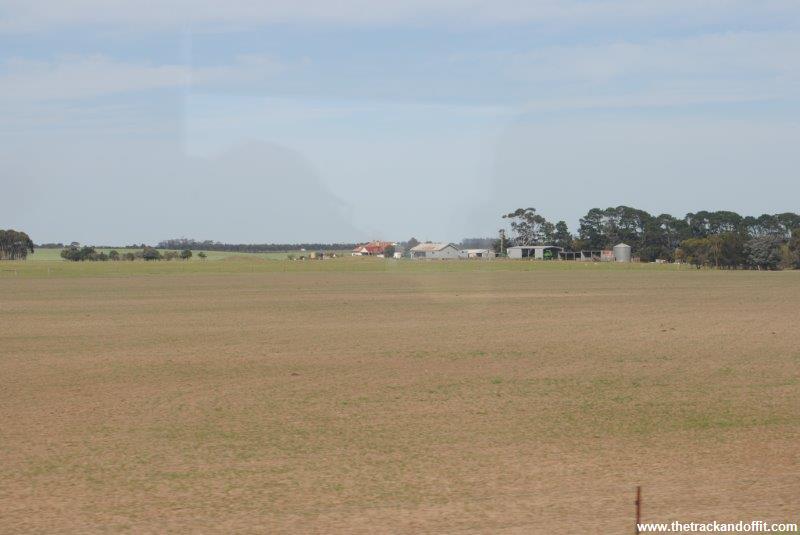 We passed through Stawell, home of the Stawell Gift footrace. In Bordertown I learnt that former Prime Minister Bob Hawke’s residence is now a Centrelink office. In some other town a former asylum is now a wine school. We crossed the mighty Murray at Murray Bridge (good name), the site of the first bridge spanning the longest stretch of water in Australia. The original bridge is still there. 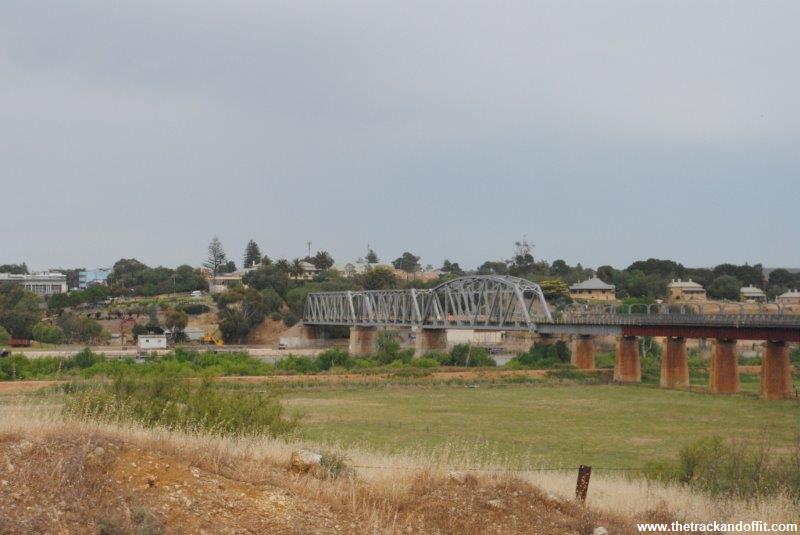 A paddle steamer is still there too. (I’d just finished reading All the Rivers Run, set during the height of paddle steamer trading so it was like getting pictures for my novel.) 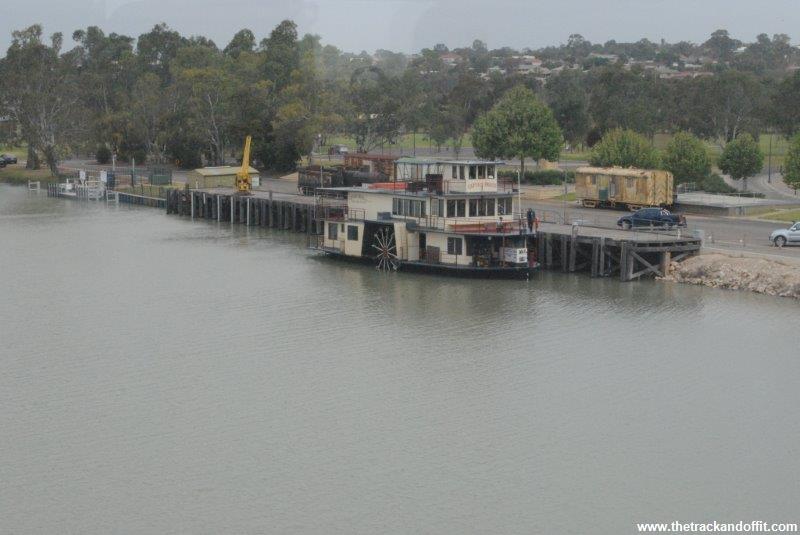 When we crossed into South Australia we were told that there was a half hour time difference, something I wasn’t aware of, turning our 10 hour train journey into 10 and a half hours. Oh well. Barry slept through that bit I think. Just before we pulled into Adelaide all the pies and sandwiches were reduced to the bargain price of $2 so we grabbed some dinner before arriving in Adelaide Parklands. The train station for the interstate rail is nowhere near the city centre and there are no buses.

We came with our own transport though and our camp site was closer to the Parklands than the city centre anyway so it was fine with us. At least once google maps got us out of the car park…

Ride and Rail with the Overland. I definitely recommend it.