I knew the time would eventually come for us to leave the British Virgin Islands and the Caribbean. We knew our April departure would come up all too quickly and we spend the last days frantically cramming in activities we once thought we had plenty of time for – diving, boat trips, beach visits, food to eat, sun and warm water to glory in.

I had more trouble leaving the islands than Barry so when he left to head straight back to Edinburgh for a stag weekend, I spent a few more days with Claudia. When Claudia had to leave too, also to Scotland, for her sister’s wedding, I started my own island hopping adventure.

Tiny Tortola/Beef Island airport and WinAir Airlines provided a tiny plane for the puddle jump to Sint Maarten/St Martin, and was only delayed by a little bit. I got seat No. 1, literally behind the pilot. 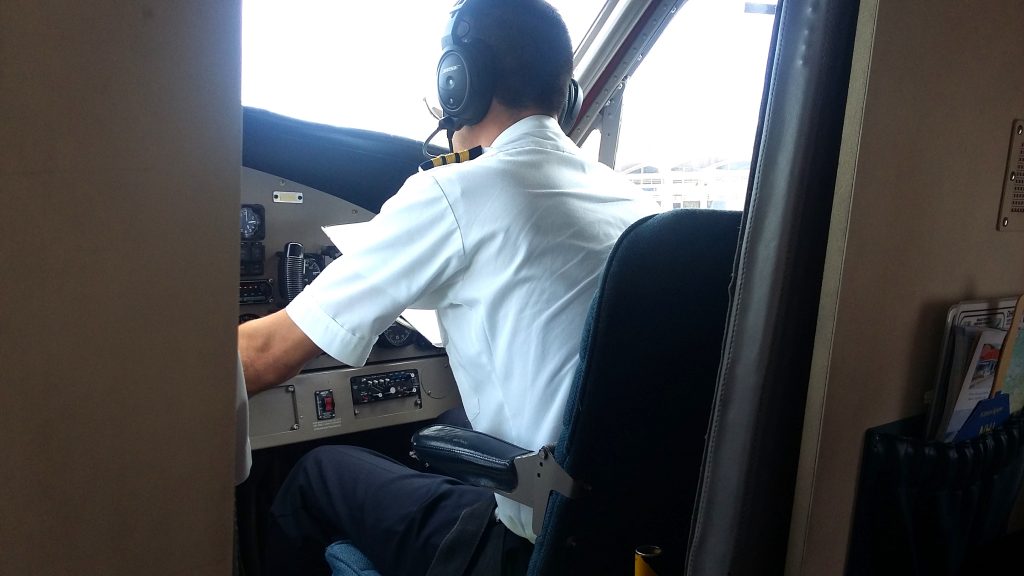 The short flight felt more like a scenic tour than a commercial routes. Great views of the deep blue sea as we flew over some of the islands I’d visited in recent weeks. 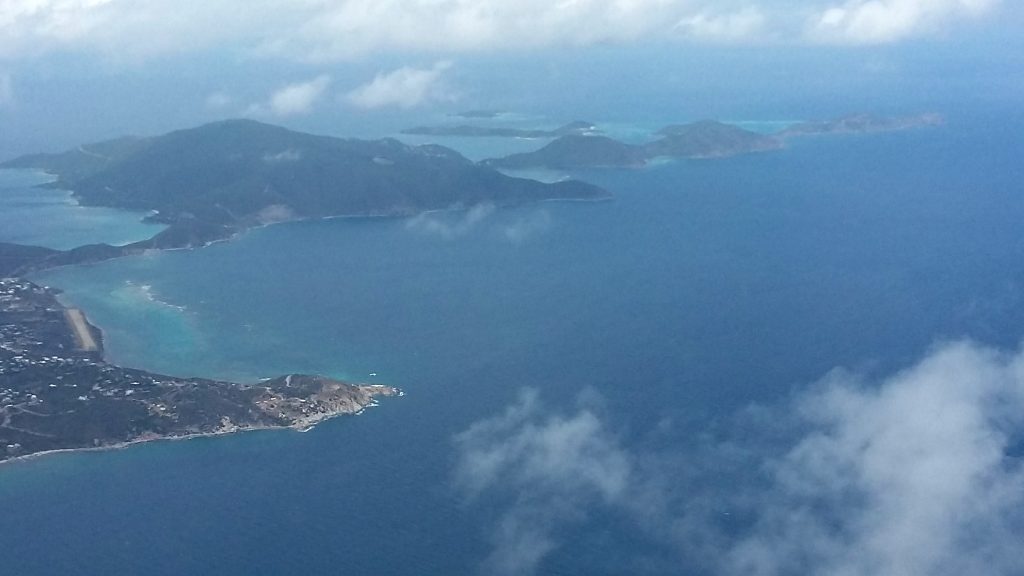 St Maarten was a bit of a shock after Tortola. The airport is large, the main town of Philipsburg large and spread out and there was actual traffic. Overall, much more developed. More cruise ships too.

Finding an affordable place to stay

My friend Julie, who flew out from London to see the sun, sand and surf for herself, and I stayed at Vicky’s Keys, a guesthouse slightly out of town but still within walking distance of Philipsburg. We mostly stayed because it was cheap. It turned out to be an excellent choice. Vicky’s husband, Julian, and granddaughter met me at the airport and I learnt a little something about the Dutch West Indies on the drive, but more about the life and career of Prince, who had died that morning. Vicky’s husband is a big fan.

The dorm room was really a cabin sleeping up to five, with a separate kitchen/dining area, bedroom and bathroom. Very comfortable and an excellent balance of privacy and the social aspect you expect at a backpacker hostel.

I’d definitely recommend staying there. It’s probably the closest thing to an affordable backpackers in all the Caribbean. The only thing I didn’t really like was how dark it was when walking around after the sun went down, and the barking, snarling, sometimes aggressive, free range dogs.

Julie arrived from London the day after me and wasn’t too jetlagged so we got stuck into beaches and rum cocktails. Anka, our Dutch room mate, joined us on these rum adventures. 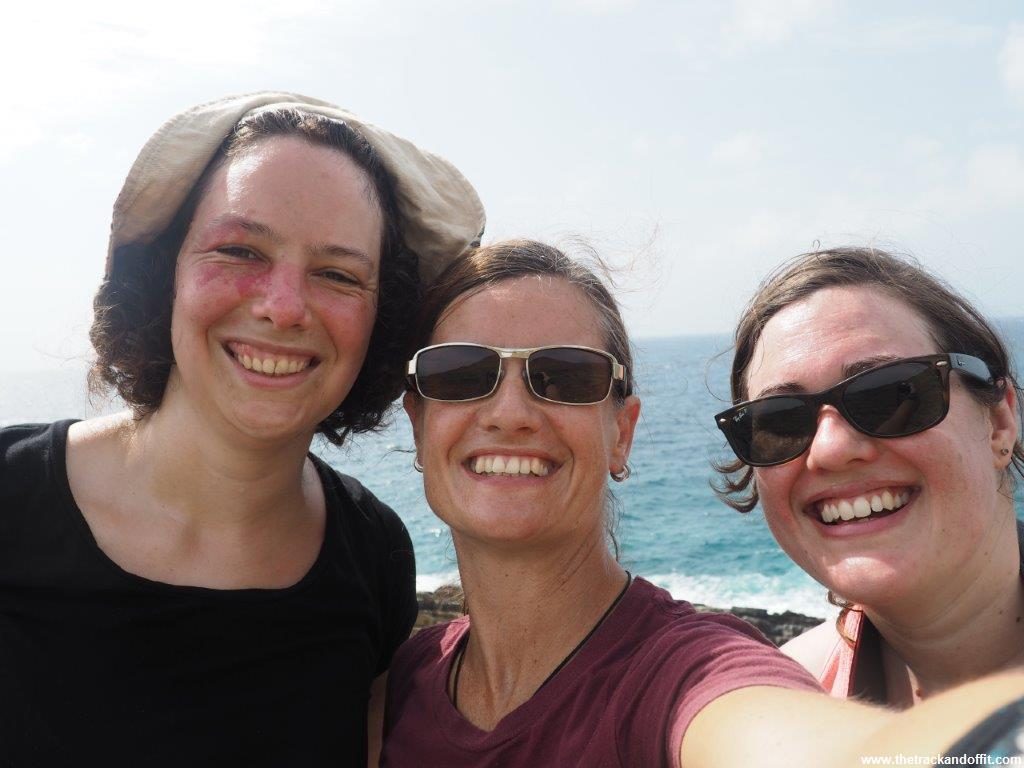 Anka also had a hire car so things didn’t involve rum, driving made travelling around the island and dipping in and out of the Dutch and French sides easier. The two sides are very distinct and it’s easy to tell which part of the island you’re in. There’s excellent West Indian barbeque shacks on the French side. Of course, beaches ring the entire island, each a little different from the next. We would have missed out on some pretty special spots without transport.

Recommended by another guest at Vicky’s the Iguana Bay coastal hike starts not too far from the hostel. Still a drive a way so we were lucky that Anka wanted to join us (and drive us there – the hostel vibe rocks for meeting new people). It’s not a difficult or particularly long hike but there are some steep bits along the way and, being the tropics, it’s hot and humid. The views were great. 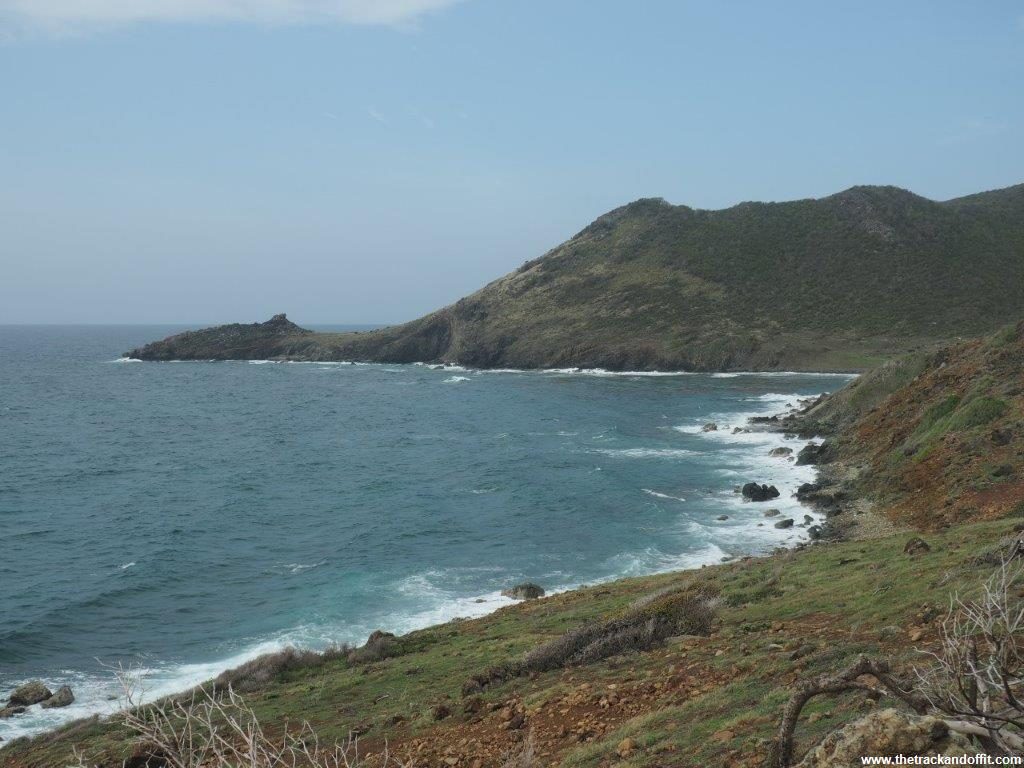 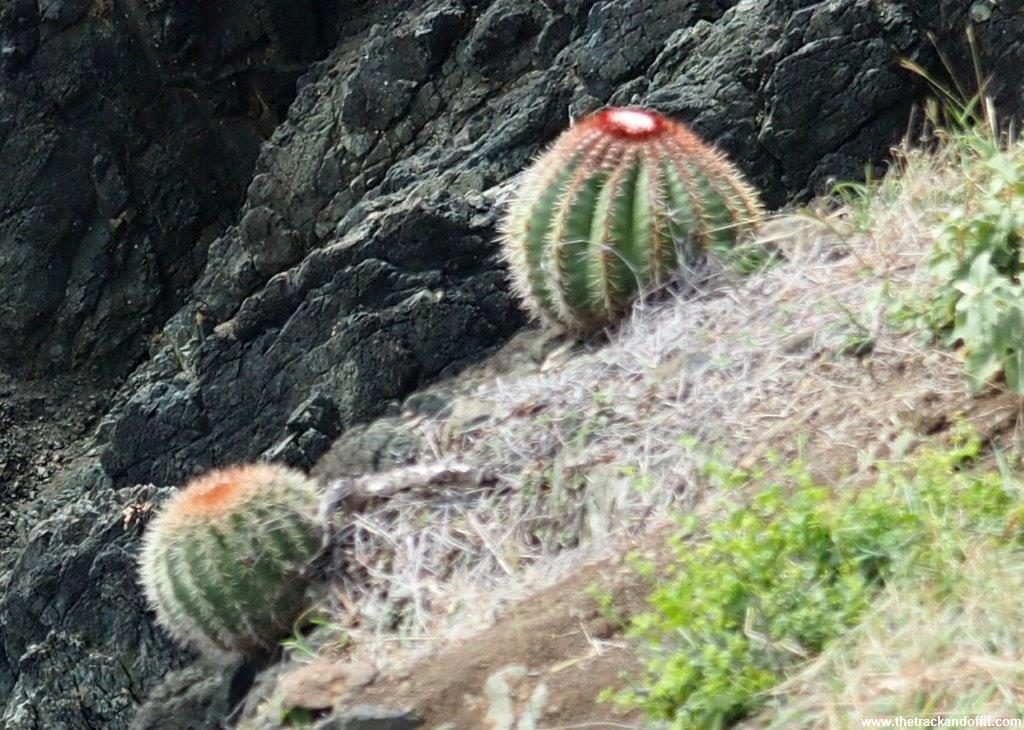 And it was really quite interesting what washes up with the sea. 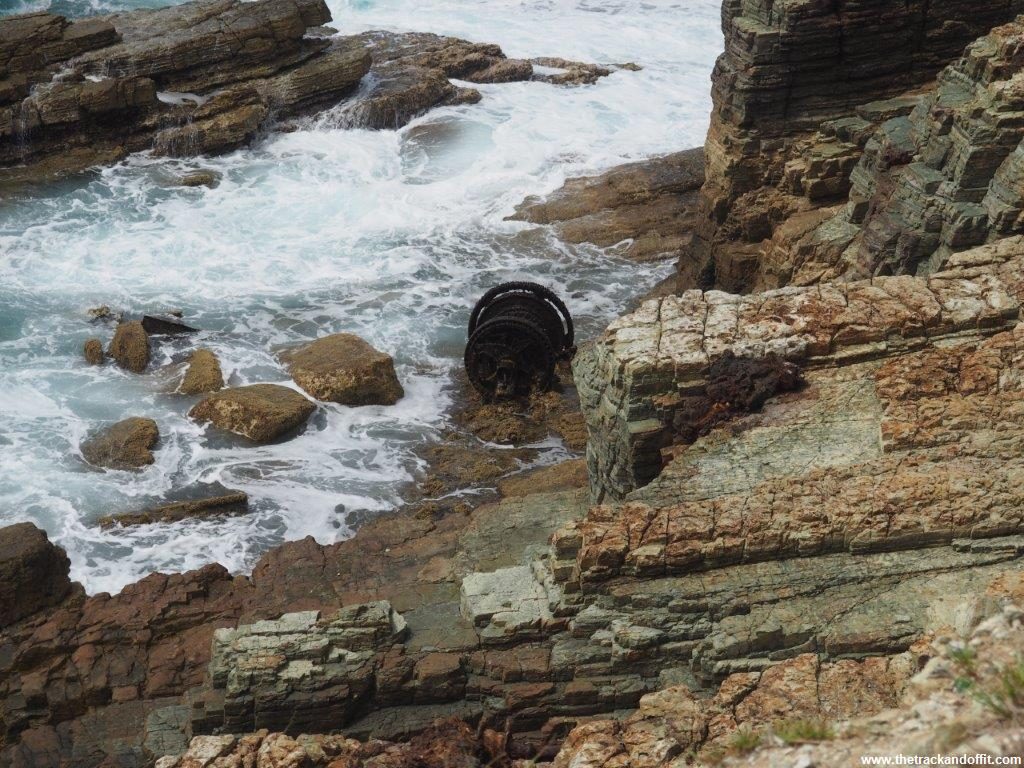 The path is well marked and easy to follow. I loved the crashing waves below us as we looked down from the cliff edge. We didn’t see any other hikers out that day and felt quite special. 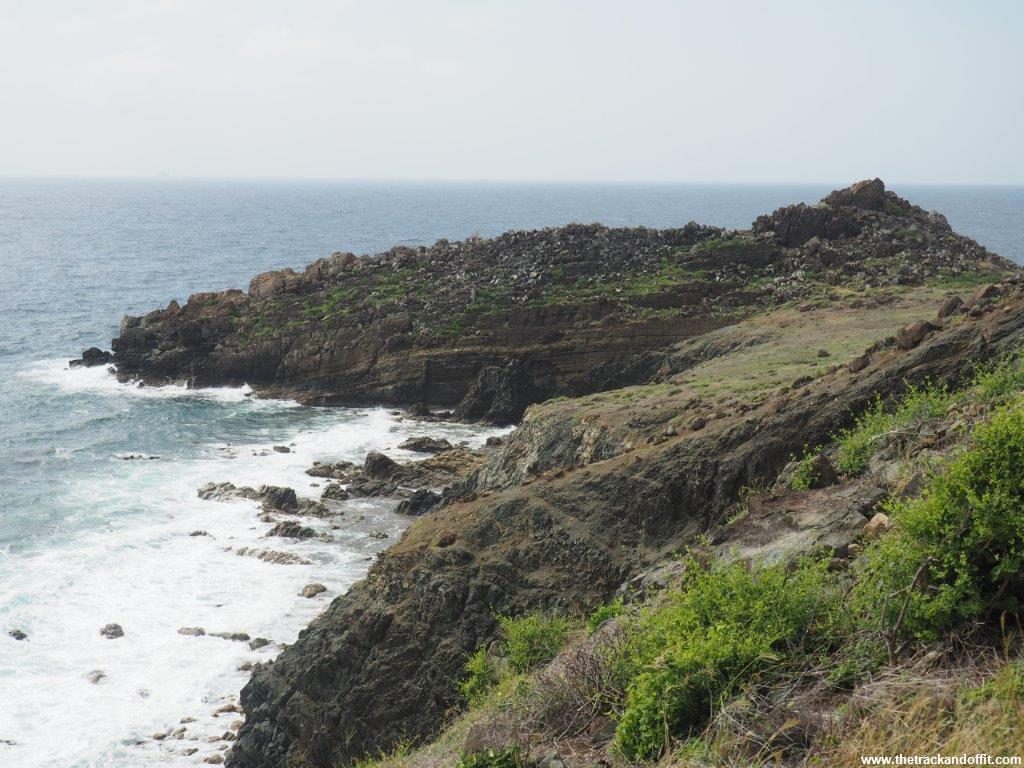 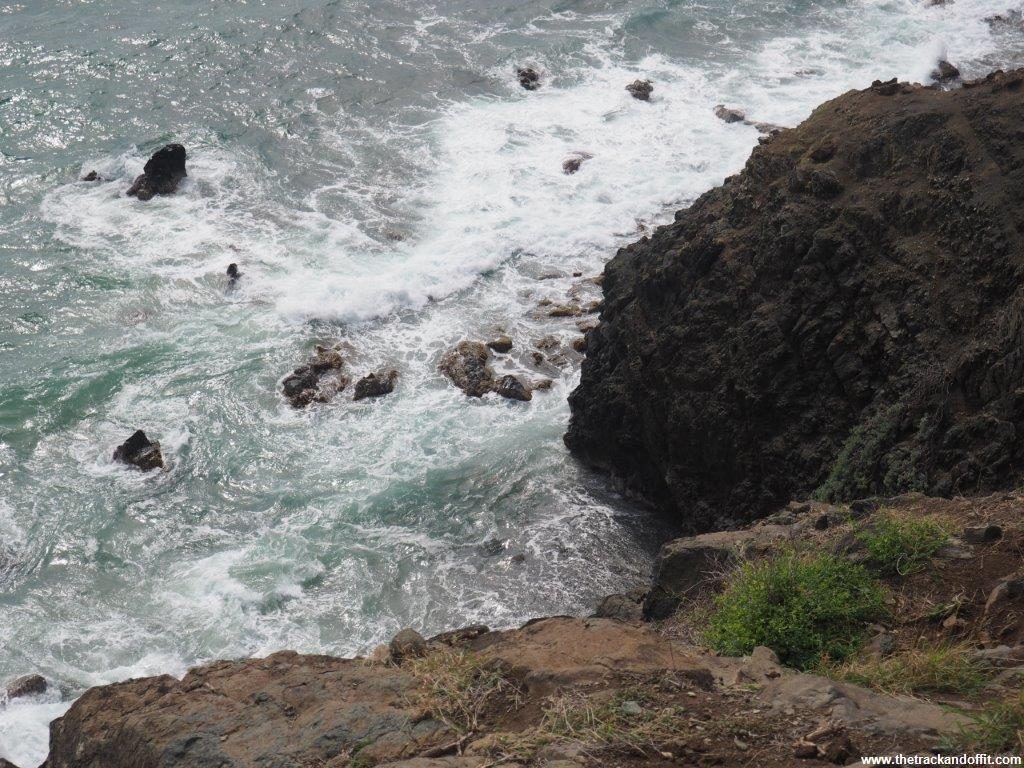 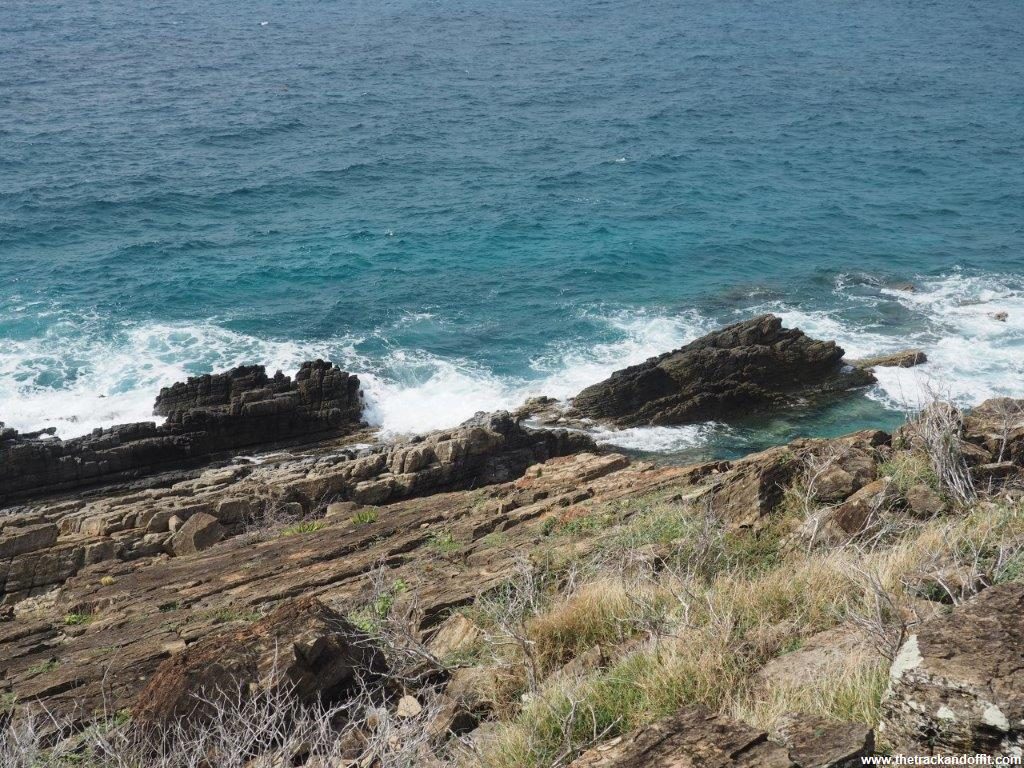 We lamented the absence of iguanas.

There are tidal pools that look so inviting at the town end of the hike. 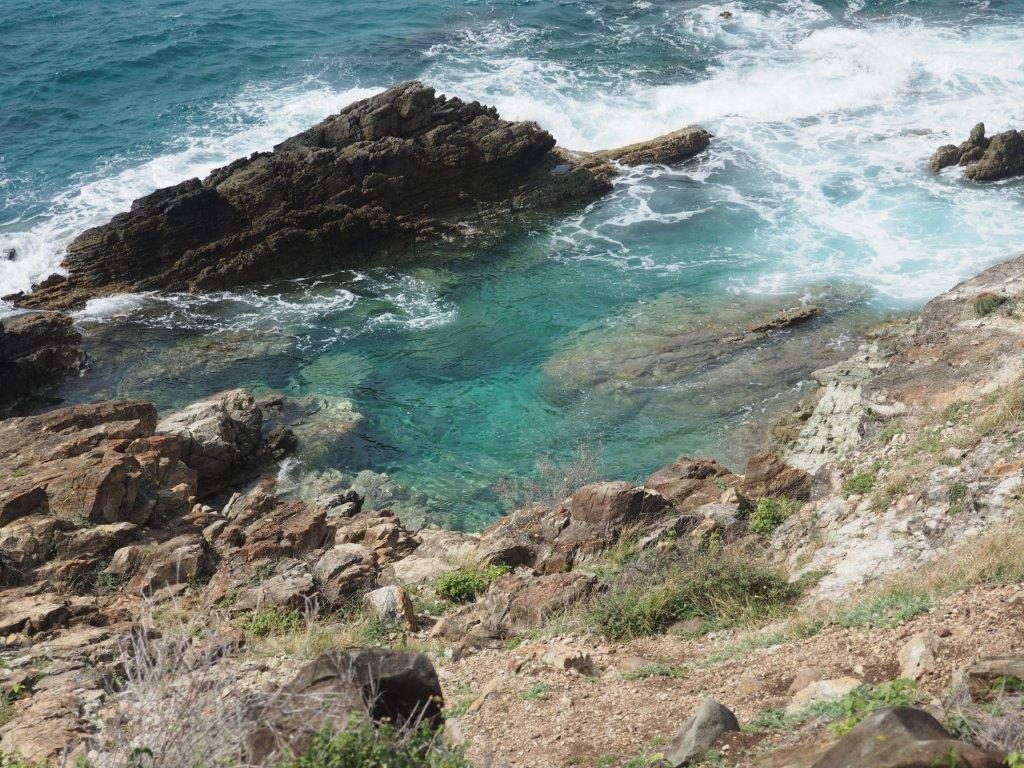 It is possible to get a taxi to drop you off and one end and finish the hike in town, but with our car back at Iguana Bay, we hoofed it back along the coastal path.

We discussed the lack of Iguanas on this, Iguana Bay Hike.

Until we turned the corner and caught sight of this little guy: 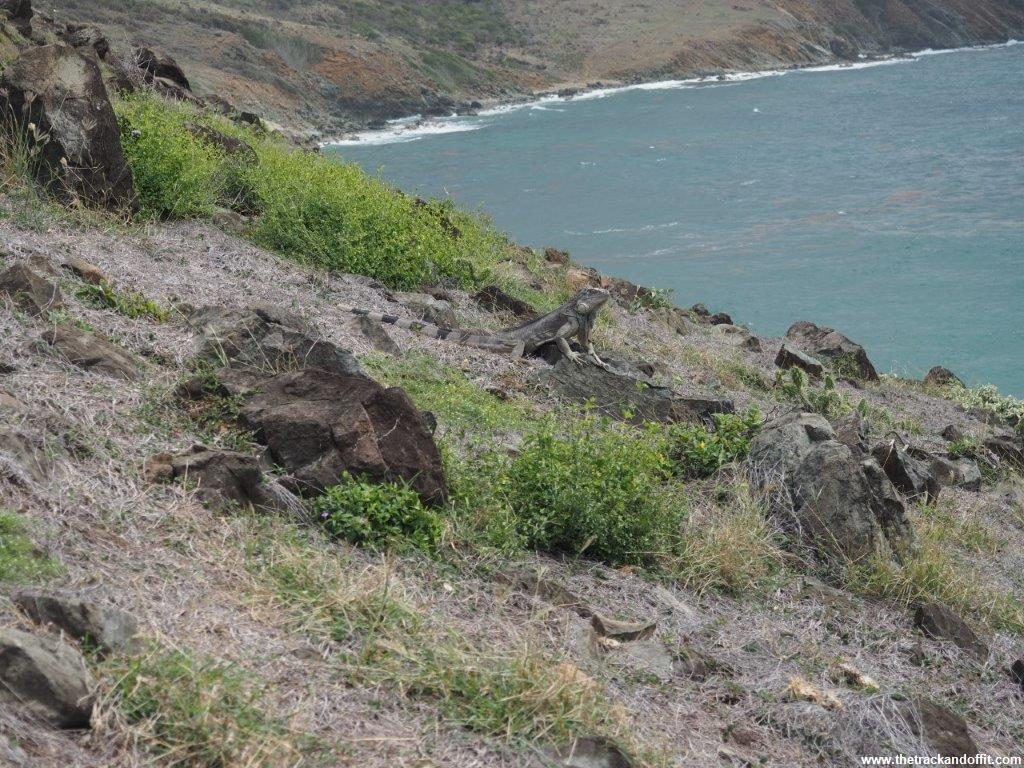 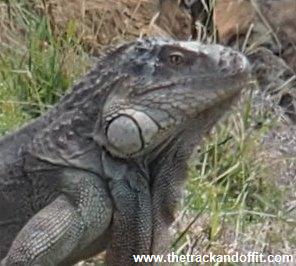 Suddenly, everywhere we looked, there was an iguana on a rock, behind a rock, crawling towards a rock or camouflaging themselves in the grass. I think I counted a dozen.